The Fourth Jewel of Earth 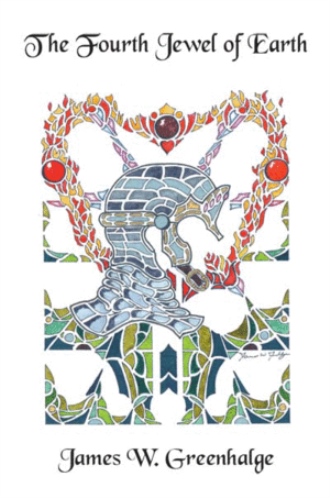 His companion turned to face him, grasping him by the shoulders, but it was too dark to see the grim determination on his face.  Their eyes met, glittering in the starlight, and he shook his head slowly.  “At this very moment in your human history, the is gone, Traveler, swept away by Jerebo’s rebellion and the works of the enemy.  The temple you saw has been utterly destroyed.  The Sons of the Earth have been killed, scattered, or led away into captivity in distant lands.  The Kannim has returned to barbarism and idolatry.  There are so few believers left in the King’s plan that the enemy has established spiritual principalities over the entire planet.”  He hesitated, letting the impact of his words sink in.  “These times are very dark.  Even now, the prince of ...”

He spun around to face something unseen in the darkness.  His senses alerted him to approaching danger.  In that same moment, his flaming sword appeared in his right hand, radiating golden light around them.  On his left arm there suddenly appeared a shield whose surface radiated such a brilliant white light that no human eye could behold it.  Great gossamer plumage unfolded behind him, arching high and wide like a huge eagle’s wings.

“Arm yourself,” he ordered sharply, shifting his balance to the balls of his feet, flexing his knees and stiffening his back, as though anticipating some imminent attack.  “It is a trap!”

The Traveler was slow to react, failing to perceive any threat.  He peered out at the darkness, trying to understand their predicament, but that was the wrong place to look for guidance.  Thinking better of it, his gaze fell to his pendant about his neck.  Beneath his chin, enfolding the pendant in a delicate embrace, was his shining breastplate made from the same ethereal, white-golden metal.  And upon the breastplate, centered like a cross upon his chest, was the hilt of his marvelous helical sword, its cold, blue flaming blade only partially seen shimmering above the handle.  The jewels in his pendant were glowing brightly.  Strange, he thought, they only glowed so brightly when—

The very air around them exploded in a maelstrom of red hot flame.  Yad’el’s body and enormous wings shielded him from the initial blow, but even the towering angelic presence staggered backward under the magnitude of the surprise attack.  The Traveler was shocked, gaping in awe.

His companion sprung into action, swinging his sword in a vicious arc through the enveloping flames to smash against the shield of some unseen assailant.  The Traveler glimpsed a snarling gargoyle face through the blaze.  The force of his guardian’s blow changed the demon’s trajectory and he sailed away from the Traveler.

“I need the King’s protection,” gasped the startled Traveler.  Instantly, the breastplate became firm and solid upon his chest, and the ethereal sword sprang to his right hand.  Now its blue flame surged outward with unfathomable power, growing to its full length.  On his left arm was the large, round shield, emblazoned with the rampant lion pouncing upon his enemies.  His head was helmeted and his loins were girded with the leather belt that repeated the rampant lion motif on its central disk over his abdomen.

“Stay behind me!” shouted Yad’el, bringing his sword back in a reverse motion that deflected a jabbing thrust by a long spear that materialized through the bright wall of fire. 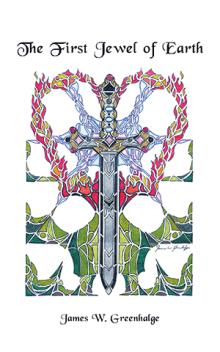 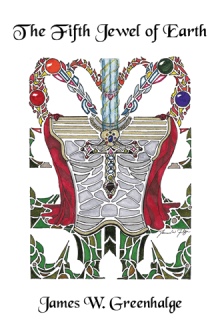 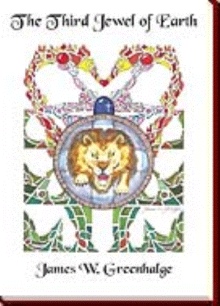 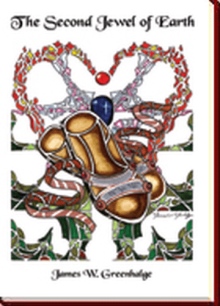 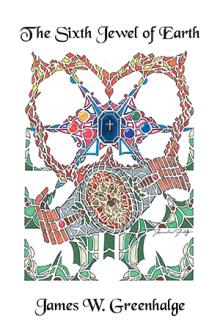 “You were once given a helmet.”

“A helmet?”  The Traveler thought for a long moment.  “Yes, Soterion—the defender,” he affirmed.

“You must learn to wear it in battle,” instructed the Preacher.  “You take so many blows to your soul because your intellect is open to the enemy.”

Ishi shook him gently.  “Every day is a battle, Traveler!  Take every thought captive, remember?  Salvation is forever, and yet the need for it occurs in the daily battlefield.  You must work it out with reverential fear and trembling.  Wear your

Fourth in the Jewels of Earth saga, this novel sends the Traveler careening through human history, searching for the mysterious Omnipoint.  He must find it! His supernatural guardian has warned him that beyond was only utter and eternal darkness. Meanwhile, the black magic of the Cabala is distorting reality around him, humanity is dominated by animal compromises, and his immortal enemies seek his life.  Is the beautiful unicorn shadowing his every move a fellow traveler or a dangerous deception?

How can any of this be human history—his history—your history?

Life is a journey—we all travel!  If we begin with the premise that there is a design to this universe, then the truth of its construction is just waiting to be discovered.  The Jewels of Earth saga follows the exploits of a traveler exploring that design—in his own life—and in a journey through time seeking the components to a mysterious pendant that allows him to see the world as the King sees it.

A traveler at heart, Jim’s interests flow easily from one topic to another - past, present and future.  Fascination with the scientific method leads seamlessly into the imagination of science fiction, while a love of history and human culture competes with a sense of the mystical and the magical.  The Jewels of Earth series is a narrative compilation of his inspirations, observations, lectures, and research collected over forty years.  His humor, intellect, insecurities, his Christian faith, his strengths and weaknesses, all emerge through his writing, hopefully encouraging his reader to walk along with him, finding jewels to contemplate and treasure in their own lives.

A graduate of the of and the University of Nebraska College of Law, Jim has been a practicing attorney, an adjunct professor with the of and , and a guest speaker at many conferences and gatherings.  Traveling through life with Mary, his wife of thirty-one years, he has been blessed with a son, a daughter-in-law, and a grandson.

“There is a design to the universe.  Science and theology only confirm this.  The frictions arise when we hold fast to the doctrines of human thought found in either discipline, rather than pursuing Truth.  There is a Designer and a plan; with humble supplication and an open mind, He is willing to share it with us.”