Stories of the Survivors

by Dave and Jane Long 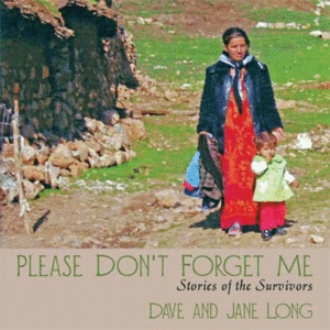 While I was in the hospital for the first of my two surgeries, I was awakened in the middle of the night with a phone call from Dave. The hospital was extremely gracious to me in that, knowing Dave was in , they gave me my own separate phone line so the main hospital telephone operator wouldn’t hang up on his phone call since there was a 3-6 second time delay in the phone calls. When I answered Dave said he had someone who wanted to talk to me. Since I knew no one from , my curiosity was piqued. Dave told me the gentleman’s name was Ali Hussein who was one of his interpreters. Ali said, “Thank you, thank you, thank you, for letting handsome American husband come to to help my people!” I later received several emails from Ali, still saying thank you. Ali’s phone call and emails confirmed in my mind that Dave was where he was supposed to be. It somehow made what Dave was doing real and made it easier for me to wrap my head around the whole thing from thousands of miles away. It also made me very proud of Dave

This is a story of God's grace in adversity when a husband leaves his family in the U.S. to go to Iraq to train Iraqi police in 2004. Shortly after his arrival to Baghdad, his wife at home is diagnosed with breast cancer. It is a journey of tears, faith, trust and God's guidance that led Dave and eventually Jane after her battle with breast cancer, into Iraq. It culminated with bringing an Iraqi translator whose life was in danger, to the U.S. as a refugee.

Co-authored together by husband and wife, Dave and Janie Long....Dave Long is a 30 year law enforcement veteran, now retired. Dave was the Police Departments' Detective and Crime Scene Investigator. Janie has worked in the local school system for 19 years as an aide and substitute teacher and has worked the last 8 years in the alternative high school system. The Long's have two grown children, Matt, who is married to Carrie; and Sarah who is married to Dan Austin. The Long's reside at the foot of the beautiful Big Horn Mountains, in Buffalo, Wyoming.