Introducing His Life and Teachings 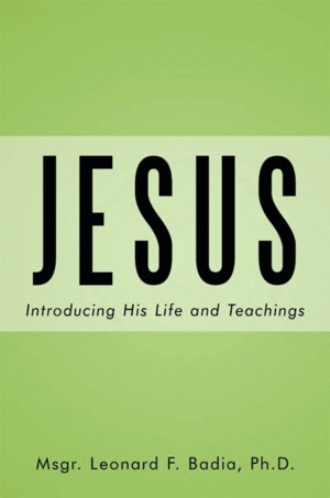 The entrance of Jesus into the world changed the course of history. Many people have viewed him differ­ently. All Muslims acknowledge that Jesus was a prophet and a messenger of God. Many Muslims believe that Je­sus will return to earth before the final judgment, con­quer evil forces and usher in the reign of God. The Hindus today accept the divinity of Jesus, but not that he is unique. Generally speaking, Marxists reject all gods in­cluding Jesus Christ. For Lenin, Jesus never existed and was a mythical invention. However, since the late 1960s, among the Marxists, there has been a revived interest in Jesus. First, there is an acknowledgment that he existed. Second, neo-Marxists are solely interested in his social messages. Other groups also have an opinion about Je­sus. Of course, for Christians, he is the Son of God, truly human and divine.

Yet there have been people who have asked: How do we know that Jesus ever existed? The existence of Jesus outside of the writings of the New Testament is men­tioned by three Roman writers, Suetonius, Tacitus and Pliny the Younger, and by the Jewish historian Josephus.

1.   Suetonius (Life of Emperor Claudius 25:4) men­tioned the expulsion of Jews from in A.D. 49 be­cause of their riots at the instigation of Chrestus. Suetonius wrote around A.D. 120 and, like many Romans, considered Christians and Jews as members of the same religious sect. What is most significant in this piece of evi­dence is the point that by the middle of the first century, a strong testimony to Christ was made in the capital of the Roman Empire ().

2.    Another Roman writer, Pliny the Younger (Epistle10:96ff), who was governor of , wrote a letter to the Emperor Trojan (c. A.D. 111). He asked for advice in the matter of dealing with Christians who come together at fixed seasons and sing hymns to Christ as a god.

“They got their name from Christ, who was executed by sentence of the procurator Pontius Pilate in the reign of Tiberius. That checked the pernicious superstition for a short time, but it broke out afresh not in Judea, where the plague first arose, but in itself where all horrible and shameful things in the world collect and find a horn”

city of in A.D. 64 during the reign of Emperor Nero. Nero blamed the Christians for the fire and so put to death many Christians. The value of Tacitus’ writing is that he did not secure his informa­tion about Jesus’ death from a Christian source. Tacitus did not use Jesus’ proper name; he used the word Christ, the religious title which was used by Christians outside of as a proper title for Jesus.

4. The Jewish historian, Josephus, wrote the history of his people and the Jewish-Roman war (AD. 66—70). In his work, Antiquities 20,200, he wrote: “James the brother of Jesus who was called the Christ.   This pas­sage was in reference to the stoning death of James who was an apostle of Jesus. 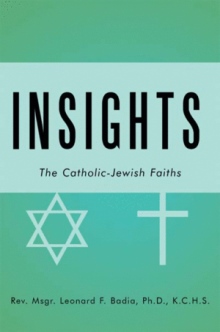 Jesus: Introducing His Life and Teaching is a concise summary of the human and divine Jesus.  It explores key biblical issues: the resurrection of Jesus, the humanity and divinity of Jesus, The Dead Sea Scrolls and Jesus’ human knowledge and the Shroud of Turin.  The last chapter discusses practical questions about Jesus.  Did Jesus have brothers and sisters?  Did Jesus predict the end of the work?  What about the virginal birth of Jesus? Do the gospels record the exact works of Jesus?

Msgr. Badia writes in an informative, simple and very practical style in line with the best modern biblical scholarship.  He portrays the historical Jesus found in the New Testament writing with great liveliness and charm.

This book makes a valuable introduction or textbook for high school and college student as well as discussion groups or classes since each chapter is followed by a series of discussion questions.

Msgr. Badia is a priest of the Brooklyn Diocese and presently retired and living and working in the diocese of .  He was formerly a professor and chairman of the Philosophy Theology department at in .  He is a member of the Brooklyn Catholic-Jewish Magazine –Dialogue Today.  He received the title of Canon of the Catholic Church from the Polish bishops for his Catholic-Jewish work.  He has published other books and religious articles.  His email is Frbad@aol.com.