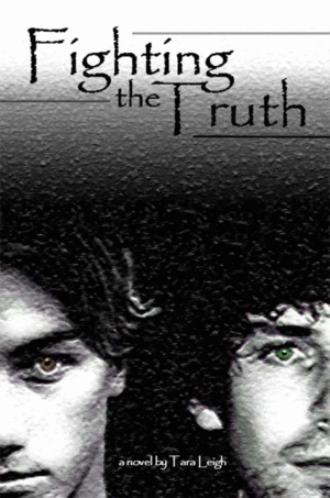 Nathan rolled out of the familiar groove formed on his side of the bed and stared at the harsh red numbers of his clock.  He thought hard about what he was about to do and let out a deep sigh.  It was just after midnight.  The stars were bright in the sky—he could see them from their patio doors.
It seemed that nowadays he and Isaac were getting to bed just as soon as the moon started shining into their bedroom.  They were working men, after all, and the late nights of college life were beginning to take their toll.
Nathan could hear the light snoring coming from behind him, and he knew his boyfriend was fast asleep.  It would take more than a few noises to stir Isaac.  Nathan bit his lip nervously and looked to the clock again.  After toying with the fabric of their down comforter, he rapidly pulled back the sheets, exposing his naked self.
Six years had gone by and they still never missed a beat.  Nathan used to brag about how being with Isaac was like training for a marathon.  Tonight was different though.  Nathan couldn’t quite pretend everything was okay, when he knew that in his heart, their lives would soon be changed forever.
He quietly pulled himself upright on the bed, peering over at his exhausted lover.  Isaac was laying flat on his stomach, his arms curled up around his face, which faced the opposite wall to Nathan.  Nathan blinked a few times, focusing his eyes on the small cluster of freckles on Isaac’s shoulders.  That cluster was one of the many features that made Nathan fall in love with him.  He thanked God every night for bestowing those freckled shoulders into his care.
He remembered the first time he noticed those freckles.  They were on a beach during junior year spring break.  Just a couple of seventeen year olds trying to make the best of a crappy vacation.  Everything was insanely expensive, the food was average, and the people around them were too old and outdated for Nathan’s liking.  But he figured that was a small price to pay for the memories they’d share together forever.
Isaac had considered himself lucky when he won two tickets to Florida from a late-night radio show.  With all of the hype about the glorious Eastern beaches, he was proud to accept the prize.  Of course, he hadn’t known that the vacation destination was Ft. Pierce, which was predominantly a retirement community.  He was mortified.
Nathan didn’t care.  Of all the people in the world, Isaac had asked him, his best friend, to be his guest.  To Nathan, it wasn’t a bad situation.  He wasn’t going to get down just because they were two of the only teenagers within the entire city.  They spent most of their time on the beach alone anyway.  There was no need for anyone else.
It was that vacation when Nathan realized he liked Isaac.  And not just in the platonic friendship way he’d felt his entire life.  He liked Isaac.  He was falling in love with him.
This insight posed a bit of a problem.  He knew Isaac didn’t feel the same way, and he didn’t want to successfully ruin their relationship by failing in trying to make it into something it wasn’t.  Isaac was more than just some guy he thought was cute.  To sacrifice their friendship for a fling would have been incredibly stupid.  In addition, it would terrorize the very image he had worked so diligently to put up.  He was with Sydney, his long time girlfriend.  Sydney had set Isaac up with her best friend a few months before.  They hung out as couples.  They double dated.  Isaac was obviously into girls.
Nathan shook his head and waved the past out of his mind.  Isaac might’ve acted the part believably, but he was putting up a front just like Nathan.  They were perfect for each other.
He lightly kissed Isaac on the shoulder, wrapping his hands around the freshly kissed spot and hugging tightly.  Remaining in that position for what seemed like hours, he gently whispered, “I love you, Zeke,” and quickly removed himself from the bed.  He didn’t like knowing that would be last time he’d say it to his face, and Isaac couldn’t even respond.  But it was better this way.  Isaac would be better off without him.

Nathan and Isaac have been best friends since elementary school. When Isaac breaks down the friendship barrier and advances their relationship after senior prom, they begin their lives together. As the years go on, they discover more about each other, and what makes their relationship work. And while Nathan yearns to walk down the street with Isaac’s hand in his, Isaac refuses to publicize their relationship to anyone more than their two best friends, Jake and Sydney. Nathan is okay with this. Having been in a relationship with Sydney prior to being with Isaac, he confides in her and cherishes her loyalty. When she confesses to having feelings for Nathan and Isaac’s good friend, Jake, he finds out how loyal she truly is. As their relationship grows, Jake and Nathan’s friendship slowly dwindles. Isaac, on the other hand, has trouble accepting Nathan and Sydney’s relationship.He doesn’t outwardly believe they are platonic, yet inwardly, he knows better. From the beginning, the reader knows that Nathan is leaving Isaac that very night. However, because of the story structure, the reason he is doing so is not revealed until much later. The first five chapters are told in flashback sequence—that is, chapter one goes back six years, chapter two goes back five years, and so on, until the reader reaches the chapter where they discover what has happened. From then on out, the story takes place in the present (though still told in the past), with occasional flashbacks here and there to keep up the theme. Once Isaac finds out where Nathan has gone—and he thinks he knows why—he drops everything to chase after him. On the way he scrutinizes he and Nathan’s relationship, and that causes him to second-guess himself and his intentions. Jake and Sydney do their best to convince him otherwise, and he once again embarks on the journey. This journey is not only physically, but also emotionally. He reevaluates his life and begins to accept himself.

Twenty-five-year-old Tara Leigh fell in love with writing at a young age, but found no real source of inspiration until her college years.  Her in-depth character analyses and study of relationships bring both fascinating and thought-provoking dimensions to her first book.  Leigh thrives on controversial topics as means for great subject matter. She currently lives in , seeking her calling in the world of careers.