History of the Association of Black Psychologists 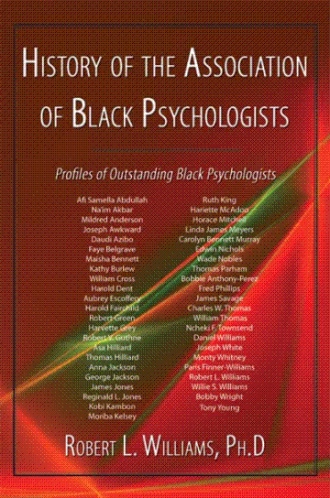 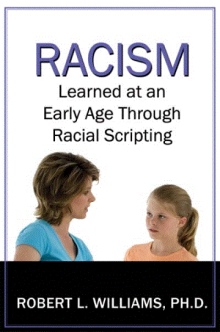 In addition, the book includes the autobiographical and biographical profiles of the lives, achievements and contributions of nearly 50 outstanding Black psychologists.  There are many hard working, dedicated, and educated black men and women professionals whose success stories have not been told.  Although their peers and colleagues respect many of these professionals, only a select few have been reported as  “outstanding.”   What is it, then, that qualifies one as being exceptional, above the ordinary and outstanding? It is hard to define in terms of human traits and accomplishments. What is easier is to provide examples rather than explanations of what it means to be outstanding. Such individuals who exemplify the definition of outstanding are many unknown Black Psychologists. This book will present some of these Scholar Activists.

It is apparent that the majority of the Black psychologists made it against the odds.  Many of these psychologists were born in southern states and had to migrate to northern states to receive a graduate education.  For Black achievement is invariably a triumph over odds, a victory over struggle. In order to receive graduate education these psychologists report how they had to overcome the destructive effects of racism.  Frequently, they were the only Black students in the graduate program.  But they still made it despite the racism present in their programs.    These are tremendous success stories.

This is an important book for all psychologists and professionals (regardless of race) in the social sciences to read. This book illuminates not just the success of a people but their struggle to victory.

A retired Washington University professor, Robert L. Williams in 1973 coined the term “Ebonics” which came into use as controversy grew around the linguistic status of Black language. He has been a steadfast critic of racial and cultural inequities in standardized IQ testing of African American schoolchildren.

Developer of the  Black Intelligence Test of Cultural Homogeneity  he published more than 60 professional articles and two books including Ebonics: theTrue Language of Black Folks and The Collective Black Mind: Toward an Afrocentric Theory of the Black Personality.

Dr. Williams has been a guest on several national television programs relating to IQ testing, including CBS's "IQ Myth" with Dan Rather, Prime Time Saturday Night, The Phil Donohue Show and The Montel Williams Show.  Most recently he appeared on Black Entertainment Television (BET) and NBC News to discuss the controversial topic "EBONICS"..   His works were, also, used for one of the "Good Times" TV programs.