Tales From Missouri and the Heartland 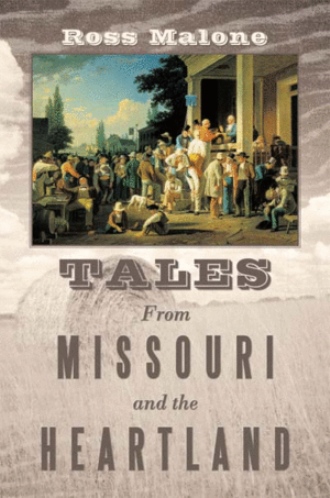 In the southern section of Laclede County is the little community of Russ. In Russ there is what remains of a log church named the Gilead Baptist Church. The logs have all been consumed by nature's decomposers and all that remains are stones. A few stones show where the foundation was and a few other stones mark graves from long ago. One tall grave stone is a monument to the pioneer Albert Hamilton.

On Albert's tombstone it says, “A good name is rather to be chosen than great riches.” When I first saw these carved words it didn't mean much to me. It was just a quotation from Proverbs which anyone might like on their headstone. Then I found out more about Albert and I understood why this was a huge part of who he was.

Before coming to Missouri Albert lived in Barren County, Kentucky. He was the son of a very prosperous man who owned many farms. Albert and his brother, John C., grew up there and learned the business of running a large operation in three adjoining counties.

One day a man arrived on horseback. He was up from Alabama and was looking for horses there in the Bluegrass State. Albert's brother John C. took an instant liking to this man and they became fast friends. John C. showed the stranger around the countryside and introduced him to many breeders.

Then the news came that the wealthy stranger had been murdered and robbed. His friend, John C. had been traveling with him earlier and was aware of the money that the stranger carried. Then they found the hidden blood-stained coveralls - John C.'s coveralls. Now, a farmhand said that he had used John C.'s coveralls while they butchered a pig and was afraid to put them back since they were covered with blood and ruined. Many did not believe the farmhand's testimony.

Betting was underway all over Barron County. Some bet that a rich man would never hang in that area. Others felt it important to show that justice was blind and that no one was above the law. Records show a flurry of activity over a period of three years as the Hamilton family bought and sold land and then personal possessions, sacrificing everything in order to pay ever-increasing legal bills and lobbying for mercy.

Finally after a verdict of “guilty” and several appeals John C. Hamilton was hung. The family was shamed, disgraced, and broke. Albert made plans to leave for Missouri with his daughter and son-in-law. They hadn't been here long when news came from distant Mississippi that another man was being hung when he decided to clear his conscience and confess his other crimes also. He described in detail a murder he had committed in Kentucky in which he ambushed and robbed a rich man then left him by the road. The people in Barron County had hung the wrong man.

People came to Missouri for many reasons. Some for adventure, some for escape, most came for economic opportunity. Albert Hamilton came to Missouri in disgrace hoping to once again have a good name and the respect he deserved. He knew even better than most of us that, “A good name is rather to be chosen than great riches.”

These one hundred short stories are inspirational, humorous, and interesting for students or anyone interested in the people and events that figured in the life of Missouri, the Mother of the West.

Learn things you didn't know about Jesse James, Walt Disney, Kit Carson, Bald Knobers, Ozarkers and prairie folks who gave us what we enjoy today. American Exceptionalism is proudly and laughingly on display in the pages of Tales From Missouri and the Heartland.

This is a great gift for students, teachers, former Midwesterners, people in the military or travelers who enjoy light reading in the airport or on the plane. Every story is bound to make them think of another story just as good.

As a retired history teacher, amateur historian, genealogist, and lifelong Midwesterner, Ross Malone brings a personal perspective to life in Missouri, past and present. He has collected hundreds of captivating short stories and used them in his classroom and on radio shows in Eastern Missouri.

Personal experiences throughout life have flavored the telling of these thought-provoking tales. The author has lived on a farm in the Ozarks, on the state's northern prairie, Missouri's Mineral Area, and the cities and suburbs of St. Louis and Kansas City. All are represented in these stories. Living the last twenty years near the Missouri River in Franklin County have also influenced the telling of stories about the state's rivers as well as the stories of Lewis and Clark and other frontiersmen.

Ross has published several articles in national magazines but this is his first book. The light and interesting subject matter will be enjoyable for anyone who ever lived in Missouri or the Midwest.