Insider's Secrets to Auditioning for Film and Television 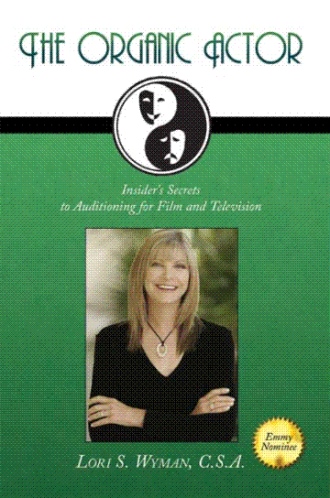 If you have picked up this book, then you have some thoughts of becoming an actor or have some occupation in the entertainment industry. So, what’s the plan? Do you have one? Do you know what you really want to be when you grow up? You need to have a plan in order to get where you want to go. It’s kind of like going on a trip and not knowing where. You know you want a beach. There are a lot of beaches in the world. You have to pick one, get information on it, get a map if you’re driving or buy a plane ticket, pack your bags with the appropriate clothing, get time off from work, save up the money and so on. You need to plan for this trip. Can you imagine you live in Washington State and you decide you’re going to go to the beach in Florida? Let’s say you’re going to go to Fort Walton Beach in Florida. “Where is that?” “I don’t know. Well, let’s just get in the car and drive. Maybe we’ll find it.” You’ll never get there!
What do you need to do? You need to look at this career as a trip. Let’s walk through this. Do you want to be a working actor? Do you want to be a star? Do you want to win an Oscar, Tony, Emmy? Do you just want to be able to pay your bills through acting or do you want to have several houses on several continents? We’ll start out with first things first.
You want to be an actor, so you need to have the skills of an actor. Where are you going to get those? You will need to take classes. Get involved with a theater group. Start doing some acting in films and on TV shows. Sounds easy, right? No, I know it doesn’t sound easy! You think, “Well, gosh, it’s easy for her to say. How do I do this?” If you have a plan, it is a lot easier than you might think. There are lots of
websites these days that will tell you where the acting classes are in your area. Look them up and call some of them. Find out if you can audit one. Ask people who have taken classes at this establishment and get their opinions. Usually, the better classes are not advertised in the newspapers, so be aware of those. If you can get involved in a local theater group, you can network with the other actors and find out where they have studied. There are also organizations in your area. Every area has film-oriented organizations. Find out about them. Go on line. We have such a wonderful opportunity now that was definitely not available to me when I first started out in this business. There was no such thing as a personal computer. There was no such thing as Google. As a matter of fact, there was no such thing as a cell phone, which everybody needs. There was no such thing as a fax machine, answering machine or a pager. None of these things existed. Now you can get information at the drop of a hat, so utilize the technology that’s available to you.
One of the easiest things to do is become an extra in a movie or a TV show that might be filming in your area. Call your local film office and ask them which projects may be shooting in your vicinity. Ask them who the extras casting company is and get their number. Call them and find out what the procedure is to become an extra. We’ll talk about that in greater detail in another morsel. Usually, you just need to send over a digital still or a Polaroid with all of your statistics, such as your name, phone number, sizes and sometimes even your automobile information. The pay isn’t the greatest for a day’s worth of work, but the knowledge you will gain from working on a set is priceless. Watch and listen and be prepared. Talk to the other extras and find out how they might have gotten this job as well. Find out if they have an agent and get names and phone numbers. This is the best way to get your foot in the door.

"The Organic Actor" is a unique book, combining the technical with the psychological aspects of the auditioning for film and television world. This book deals with concerns that affect every actor who auditions. It is a MUST READ if you intend to pursue acting as your career or even if you'd just like to dabble in it.

Emmy and Artios award nominee Lori S. Wyman, has combined 28 years of casting for television and film projects with her passion for actors by writing this must-read book about auditioning for film and television. Lori is considered one the top casting directors in the entire southeastern United States and continues to cast high profile projects. She is a member of the prestigious Casting Society of America and the Academy of Television Arts and Sciences. Lori has been coaching actors for over 20 years in addition to her casting responsibilities, and has written this must-read book at the insistance of her many students. Lori is married to well known character actor Marc Macaulay and is the proud mother of her daughter, Ali.