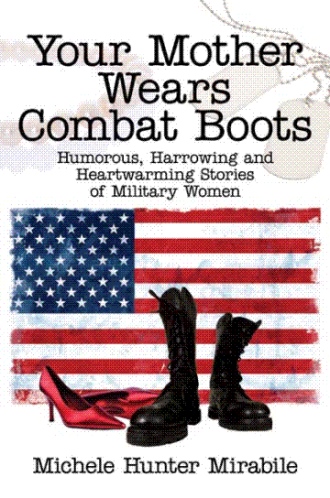 After flying Hueys for twenty years, I had just completed Blackhawk transition, and was in readiness level progression.

While preparing for a night training mission with my instructor, CW2 Grayson, we had finished our pre-flight and were getting our gear together and heading out to the aircraft when we got a call from Hill Air Force Base. An F-16 fighter jet had crashed into the Great Salt Lake, and the pilots had ejected and were down in the water. Life flight was not equipped for water rescue, and though we were ready to launch, we were unprepared for a nighttime medical rescue. But the pilots, who were about a hundred miles away, had already been in the water for thirty minutes, so Grayson made a command decision for us to go out there, because it was a matter of life and death.

It was in the hours of darkness by the time Grayson, myself and three crew chiefs cranked up, got our night-vision goggles checked out and set out for what we had been told was a downed pilot, or isolated personnel pickup mission.

To the south, it was a wonderful night. The skies were crystal clear and open. But north, snow showers and dense fog shrouded the Great Salt Lake, and not only did we need to launch into that, but we also had to cross three mountain ranges. And the one place we didn't want to be was in a fog bank that close to a mountain.

For the longest time we hugged the interstate, because out over open water there are no visual references and things are very deceptive.

Finally we saw the strobe and did a right hand turn around it. Grayson didn't want to land on top of the pilots, and we didn't know the depth of the water or if we had mud beneath us, so we wanted to put the tail wheel down first to see if it would dig in. When it glided easily, he put the rest of his gear in the water and then hovered slowly forward.

Two of our crew chiefs got out on either side of the Blackhawk and grabbed the pilot, who had a broken leg, and the flight surgeon, who had been burned in the ejection process.

Just as we got the pilot into the craft, he pointed and yelled, "Look!"

A parachute had started to billow from the water. It was coming up fast, with all its risers, and moving toward the blades . . .

Your Mother Wears Combat Boots is a refreshing collection of stories that honor the service and accomplishments of women in all branches of the United States Armed Forces. From search and rescue to historical firsts, from motherhood to combat, these unparalleled accounts of grit give the reader a glimpse of the unique circumstances faced by mothers, daughters, sisters and wives in uniform.

"Your Mother Wears Combat Boots offers a fascinating look into the lives of women who make up today's Total Force, while providing honest and insightful accounts of how they built on the experiences of the women before them, and set the standards for those who will follow." Brigadier General Tom Brewer, AUS (Ret)

"Your Mother Wears Combat Boots is a compilation of real stories written by real women who have served in the United States Armed Forces. These extraordinary women now share their remarkable experiences and their most private emotions while providing the reader a glimpse of the conditions that shaped them. They speak the common language of the soldier and the officer, a language that anyone who has ever served, or is currently serving, will understand. This inspirational collection is a must have for all servicemen and women as a reminder that they are not alone, and for the families and loved ones that support them." William Cannon Hunter, Ph.D., Cultural Studies

Born in an Army hospital and raised in an Air Force family, Michele Hunter Mirabile joined the Army at the age of eighteen, and went on to serve as a staff sergeant for nearly a decade.
Michele has written three novels, including Midnight, an award-winning manuscript, and sold countless travel articles and short stories to a variety of publications.
She loves to read, write and travel with her husband, Lou, a retired soldier with thirty-six years of service. With their family now grown, they live at the foot of Utah's Wasatch Mountains along with their cats, Misty and Roxy.