South of the Mouth of Sandy 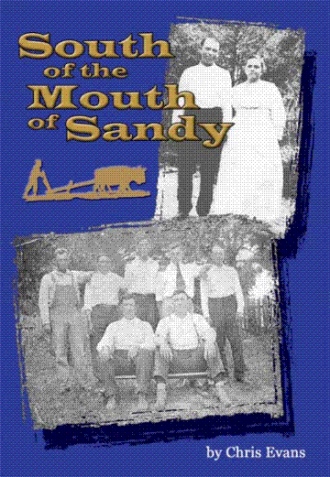 The confluence of the Big Sandy and Tennessee rivers at the Mouth of Sandy is about six miles south of Fort Henry, a famous Civil War battle site on the Tennessee River where Gen. Ulysses S. Grant’s flotilla of gunboats and ironclads overtook confederate garrisons at Fort Henry and Fort Heiman on either side of the river. The bombing of Fort Henry near Bailey’s Ferry Landing was within earshot of the Old 23rd District. On Feb. 5, 1862, the cannons shook the ground where 12-year-old Moses Evans was helping his father Ira cut firewood on an oak hillside overlooking the Big Sandy. Gen. Grant and the U.S. Navy captured Fort Henry just down river from the Mouth of Sandy. Some local men joined a Confederate cavalry unit that formed near Crooked Creek. Women and girls hid in the rugged forests when Union soldiers came through the area. Like locusts, the invading soldiers descended on the land and stole and ate everything in their paths, including chickens, cows and anything ripe or near ready in the gardens. Celia Culpepper, who would marry Elias Evans the following year, was washing clothes near a huge beech tree along a small creek near the river road when she spotted the Yankees on foot. She grabbed the family milk cow and ducked into a canebrake where she stayed quiet until the soldiers were gone. Afraid of being raped, females didn't take any chances of being in sight if they could dare prevent it. Something as sacred, too, as a milk cow was immediately shuffled away into hiding if at all possible as was any other livestock if time afforded the opportunity. Residents of the 23rd District watched from the riverbank as Grant’s army passed by on the Tennessee River the next day chasing Confederate steamers that escaped from Fort Henry. -- SOUTH OF THE MOUTH OF SANDY By Chris Evans

The May 1927 issue of True Detective magazine dealt with the shooting of Tommy Evans and subsequent investigation of the case in the Old 23rd District of Henry County, Tennessee. The True Detective article read in part, "They told me of the existence of a 'whiskey ring,' in which it was estimated that seventy-five percent of the population ... was alleged to have been engaged in this illicit whiskey business. And it was contended that (Tommy Evans), a respectable and law-abiding citizen, member of the minority faction in the moonshine domain, had openly defied the moonshiners – had became a crusader against them – and died a martyr to the cause of his convictions. Thus the motive for the assassination of (Evans) was apparent." The magazine article quoted a Paris, Tenn., minister, J.H. Buchanan, as saying that, "There are twelve men in this immediate section ready to stand for 'four-square for the right,' and there are twenty-five men over there, and I might be able to name them, who are banded together to protect and promulgate the liquor interests. The remaining citizens in this district are in the middle of the road – either in sympathy with the devil's gang, or they lack the courage to say where they stand." It was amid such a climate that this book is set. South of the Mouth of Sandy focuses on the Evans family that settled near the confluence of the Big Sandy and Tennessee rivers during the middle part of the 19th century. It traces the ancestry of Tommy Evans and tells the story of his death on a dirt road and the trial of his killer.

CHRISTOPHER TERRY EVANS, the author, grew up in Paris, Tennessee the son of Carol and Terry Evans of the Van Dyke community. He has one brother, Robert Clyde Evans. The author holds a bachelor of science degree in journalism from Murray State University. Evans resides in Marion, Kentucky where he and his wife, the former Allison Mick, own and operate a community newspaper and publishing company. They have one son, Benjamin, and two daughters, Meredith and Elliot. He and his wife are active in community affairs. They reside on a small farm where chopping wood for the fireplace remains a family tradition. To this day, Evans maintains a piece of his family heritage, a tract of property north of Big Sandy, Tenn., on Poplar Creek next to the Old 23rd District Wildlife Refuge. It was there, next to a campfire in the shadows of the Old 23rd that he wrote most of this book on a laptop computer.