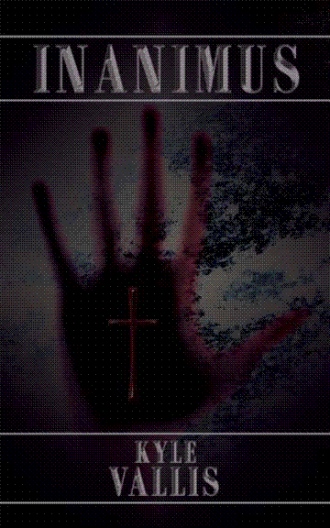 Looking around he could see for miles into the distance. The view that he was engrossed in was so beautiful; the hills rolled into the distance like motionless green waves on an angry sea. The sky, a deep blue that was unscarred by clouds, from the direction he was looking he could not see the sun but he knew it was there as he could feel its unrelenting presence on the back of his neck. As he studied the landscape before him he noticed that there were no birds taking advantage of the great blue above him and there were no animals of any kind preying on the lush land. The only thing that he could see was a small building half way up the next hill, it looked old and decrepit but it seemed to fit its surroundings perfectly. It was then that he saw a single shape moving slowly down the hill from the stone hut.

As he tried to move forward to investigate his surroundings he very quickly discovered that his feet would not move. He looked down and saw that within the entire green expanse around him, he was standing on a solid concrete slab, why was this lump of concrete here? The question triggered more in his head, the main one being, where am I? He didn’t recognise anything around him and this coupled with the fact that he couldn’t move spread a wave of panic over him. His heart began to race and beads of sweat began to roll down his face. It had seemed only seconds ago that he had seen the figure in the distance, a long way off. The shape, now recognisable as the figure of a man in a long dirty brown hooded cloak, was now only 200 yards away. How had he got here that quick? This added to his ever growing list of questions. His gaze could not leave the approaching figure, was it terror that left him transfixed? Or was it in amazement that the distant shape had reached him so quickly? He didn’t know which, but what he did know was that something wasn’t right about this situation and it scared him, a lot.

As the approaching figure got closer he saw something that turned his fear into disbelief, it was floating. He could see a six-inch gap between the ground and the bottom of the cloak, no feet to be seen. He tried to run but his feet wouldn’t budge, why? The figure kept advancing 100 yards, 75, 50 yards. He gave up trying to run it was a futile task, he just couldn’t move, 40 yards and it still moved in on him, he crouched down and covered his face, perhaps hoping that this would somehow make him invisible and that the figure would float straight past him. However it did not. Within seconds he felt a warm hand touch his shoulder and all his fear left his body and at that very moment a feeling of warmth and calm swept through him.

‘You have nothing to fear my friend,’ the voice was deep and booming but at the same time full of warmth. ‘Please stand up Carl.’

Carl looked at the hand resting on him, its spindly fingers followed the contours of his shoulder, it was the hand of an elderly person, grey skin tightly wrapped around the bones of its arthritic fingers and nails that must have seen years of growth.

His eyes looked further up the mottled hand, the cloak started at the wrist that too looked old possibly as old as its occupant. He looked up in search of a face; the origin of the voice, its features though was completely covered by the dirty hood of the cloak.

This time he did, slowly. Thoughts going through his mind of how petrified he was moments ago and he was now so calm, it was as if those frail fingers had pushed all of his negative feelings aside and filled him with the opposite. Now he stood straight, the shrouded figure didn’t quite seem so overbearing; it was more like a roll reversal. Carl stood at least a foot taller than the featureless shape next to him. He tried to talk, to ask the stranger who he was, great, not only can’t I move but also now I can’t talk, what is going on? Another question to add to the ever-building pile in his head.

‘My name is Klenton,’ his voice slightly muffled from inside the hood. ‘I have brought you here to tell you a little about your future, you will not be able to move or talk and that is purely because I don’t like to be interrupted,’ he drew in a long wheezy, shaky breath. ‘I have been in these hills for such along time with nobody to talk to so I’m not used to other peoples voices, so only I shall talk,’ he took in another long breath. ‘I am a kind of guardian angel if you will, here to guide you through your life, because you are very special, you are alive for a very different reason and that reason will become apparent to you in time………

Why you are here?

What is your purpose in life?

Carl Hallis asked himself those questions and very soon they were answered.

After losing everything close to him, he spiralled into a depression where alcohol became his closest friend and his lust for life was drained quicker than a bottle of cheap vodka.

He soon finds himself connected to a series of gruesome murders and with the help of his “guardian angel” he discovers that a strong soul is the key to the mission he was born to complete.

Hallis is thrown into a battle between supernatural brutality and the stubborn resistance of pure human belief.

Can he save the human race before the unimaginable happens?

WARNING: Beware of your inner demons.

To find out what’s next check out www.myspace.com/kylevallis

Kyle was educated and now lives with his family in the small town of , . From an early age Kyle found he had a fascination for all things paranormal and spent many years researching ghosts and other entities. It wasn’t until 2001 that his life took an unfortunate turn. He hit a low in his life and found that the only way of disposing of his hidden anger and frustrations was to write them down. So he put pen to paper (well fingers to keyboard) and using his own personal experiences coupled with his research into the supernatural the idea for Inanimus was born. Whilst writing Inanimus Kyle has spawned a number of ideas for future novels all of which will explore different areas of the supernatural.

So sit back, relax and enjoy Inanimus and let me be the first to welcome you inside the mind of Kyle Vallis.