Light of the Desert 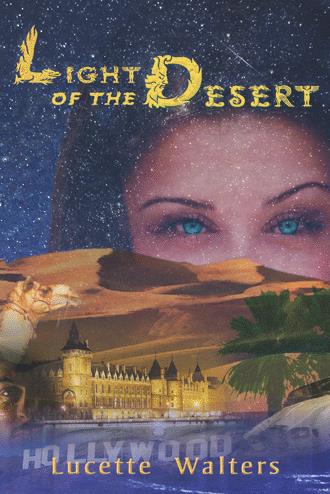 Noora Fendil, the favorite daughter of a very successful and influential Middle Eastern businessman, has the perfect life. Until one night in London. Just two months before graduating from a posh London Ladies college, and while planning her lavish wedding to her childhood sweetheart, Noora is framed by her sister who masterminded a plot to destroy Noora’s happiness. Believing she has shamed him and in order to preserve his family name, Noora’s father attempts to drown her in an act of “honor killing.” Unbeknownst to him, she survives. Barely clinging to life, she flees from her father’s mansion and is rescued by a tribe of Bedouins. Still in danger, Noora travels nearly half way around the world in search of sanctuary. All along her path she must hide her true identity, while hoping to return one day and prove her innocence. However, she is relentlessly stalked by her fundamentalist former bodyguard who discovered she is still alive and vows to bring her back to “justice.” Follow Noora on this remarkable journey of courage and survival against all obstacles. Light of the Desert shares the moving tale of a Middle Eastern woman’s remarkable journey of survival, courage, and the ultimate act of humanity. “… A truly inspiring and engrossing novel…” —Connie Harris, MyShelf.com

Born in Alexandria Egypt, Lucette Walters grew up in Paris and later relocated with her family to Chicago. She moved to Los Angeles where she pursued a career in film. She recently completed the screenplay adaptation of Light of the Desert and is working on her second novel.