Asher, Seigel, Wheaton and Rust Families in the 19th, 20th and 21st Centuries 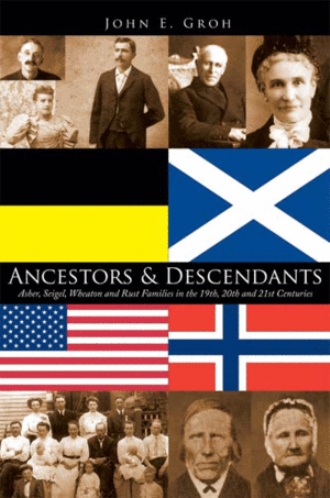 Putting together a genealogy is like trying to herd cats. Amid screeching and many tufts of fur, the job would not get done without the assistance of others. Or perhaps I should say this job would not have ended. I ended this project after rounding up enough cats to move on. Here is how it happened.

Late in 2006 I published an ancestral study of the Fritz, Groh, Waiss and Wiedman families that came together at my parent’s marriage, together with a brief history of the town where they married. New Light on : The Fritz, Groh, Waiss and Wiedman Family Legacies Meet (2006) should have turned me from genealogy, but rather it prompted my spouse Nancy Asher to ask, “When are you going to do my side?”

“Any time you want,” I boasted without thinking. She called my bluff and you hold the result in your hands. This volume covers almost 1,000 individuals (992 at last count) and 652 families, with research from the 18th to the 21st century.

Part I includes almost two hundred pages of photographs arranged alphabetically by surname, with identifying captions. The Index includes the persons identified in the captions and directs the reader to other pertinent data in the book.

“Ancestors and Descendants of Simon Seigel (d. 1909)” (Part III) starts with Margaret Elizabeth Seigel’s grandfather on her father’s side. Part IV, “Descendants of Thomas Wheaton,” reveals the ancestry of Margaret’s maternal side, while “Descendants of Samuel Washburn (b. about 1782)” (Part V) covers some of her other ancestors.

Part VII includes recipes from the “Asher Cookbook” of the 1950s. Descendants in the William Leslie Asher family submitted their favorite recipes along with others from earlier family members.

Most living descendants in this volume are American or Canadian citizens, but the ancestors of Nancy, Carol and Martha Asher made up a veritable United Nations. The Asher clan came from ; the Seigels hailed from the in with Elizabeth Jones, wife of Simon Seigel (d. 1909), immigrating from ; Hans Olsen Rust and his wife Ingebjorg Colbjornsen arrived from ; and the and Andrew clans lived in the northeastern . 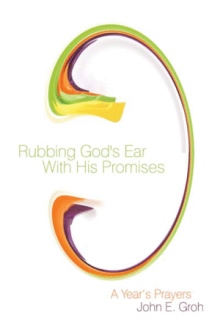 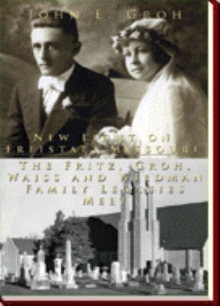 This lively story covers three immigrant families who came to the United States in the 19th century to make new lives, and a fourth clan already living in the states. The Ashers arrived from , the Rust-Hanson family from , and Simon Seigel from along with his spouse from . Already located in the Northeast, the family and its Andrew component made a singular contribution to later descendants.

The book traces the back story, legacies and offspring of these families, along with their contributions to American and Canadian history. The lives of descendants included service in the Civil War and two World Wars, and contributions in medicine, business, education, religion, the arts and social care. The work has over a thousand photos that supplement biographical information on nearly a thousand individuals and six hundred and fifty families.

received his doctorate from the and brings a wealth of experience to his writing. A pastor, professor and real estate investor, he retired from the USAF Reserve as a colonel. He has written two volumes about the USAF Chaplain Service in the 1970s and 1980s, and other books and articles. His most recent work is New Light on : The Fritz, Groh, Waiss and Wiedman Family Legacies Meet (2006). John lives in Scottsdale, Arizona with his wife Nancy.