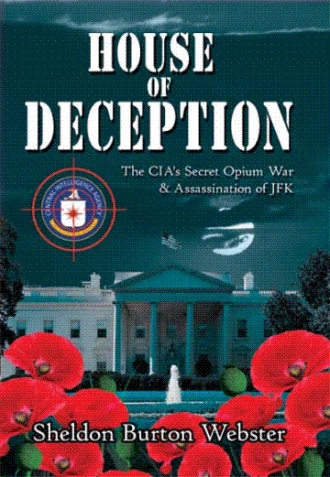 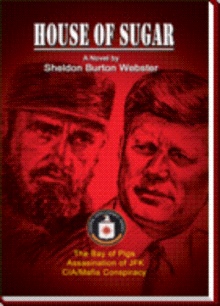 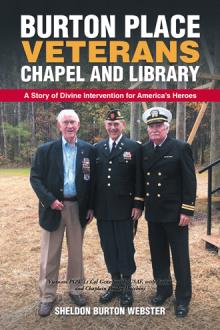 Characters from Sheldon Webster’s House of Sugar, including the intrepid Special Forces lieutenant, Tex Morris, and the sexy BBC correspondent, Holly Woodson, return in the House of Deception to reveal the truth of the CIA’s Secret Opium War and assassination of President John Kennedy.

The novel pays tribute to the thousands of patriotic Americans, while exposing the rogue politicians and public officials, some real, some fictional, who create the House of Deception. One of them is CIA officer Axial Hanson, a Skull & Bonesman who formed the deadly Mafia conspiracy and uses his ambitious but corruptible young associate, Walter Elliot III, as his henchman.

The House of Deception unveils the Kennedy and Johnson Administrations’ blatant manipulation of the democratic process to declare war in order to achieve political agendas. The book makes public Washington’s use of the Golden Triangle’s “White Gold” to fund the Secret War and addict thousands of GIs to opium.

This is the story of two lives destroyed by the House of Deception — Lee Oswald, the young Marine fingered by the Warren Commission as the President’s assassin, and New Orleans District Attorney Jim Garrison, whose investigation of JFK’s murder failed to prove Oswald innocent.

In the Vietnam War, America paid the ultimate price with 58,000 lives, a small fraction of the 7 million Southeast Asians who died from the unconscionable abuses of the House of Deception.

Sheldon Burton Webster was born in in 1944 and graduated from . He served as a captain in the United States Army before beginning a successful career as a CPA turned writer. Mr. Webster is an avid conservationist, sportsman, and mountaineer having climbed three of the world’s seven summits. As a world traveler he has visited a hundred countries in his quest for adventure and research. His literary accomplishments include The Betheaden Road, The Voyage of the Encounter, and House of Sugar.