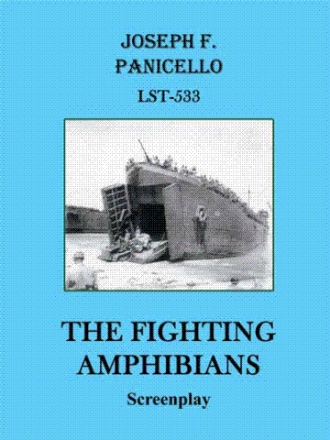 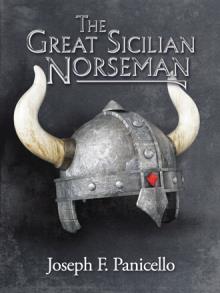 THE FIGHTING AMPHIBIANS, The LST of World War II, is a feature film screenplay taken from the novel, A SLOW MOVING TARGET. The script contains many authentic stories about the turmoil and hardships that the Amphibious Fleet endured during beach invasions in World War II.  To enhance the military adversities, the story revolves around the personal lives of five young fictitious sailors who, in 1942, enlist in the U.S. Navy to defend their country against the Axis.

They come from different parts of , meet in boot-camp and become life-long buddies.  After boot-camp they were transferred to the dreaded and perilous Amphibious Fleet of LSTs (Landing Ship Tank), because the LST is truly a Large Slow Target having the reputation of a brief life and a sitting duck during an invasion.

In this screenplay each principle character presents his/her own unique and unusual experiences.  The main character is Johnny Maroni, who attempts to keep the group together and preserve their friendship throughout the war. They call themselves The Five Amphibians.

The Five Amphibians are later split-up and are transferred to different LSTs which compelled them to fight in separate campaigns in both the Pacific and Atlantic theaters.  They communicate through Johnny’s sister, Angela, who rewrites their letters to the different Amphibians.  Throughout the war only one Amphibian is killed in action.

Joseph F. Panicello has thus far produced 11 screenplays and 6 books.  The screenplays are: Vindicated, The Fighting Amphibians, The Wheeler Dealer, The Dealer (same as Wheeler except no flashbacks), The Sicilian Norseman, Brian’s Comet, A Man of Destiny, and TV series: The Murder, If No War on Terror, The Mirror Man and Supernatural Girl.

Joe was interviewed on , by Hostess Wyn Walder for one-half hour on her Adelphia Cable TV talk show, “A Better World.”  He discussed his screenplays, his books and how he got started in writing.

Joe is a World War II veteran serving in the Navy on LST 533 for two of his three years of enlistment. He has two older brothers who served in the Army, Carl and Thomas.  Tommy was wounded in the battle of the Bulge and has since passed on.

Prior to his writing career, Joe maintained a successful 40 year career as an Electronic Engineer and Manager for Lockheed Aerospace and Bell Telephone Laboratories.  He received his college education under the GI BILL from Rhodes Prep. in in 1950, at RCA Institute in Advance Technology in 1952, and at of Engineering in New in 1959.

Joe was born in Queens New York on .  He was married for 30 years to his late wife, Rose, and is now married to his lovely wife Barbara.  Joe has three daughters, Jo Ann, Marie, and Teresa and six grandchildren.