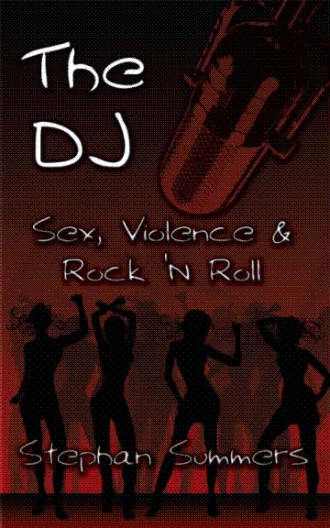 The shift came to an end.  The phones were uncharacteristically quiet and dull that night.  So they put all their records away, shot the bull with Jason for a while and headed out down Highway M to Camelot.  They crossed over a railway bridge, which gave them a view of a dark countryside about to go into the convulsions of fall.  Tim’s stereo was blasting ‘KBS’ to the endangered species that lived and perished near all county highways.

Coming around the corner just after the bridge, they found themselves staring into the high beam of a car that had just crossed the centerline for a second time.  Tim swerved hard to the right and just creased his fender against the oncoming rush of a cancer ridden iron monster.

“Mother Fu...”  Was all Tim could get out of his mouth before the sight of another car took his attention away.  About 500 feet ahead was a car on its back spilling premium gasoline that had just reached 50 cents a gallon.  Tim’s headlights illuminated a young woman in her mid-twenties battered and bloody trying to crawl away from the wreck.

“We’ve got to help her!  Pull over quick!”  Mario barked in the best of medical articulation.

“I hear that!”  Tim answered as he jammed on the brakes sliding the last 50 feet or so.

Before the car had stopped Mario was out with his ever-present bag in hand.  The dying woman was bleeding profusely.  In a matter of seconds Mario was able to calm her and begin first aid.  He had to stop the bleeding or she would have past on right in front of him.  He worked feverishly and expertly to slow the flow to a trickle.  Just as he was beginning to breathe easier she began to thrash around and scream hysterically.

Tim looked from her back to the car and said “No.”  He said just as the car flashed bright orange turning it in to a high-octane crematorium.  Reach, row, throw, and go as the lifeguards used to say.  Without thinking Tim ran toward a developing inferno and reached it as a rear tire exploded in his face.  Knocked down and stunned he began crawling on his hands and knees.  He kept reaching into the seething wreck, flailing his limbs in to the passenger side.  Burnt offerings.  The heat was beginning to singe his hair, beard, face and arms.  “Wouldn’t Cheryl love this hairstyle”, was one of a number of strange thoughts that were passing through his mind.  Tim cried below the roar of the flames as the pain intensified.  His arm reminded him of a delicious roast his mother once fixed for him.  Just as he couldn’t take anymore seasoning, he felt a tiny hand.  At first he thought it was a doll. But its sudden scream startled Tim back from the dream he felt like he was in.  He pulled the 10-month old child out of the burning wreck.  All he could do was crawl dragging the infant along.  Once safely away, Tim collapsed next to him; exhaling Goodyear polyglas radial gas instead of the usual Marlboro carcinogen.  Mario was still working on the semi-hysterical mother.

“Need any help?”  It was a calm question in a soft voice that came from a long haired woman passing by on a bicycle.

Mario paused just long enough to check out the baby.  He didn’t look bad, just a few bumps and scratches.  Kids can come through these things miraculously unscathed.  Must be one of God’s blessings on the children he thought.  The mother was beginning to calm down.  She calmed down to sobbing, as much from relief as from the dull throbbing pain.  Tim and Dr. Mario talked to them and told little stories to help relieve the stress of what had just happened.  It helped keep their minds off what might have been.  It seemed like forever but it was only 10 minutes from the accident to when they heard the first faint sounds of a siren that might be coming their way.

“How does it f 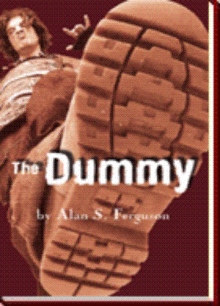 It’s 1972 and Tim Covelli is about to graduate from the .  And like all young graduates he wants to have fun!  So he chooses the never-ending party ways of FM progressive rock radio.  Sex, broadcasting, sex, dope, sex, parties, rock ‘n roll, sex, heavy drinking, sex, hard driving heavy metal rock ‘n roll and of course, more sex.  The job is perfect!  Tim is very good and he has excellent ratings.  But that’s a problem.  He has one too many loyal listeners.  And this listener adds a new vocabulary word to the 1970’s lexicon.  Serial Killer!  For what starts off as ordinary requests escalates into a terror that strikes ever closer to Tim.

He is rich in mind, body and spirit.  He could be a life coach since he’s faced so much adversity and lived to conquer it.  He’s a wandering spirit who has lived all over the country and he never likes to stay in one place very long.  His main interest is in writing about how and why people interact with each other.  He’s a sensitive writer who loves to explore the erotic attraction that men and women have for each other while balancing it with the terrible things they do to each other.  And yes, he was a progressive FM DJ in the crazy early days of FM radio; and he lived a life similar to Tim’s.