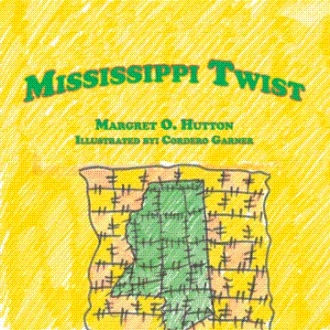 Is the mmm hump back, hump back, crooked letter I or is it the sound of southern blues coming from the sax and the bass guitar?

What exactly is the Mississippi Twist?

Explore the rich natural beauty of Mississippi through the brilliantly designed pages of this hot new book!!

Margret Hutton was born March 10, 1973.  She is the proud mother of two children.  She is also a single parent and the survivor of a terrible car accident in 2005.   She has always wanted to be a teacher and a writer, which have been accomplished with God's help.

Her educational background includes a high school diploma, received from Utica Consolidated in 1991 and a Bachelor of arts degree in Elemenntary Education from Tougaloo College in 1997 with concentrations in English, Art, and Math.  She obtained her teacher license upon graduation from her alma mater in 1997..

She has written several poems, in which two have been published in a local newspaper in her hometown, Winter and A Patriotic Melody (a dedication to the 911 victims and their families).  She has also worked with a local area producer on a comedy television series.  Her roles on this series included an Egyptologist and Aunt Jeminma. She also helped to design characters for this series such as, the Daugthers of Kemitt, the Sausage Sandwich Sisters and the Sausage Sandwich Family Singers.

Ms. Hutton is living proof that dreams do come true if you put God first and never let your situation define who you are.  Always believe that you can do all things through Christ, which strenghten you (Phillippians 4:13), and always look to the hill from whence your help cometh (Psalms 121), and watch the "impossible" dream(s) become "possible".