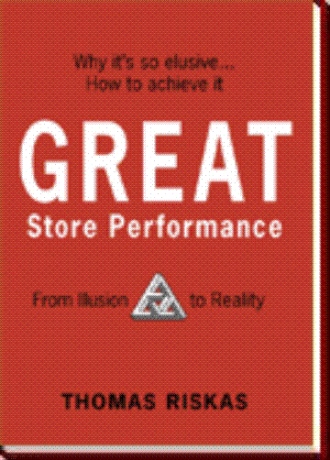 How do field executives approach the objective of improving store performance? Many retail executives have insisted, before being observed in action, that the way they visit stores is very different from what the research describes as the “prevailing approach” of retail field leadership.

One District Manager (DM) we worked with saw himself as part of what he referred to as “the new breed” of DMs, which coaches more, asks more questions and provides fewer directives. Asked to explain this approach in more depth, he said that, unlike his “old school” colleagues in the company, he understood the importance of motivating and developing people and knew how to build on their strengths and lead them without directing them. He understood that it was better to be a coach and a mentor and to ask questions than to be directive or give people the answers to questions. He said he worked to guide people through a problem-solving process that was developmental in nature. This involved interacting with the store management team to facilitate self-discovery and change through thought provoking questioning. He provided both hypothetical and remembered examples and insisted that his approach was radically different from any of the other district managers he had worked with. He answered very specific questions in significant detail about how he coached his store managers, which we then captured in intricate detail in our notes. It sounded promising.

The next day, in the second step of our research process, we went into the field to observe him in action as he visited stores. As silent observers, we transcribe actual interactions between the field executive and the store manager. We meticulously capture the issues observed and discussed (or not discussed), any advice or directives that are provided and when the store manager makes notes of directions or directives given. We are especially sensitive to the instances of defensive reasoning and “fancy footwork” used by the store manager or others to avoid responsibility and embarrassment. The first store visit we observed in this case lasted slightly more than two hours, and we had numerous pages of notes documenting the District Manager’s actual approach.

After leaving the store, we sat down with the DM to de-brief.

“Was this a typical visit?” he was asked. He replied that, yes, it was very typical.

“This is the way in which you visit stores, as you described in detail yesterday?”

“Yes,” he said, “this visit was an example of what I was talking about.”

“How many directives do you think you gave to the store manager over the course of our visit?”

“Probably just a few,” he said, “maybe three or four. As I said, I keep my directives to an absolute minimum.”

“So you would be surprised to learn that over the course of that two hour visit, you gave 67 directives, 32 of which the store manager made note of on his pad.”

When we referred to the transcript and provided the DM with specific examples of his directives, he was shocked and resisted at first. He could not believe that, in practice, his leadership approach was identical the “old school” approach he criticized and was totally incongruent with the intended approach he had mapped out to us the day before. In spite of his apparently sincere and well-intentioned efforts to change and re-package his style, his fundamental approach was no different from that of his colleagues in other organizations.

Our observations went far beyond the number of directives given and recorded. We also noted that this DM failed to manage his ignorance and that his leadership focus was misplaced.

What did he need to know that he didn't know regarding the veracity of the store manager's accounting of performance and assertions of ability and commitment to change? What did the DM leave the store assuming - not knowing - about the condition of the store team and the store manager's ability to develop his team? What did the DM assume about what the store manager learned about himself, his team and the root causes of the problems identified and addressed? Moreover, what was learned about why the 67 variances were not seen and addressed or why many of them had recurred? Or about why the store manager took down only 32 directives and which directives he noted and omitted, and why? We addressed all of these questions and more with the DM.

"What value did you add today?" we asked.

"I think the store manager got a lot out of the visit," he replied.

"Well, I think for one thing he learned that store recovery wasn't happening and that he needed to work with his team to make sure the store is fully recovered when the doors open each day."

"How do you know for a fact that he learned this and that he knows how to "work" with his team to make sure the store is consistently and effectively recovered each day?"

For some retail leaders, intense competition and changing shopping patterns have created a radical rethinking of strategic focus. This has resulted in a fundamental shift from the traditional emphasis on the 4-Ps of the “marketing-mix” (product, price, promotion, place) to a focus instead on the overall shopping experience.

This emerging shift has, in turn, placed “good to great” performance as the governing vision and cornerstone of market advantage.  Such a vision has been applied to every aspect of the company’s commitment to operational excellence and customer focus in fulfillment of their brand promise.  It is in this context that Great Store Performance finds its timely relevance and compelling appeal.

This book focuses exclusively on the subject of great store performance; what it means in distinction to typically “good” store performance, why its sustained achievement is so elusive and what is required to make its consistent achievement a reality to achieve and sustain market advantage.

The recommendations offered in this book are based on the important findings and conclusions of extensive and groundbreaking field research conducted in over one thousand field executive store visits within several major chain store retailers over the past neatly two decades.  Because this is the only book available that deals specifically with the discipline and challenges of retail field leadership, and which is written primarily and directly to and for retail field executives and senior level executives, it promises to be a unique and invaluable contribution.

For nearly 30 years, Mr. Riskas has worked with numerous organizations, including several Fortune 500 and 1000 Companies worldwide.  As an executive coach and advisor to senior management, his professional focus has been primarily in the areas of organizational development and performance improvement.

The Author’s industry expertise spans the retail, pharmaceutical and high-technology sectors.  Over the past nearly two decades of his career, Mr. Riskas has conducted pioneering work in the retail sector, conducting extensive action research in the area of field management practices and designing coaching and development processes to help field executives consistently improve store performance, execution and results through applied Action Science.  Some of the major retail companies the Author has worked with include Target Stores, Mervyn’s, PetsMart, ’s, ’s, Office-Max, and Albertsons.

In addition to Mr. Riskas’ work within his own consulting firm, he has also served in various senior executive positions, including Executive Vice President and Senior Consultant of the renowned (now Franklin Quest). He is the author of two books and several articles on the subject of leadership and organization development.  Currently he resides in .