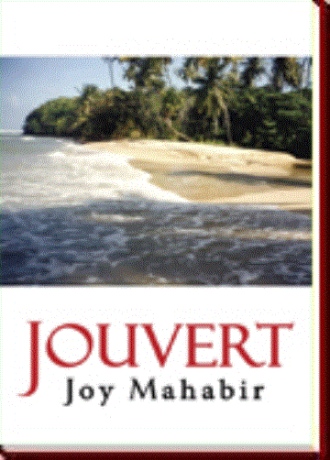 I met Black Maharajin on one of those blue Trinidadian nights

during the Carnival season; an auspicious night for me since it was the

first time my mother let me go to the mas camp at night with my father.

This was my father’s secret life, an old house on in San

Fernando turned into a mas camp, away from the scrutiny of our village,

away from our respectable Presbyterian life. My mother never went to

the mas camp. “I didn’t grow up going to no mas camp at night,” she said,

furiously cutting patterns on our living room table when my father, last

minute as usual and less talented than my mother, brought the patterns

home for her to cut. “Is not a place for young ladies,” she told me. And

then she boofed me. “I don’t know why you always keep begging me to

go after I tell you no, is not a place for you.”

But we wore her down, my father and I, and one Friday night

before Carnival my father took me to his mas camp. I was nine

years old. Luckily my father was busy so I could wander about by

myself, maneuvering through the people who had gathered inside

the mas camp and outside on the pavement. Inside, there were men

and women cutting fabric, sewing, and gluing glitter and feathers

to costumes. There were also people liming and drinking, giving

advice to the mas-people, and pronouncing over the fate of the mas:

whether the band would be put together in time for Carnival, or if it

would buss as usual. Outside was also crowded, and that was where

frying phoulouries and accras and f loats in big iron pots. She had

a serious face, and she seemed contented. I saw that despite the

new streetlights she had surrounded her booth with f lambeaux, and

everyone. She managed to see me through the people surrounding

her, and she knew, somehow, that I was Larry’s daughter, and that my

name was Annaise. She motioned me inside her booth and poin

While growing up in , Annaise’s longing to be a visual artist is influenced by the vibrant river scenes in her village, as well as the iridescent swirling colors she finds in the Jouvert streets of during the Carnival season.  Her relationships and her experiences open her eyes to the fierce and vulnerable edges of life and beauty in the .

As an adult Annaise goes to and begins to perceive a contradiction between the world of gallery art in and the world of art that she finds in .  A visit with relatives in unearths old family secrets, hidden hostilities, and gives her a new understanding of immigrant family relations as well as art.

Annaise goes to to reconnect with her mother, and there she gains deeper insights into Indo-Caribbean culture through the feminine energies and rhythms that surround her and inspire her art.  She returns to where she finds love and kinship in the and African-American communities in , and she discovers the path that she must follow in order to create the jouvert arts of the street and the earth.

Joy Mahabir was born and raised in .  She now lives in New York and teaches Caribbean Studies and Global Literature at Suffolk County Community College of the of , where she is also involved with Conscious Lyrics, a spoken-word poetry group.  Her previous publications include the book Miraculous Weapons: Revolutionary Ideology in Caribbean Culture (2003).