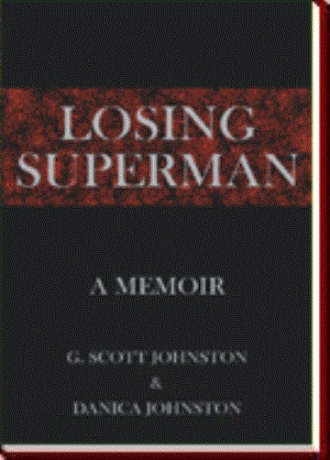 On at I lost my dad.  I got a call from my mom saying that my dad was having a heart attack.  My heart dropped.  I was shocked because I had talked to my dad only an hour and a half before.  My friend Lee was in the car with me and we were about 20 minutes from my mom and dad’s house.  We got there in 10 minutes and I found my youngest sister Faith outside along with several deputies and paramedics.  No one was rushing around, they where all just standing there.  I ran to the house and grabbed Faith and hugged her.  Without anyone saying, I knew he was gone.  It was a very surreal moment.  It seemed like a horrible, vivid dream.

After I hugged Faith for what seemed to be hours, I started to walk toward the door to go in and see my dad.  The deputies told me I had to wait for the investigator to finish.  I argued with them for the next few minutes then agreed to give them a little time to finish. I told them they had better hurry then walked away.

As I walked back toward my sister, I heard the phone ring.  A Deputy answered the phone then called me to take it.  As he handed it to me he said, “It’s your mother, she doesn’t know and you shouldn’t tell her.”  I just grabbed the phone from him and walked away disgusted that the deputy just asked me to lie to my mother. While I was talking to my mom, Lee was trying to call my wife Tracy and my other two sisters.  Mom was on her way to the house and was crying hard as she asked me if he was OK.  She was crying so hard that she had to choke out the words to talk to me. I was trying hard not to cry, as I answered simply, “No ma’am.”  Then she asked if he was dead.  I don’t lie to Mom and Dad and haven’t for years, but I almost lied right then.  I couldn’t lie to her and answered simply, “Yes ma’am.”  I stayed on the phone with her until she got close to the house.

After I got off the phone I told the deputies that when my mom got there, she was going in the house.  They said she couldn’t.  I told all of them that she had been married to my dad since she was seventeen and that no matter what they said she was going in the house if she wanted.  They told me that they didn’t want to contaminate the crime scene.  I yelled, “This isn’t a crime scene, and if six deputies stumbling around don’t contaminate it then my mom sure as hell won’t.”   I was full of rage and disbelief because of the events at hand.

I was lost and didn't know what I was supposed to be doing.  I thought I should notify some of my closest relatives, so I picked up the phone to call my cousin Terry.  Terry answered the phone and I told him that my dad had died.  The news obviously shocked him and he started to cry.  He told me he was at work and would leave to come to my house as soon as he got off.  I was crying on the phone and told him I needed him there now.  He then told me he would leave right then and make the eight hour drive as quick as he could.  The next person I called was my older cousin Charlie.  Charlie had lived with us a couple of years while he was in high school and loved my father like a dad.  This was a feeling that my dad reciprocated to him, considering him another son.  When he answered the phone I was crying so hard that I could barely say anything. I somehow managed to get the words out, "Charlie, Dad's dead". Charlie immediately said, "No Scott!", I said “Yeah,” and I think he dropped the phone.  All I could hear was him crying on the other end.

My mom had arrived several minutes later, and we hugged her intently.  She

After losing his father, Scott, a previously driven and emotionally strong young man, falls into a deep depression and takes every wrong turn that a person can trying to find a way to deal with the pain, anger, and confusion that suddenly consumed his very being.  “Losing Superman” is an account of his experiences.  Told from both his point of view and his sister Danica’s, “Losing Superman” takes the reader through heartbreak, drug abuse, jail time, violent outburst, and every step Scott took to hit bottom and finally pull himself back up and learn to live life again.

G. Scott Johnston is 31 years old and lives in .  He believes that you truly can do anything if you put your mind to it, and so far has chased every dream that he’s ever had.  “Losing Superman” is his first book.

Danica Johnston is 29 years old and lives in .  She has been a dedicated student and has received a Masters degree from the .  Her life these days is centered on the health and happiness of her little girl Daya.  “Losing Superman” is her first book.