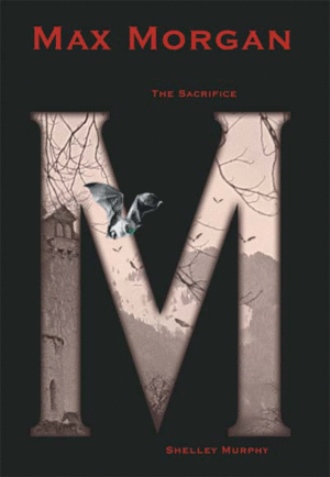 Max Morgan was a rather pale boy, and far too scrawny— this, of course, was absolutely not his fault. He would have been fairly pleased to gain a pound or two, particularly to keep his backside from aching while sitting on a hard chair in one of his many boring classes. His light-brown hair was striaght as straw and kept short; his deep, ivy green eyes had a sprinkling of coffee-colored specks in them. Unfortunately, he was a tad clumsy and a bit awkward. At 12 years of age, that’s to be expected. What was not to be expected was that he was, in fact, an orphan who lived in an orphanage, which just happened to be the same building where he was schooled. Lastly, he hadn’t a clue that somewhere far away, two curious beings watched him intently.

At this very moment, Max was on a quest of sneaking down to the classroom in order to deposit his overdue English assignment into the papers due basket. He had hoped no one would notice him out of his room this late in the evening. Regrettably, that was not the case, as a black erasure full of chalk dust was hurled through the air and met the side of Max's head with a thump.

Max Morgan was just an ordinary boy, or so he thought.  His days at the orphanage were tough, the tortures unrelenting. All that Max had left of his previous life were the happy and sometimes odd memories of his Grandfather.

Late one dark and quiet night two unforgettable creatures come into Max's life, they soon reveal his true identity to him, he is stunned, and hesitant to believe until he actually begins to experiance amazing powers.

The adventure begins one day after getting into an enormous amount of trouble for the umpteenth time, suddenly his life will be changed forever.....

Shelley lives on a ranch in with her husband Michael. She is the mother of two sons and two stepsons. Shelley’s days are spent between being a mother, managing her adult foster home, and working on their cattle ranch. In the evenings, Shelley works on weaving the adventures of Max Morgan into a tale that will capture readers of all ages. Currently, Shelley is working on Max Morgan: The Blue Crystal Cave, the sequel to Max Morgan: The Sacrifice.