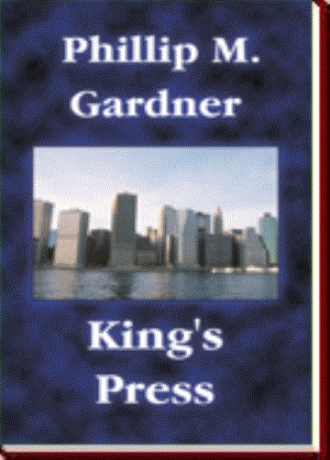 Everything goes wrong at once, or so says the time worn cliché. It was nothing but the truth as far as I was concerned. I suppose that''s how clichés get to be clichés.

For the first time in a long time my sinuses were acting up with a vengeance. I dragged through the days and nights with that heavy feeling right behind my face and with a constant headache pounding at my eyes. No amount of patent medicine made a shred of difference despite all their televised claims to the contrary. I know: I tried them all.

At about that same time, the weather, which up until then showed all the signs of a beautiful summer, turned suddenly foul. Fat gray-black clouds became permanent overhead fixtures and the rain never really stopped but just went in cycles from fine mist to heavy downpours. None of this was doing my blocked head any good.

I had planned to strike out for a warm, dry climate for a long overdue vacation. My last job for the Pendleton Agency had been in . Following that job, I was tired, bruised and battered. It was about then my sinuses went on the rampage. Then came the miserable weather. I left with visions of taking a long trip, eventually going west or south or anywhere so long as I put a lot of distance between me and that gray, wet city. I got as far as , about a twenty minute ride, and there I got stuck. It was gray and rainy in too.

I had stopped in the capital city just long enough to cash my latest paycheck from Pendleton and that''s when the final straw came: the bank wouldn''t honor the check.

I remonstrated with the senior bank teller, a young redheaded woman with startling green eyes.

I said, "Have you ever heard of the Pendleton Agency?"

"Of course," she said. "They''re quite well known in banking circles."

Pendleton was quite well known in all kinds of circles. All kinds of triangles too.

"Well, you don''t think they went broke, do you?" I said, rather too loudly, fighting off a terrific attack of the constant headache.

"Then what''s the matter with this check?"

"We have a stop payment on it."

She pulled a face and shrugged, a performance no doubt reserved for deadbeats trying to peddle worthless paper. It was also a performance she seemed to enjoy. I rubbed my forehead and fancied I could actually feel the headache there, pulsing thickly. The rain was in one of its heavy phases, crashing on the high roof and vaulted windows of the bank building. It felt as though it were crashing right on my head.

"Would you like to speak to the manager, sir?" the redhead offered in a sterile tone. 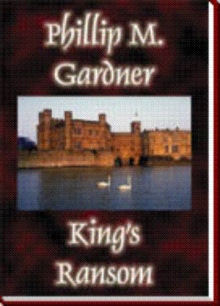 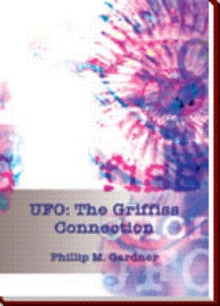 Vincent King, last seen in KING’S RANSOM, is back from his Himalayan adventure. He’s in Upstate New York, looking into a suicide that a bereaved husband doesn’t accept, despite all the evidence. As King pokes around, the “evidence” begins to unravel. But no one thanks him for his efforts. Eventually he’s pitted against the police, various criminals, and even his own client. Every turn around every corner brings a new surprise and when the truth appears, it’s the biggest surprise of all.

Phil Gardner is a veteran of twenty-four years service with the Air Force, and has spent time in a variety of worldwide postings. He now resides in Upstate New York with his wife of many years, Christine.

He has also written KING’S RANSOM, K-TOWN CHRISTMAS and UFO: THE GRIFFISS CONNECTION.