The Early Years and the God Clock 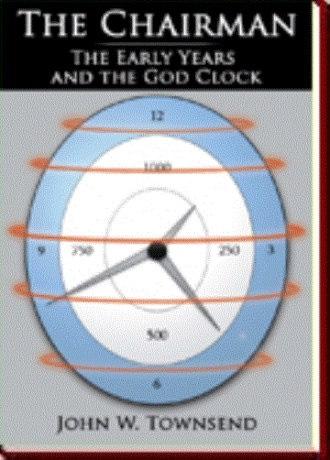 ...rubbing his chin with his left hand. Nervously, Ryan dissappears around a corner, in the direction of Chicksands Street, and home.

When he arrives home, he hangs his jacket, then kicks his shoes off, heading to the bathroom. As he runs the hot water, the ascot gas hotwater heater, gives a muffled whuff, then a faint roar of burning gas is heard. He washes his hands, then brushes his teeth. From there, he wanders in an almost auto-pilot mode, to the bedroom, from there he checks the doors are secure, peers into the lounge. "Good god! Who are you?!!" he shout''s, rapidly awoken by the, faint, transparent appearance, of an older man, maybe late sixties, bearded, dressed in clothes seem a few decades out of touch. He is sitting sideways on the black leather chair, from which he stands, appearing to want to shake Ryan''s hand. This man''s ghost like appearance, causes Ryan to stand back, saying, "who the hell are you?" the older man smiles, continuing to hold out an outstreached hand. "Anton Mesigneriar sir! At your service. I am ''the chairman'', the inventor of ‘phylisiax’, that is the mechanism of the chair, and you are?" he inform''s then ask''s, his arm remaining outstreached. "Ryan Broome sir?!" Ryan replie''s walking forward to shake Anton Mesigneriar''s hand. ''Feel''s solid enough!'' he think''s, "it is, and I am!" Mr.Anton Mesigneriar replies, shocking Ryan that he appeared to answer his thought''s. However, Mr.Mesigneriar senses Ryans concern, "please, do not feel nervous Ryan, I have a great deal to explain." a curious Ryan listens, as the transparent, yet feeling solid, Mr.Mesigneriar, continue''s to explain. "I invented a form of magnetic partical collection, it was an experiment I started in the 1920''s, but I again refined in 1934. Almost completed in 1949. However, it was by sheer accident that I found I was creating a measurement of time. It was limited by the rotation of the earth around the sun. Even more, it was spliting whatever, or whoever was in its field, at the flick of a switch I could go back twentyfour hours, or go forward.not in a real time form, more a energy version. I was terrified, but I was also excited beyond my wildest dreams. I did not believe what I was unfolding fully, at least, not until 1949, that was when I made a larger enviroment field. I was trying to fit it into an old chair, a bit of a moth eaten reclining chair, then,  my great god, I was just making some adjustment''s when I just accidently stepped in its energy field, I had dropped a screwdriver, went to pick up. I forgot I had powerd its field. The rest was the bit''s and pieces i came to realise. In a flash i was looking at myself, slumped in the chair.some men had forced entry into my room, just as i stepped into the force field, they had switched the power supply off from the main''s outside.as they burst in my room, i shouted, but they did not hear me. I could see it all happening, I looked at my body, slumped in the chair. As i did tried to shake myself, but I had become as if a ghost, my body was passing through everything, I wanderd about, trying, in vain, to struggle with these men who had broken into my home. It was all strange, frustratingly nausiating"  Ryan pulls out a chair, then sits at the table, as he listen''s, mesmerised by Mr.Mesigneriar''s. Ryan gesture''s for him to sit at the table, he responds, "I thank you, anyway! I was there watching myself,and all this going on. In fact i was actually trapped. Little did i know it , trapped in my own time.the men who forced entry, they were bayliff''s, now my home,they looked at my body in the chair, one said, ''call a doctor'', another said ''take him out of the chair first.'' so they dragged me onto the floor. Then, while one called the doctor, the other two, began hastily removing all my possesions, in recompence of a debt I owed. Even the old moth eaten chair was removed. The fool''s had no idea of what they had done to me, nor did I at that moment. 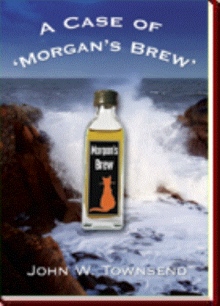 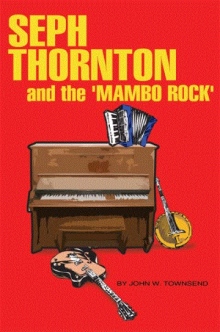 Ryan Broome had never bid at an auction before, so it was a setback when he bought a commode by mistake. Anyway, he did get the black leather reclining chair he was after. But then, he got more than he bargained for: A stranger, Anton Mesigneriar, a man who became a very close friend. A man who had traveled from 1949 via the chair that Ryan had bought. A man who was determined to change history, to not die but to live.

The author was born in Loughborough, Leicestershire, in 1945. His childhood was mentally fed on a diet of BBC Radio, programs like ‘The Goon Show’, ‘Journey Into Space’, as well as ‘The Archer’s. It was the imagination that radio stimulated, and it did in John.  Through song lyrics in the 1960’s as well as short stories, he had an urge to put it into print. After a fallout with a temperamental typewriter, he was encouraged years later with a laptop. The imagination was back in business.