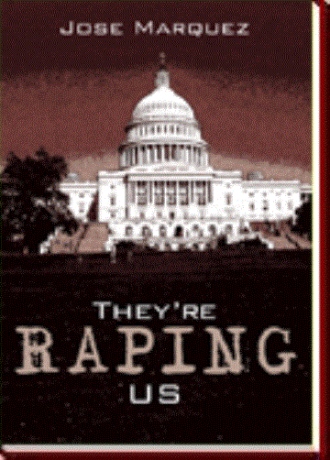 The Chairman looked out his window at the Capitol building

and the greening trees along the clipped lawns. It was a picture

postcard scene. He was himself the picture of a statesman with his

wavy gray hair and impeccable clothes. His face had a reddish tinge

which, somehow, communicated strength and good health. His face

was customarily pleasant but at the moment he was scowling and,

thought, suddenly looked every one of his sixty-five years.

himself in his chair and looked directly at her.

thing about is to make notes and say I’ll look into the matter, and get

back to the party involved. Then I forget it. Because you are who

you are, though, , I am going to tell you some bitter truths.

Hill, but if you ever quote me, I’ll swear you are lying. That’s the

meetings,” he began. “Or the auxiliary.”

“You’ve heard all the whereases and the resolutions, the

arguments and the votes. Well, , what we do up here on the

Hill has very little more significance than that. We play an interesting

game but that’s about all it is. The great debates and the legislation

itself-- all paper, most of it prepared by staffers and printed in the

interminable record to be read by no one at all. We produce paper.

“The thing is rigged to make what’s petty, silly and insignificant

look noble and patriotic. The barber and plumber from back

home could do just as good a job as anyone else here. They lack

Howard Caldwell, a middle aged attorney and lobbyist, in his pursuit of money and political power, decides to combine business with pleasure and takes twenty-three year old Julie Wheeler to Los Angeles, where Howard is meeting with his partners to examine an illegal arms shipment headed to a country in South America.

Julie Wheeler is a somewhat sexually precocious girl occasionally having misgivings about taking advantage of Howard.  In fact, it is she who is being taken advantage of.  A mixture of patriotism compels Julie to sleep with the enemy, Carlos, who she falls passionately in love with.

Carlos, who wanted to be left alone working and farming, joined the rebels after his mother and an older brother were killed by his governments’ troops.  He now wants to stop the illegal sale of arms to his country that is giving the monsters the power to rape and kill. Unfortunately, Carlos is not smart and becomes a terrorist.

The non-scruples attorney and lobbyist can handle anything, terrorists, betrayals, affairs, congressional hearings on the illegal sale of arms, but his life will never be the same due to one thing, a memory.

I want to preserve the integrity of a person I once knew and loved that showed me that compassion and strength comes from within.  The desire and success of coming to this country fifteen years ago was my savior and the struggle of claiming my rights to citizenship has made me stronger and more determined.  I have had many jobs over the years ranging from hard labor to sales to now financing.  Writing is my enjoyment in life as well as poetry, sculpting, and oil painting.  I consider myself to have a very high level of truthfulness that, at times, is not welcomed by others.  It is my intention to convince you, the reader, that living life without scruples will haunt you.