A Guide for Informed Consent 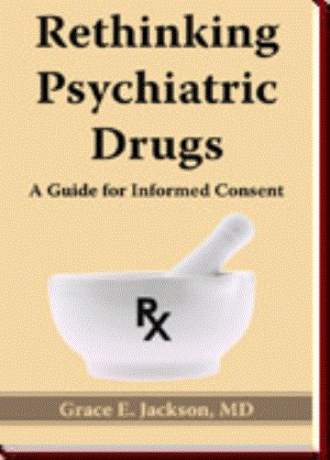 In 2004, an on-line medical newsletter posted an article with a captivating title: “All the Things They Taught Us That Were Wrong.”1   Penned by an academic psychiatrist who completed his post-graduate training nearly two decades before my own, the essay resonated with my own discoveries during residency and beyond.  Probably like him, my patient care and research experiences transformed me until I, too, developed the painful awareness of  “all the things my teachers taught me” which proved to be untrue.

This book is the culmination of many of those discoveries.  It is the result of a five-year (and continuing) process of corrective self-education.  It is the philosophically, epidemiologically, and scientifically supported revelation of how and why clinicians

have often failed their mental health patients, partly because the rmation upon which they have relied (Evidence Based Medicine) has become increasingly unreliable.  This development, along with many more, has compromised the ability of physicians and patients to participate in the construction of viable, rmed consents to care:

The chapters which follow are intended to facilitate the shared decision making of consumers and health care providers.  First, the public’s opinion about psychiatric drugs is explored through research conducted in several countries.  Next, the sources of professional opinion are reviewed, beginning with the drug development process and the philosophy of Evidence Based Medicine.   Chapter four explains the gold standard of medical research – the Randomized Controlled Trial – along with an emphasis upon the methodological deficiencies which commonly distort the value of drug treatments.  Chapter five is an overview of the human brain.  This is offered for the reader who desires a more detailed understanding of the targets of psychiatric drugs in terms of their chemical and structural effects.  Chapter six introduces the concept of allostatic load – a phenomenon of maladaptive changes made by the body in response to stimuli, such as medication.  The chapter includes discussions of tolerance  (an important mechanism of decreasing responsivity to treatment over time) and drug discontinuation syndromes (withdrawal and rebound).  It presents the concept of sensitization as a possible explanation for the phenomenon through which pharmacological therapies may effect a progressive worsening or prolongation of initial symptoms.

At the heart of the book is a detailed examination of three major classes of psychiatric drugs: antidepressants, antipsychotics, and stimulants (the latter, given for Attention Deficit Hyperactivity Disorder).   The history of each drug class is reviewed.  A neuroscience section explains contemporary hypotheses about presumed mechanisms of action.  A special emphasis is placed upon the topics of drug effectiveness and safety, including long term effects, uncommonly acknowledged dangers, and alternatives to medication.  The book closes with a discussion of the current crises in psychiatric research and practice, particularly as these problems continue to undermine the capacity of physicians and patients to collaborate in authentically rmed decisions about health care. 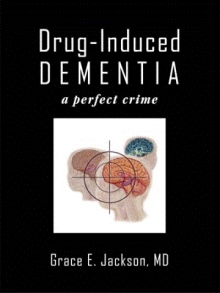 -- Are patients aware of the fact that pharmacological therapies stress the brain in ways which may prevent or postpone symptomatic and functional recovery ?

Rethinking Psychiatric Drugs: A Guide for Informed Consent is a critical appraisal of the medications which an estimated 20% of Americans consume on a regular (and sometimes involuntary) basis.

It is the philosophically, epidemiologically, and scientifically supported revelation of how and why psychiatry’s drug therapies have contributed to a standard of care which frequently does more to harm than to cure.

-- the problem of allostatic load (how drugs stress the body)

-- the history, long term effects, and utility of  the drugs used to suppress symptoms of depression, psychosis, inattention and hyperactivity

-- the effectiveness of alternatives to medication

Rethinking Psychiatric Drugs: A Guide for Informed Consent exposes the current crisis in medical ethics and epistemology, and attempts to restore to psychiatry an authentically informed consent to care.

Dr. Jackson has lectured widely in the and , and has testified as an expert witness in forced medication trials.  Her interests include philosophy, history, politics, and law.