Summary of Principles and Management 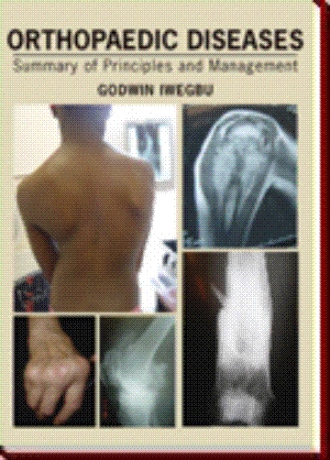 DEVELOPMENTAL DYSPLASIA OF THE HIP (DDH)

This condition is characterised by a partial or complete displacement of the femoral head out of the acetabulum, which, quite often, is itself deficient (acetabular dysplasia) (Fig.6.3). Over the years, it was increasingly realised that the original term, congenital dislocation of the hip (CDH), first coined by Guillaume Dupuytren in 1832, does not accurately describe the pathology and, with the realisation that it is a dynamic condition, which could get better or worse as the child develops, a new term, DEVELOPMENTAL DYSPLASIA OF THE HIP (DDH), was suggested by Klisic in 1989 and is now the preferred term.

This book provides a summary of the principles and management of orthopaedic diseases. The text has been divided into three parts for easy reading. Part I provides a brief discussion of the basic anatomy and physiology of the major tissues of the musculo-skeletal system - bone, cartilage and muscle. Part II deals with the classification and general principles of diagnosis of orthopaedic diseases and Part III provides a summary of the management of individual groups of orthopaedic diseases. The format includes aetiological factors, pathogenesis, diagnosis and general principles of management. Two topics, Skeletal manifestations of sickle cell disease (Chapter 14) and Ainhum (Chapter 15), are modified presentations of previous work on the subjects by the author. TARGET AUDIENCE The book has been written for the Trainee Orthopaedic Surgeon. It also surplusly satisfies the orthopaedic requirements of the medical student, basic general surgical trainee, the accident and emergency doctor and the general practitioner and it is hoped that practising orthopaedic surgeons, orthopaedic nurses, physiotherapists and occupational therapists will find it useful as a quick reference book. WHAT MAKES THE BOOK DIFFERENT · It has an appealing simple and fluent style and good print, which make the reader quickly at home with it. · It is concise, yet manages to highlight the most important points about any given topic · It is reasonably well-illustrated * Single authorship facilitates harmony of approach, aiding memory ·

Professor Iwegbu has had a rich medical education and experience, which started in , continued in and culminated in the . He is a Fellow of the Royal Colleges of Surgeons of Edinburgh and Glasgow and the British Orthopaedic Association.  He holds the Master of Orthopaedic Surgery degree of the . He has carried out research in many fields of orthopaedic surgery and published widely in respectable medical journals. He has taught orthopaedics to generations of medical students and trainees in general and orthopaedic surgery, both in and the .  He is currently a practising orthopaedic surgeon at , a busy in . He was an examiner in the Professional, Linguistic and Assessments Board (PLAB) tests of the General Medical Council of the from 2002 to 2006 and has been currently a Performance Assessor in Surgery to the same Body from 1997 to date.