The History of Earth 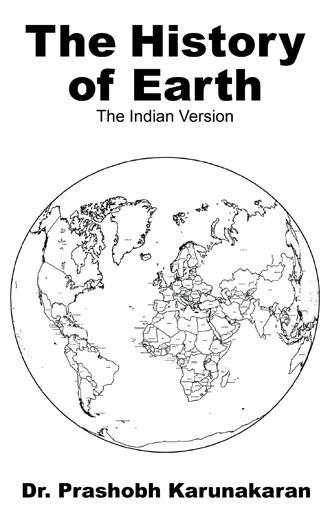 THE VERY BEGINNING The Almighty God, Narayana, or Allah, as various people may call Him today, was the beginning. He split Himself into three, the Creator, the Preserver and the Destroyer. They were named Brahma, Vishnu and Siva respectively. Brahma started the process with a humongous explosion, which made the sound A….….….U….…….…..M…..……….. The last explosion happened 4,319,600,000 years ago. Basically what is happening is that Brahma wakes up and causes this huge explosion, which results in creation. This creation lasts for a period of 4.32 billion years. He then causes the dissolution of everything, and sleeps for a period of 4.32 billion years. THE FORMATION OF THE UNIVERSE After the Big Bang, stars made of atoms formed the universe as our scientist and instruments can observe. But the initial light, traveled even further. This light formed the universe of light, which is very much bigger than this universe of matter. Even beyond this universe of light is the universe of truth. Some scientists today believe that the universe is more a thought than a physical existence. The first things out of the Big Bang are truths, which formed a huge universe, much larger than the universe of light.

Since ancient times, humans have been asking, why we are here, where we come from and where we are going? Science gives some clues. This book amalgamates information gathered from the ancient culture of India with knowledge gathered through modern science to decipher what has transpired so far. The book explains why the world will not end in nuclear conflict or global warming problems any time soon despite the overwhelming evidence for it. The time spans or yugas will have to finish. Another concern of people today is the increasing power in the hands of the few. This is not something new and what happened to people who tried to gain absolute power in the past is depicted in this book as a reference for today’s power brokers. Almost absolute power was in the hands of the few many times in the past and if these few follow wrong paths, God has consistently intervened.

Dr. Prashobh Karunakaran is a Professional Electrical Engineer. He currently owns a technical electrical engineering school and a contracting business in Malaysia. He initially worked at a civil engineering company (Dragages Travaux), a Power company (SESCo), an American computer hard disk factory (Western Digital) before starting his own business. He hails from Malaysia and did his B.Sc. and M.Sc. degrees at South Dakota State University, USA. He completed his PhD in engineering at University Malaysia Sarawak (UNIMAS). He is married to Sreeja Haridas, who is also an electrical engineer and they have three children, Prashanth, Shanthi and Arjun. His interest in the material of this book stems from dedicated inquiry into the reason for life on earth, starting at the age of sixteen.