I Am A Key

Clarifying Some Elements of My First Book 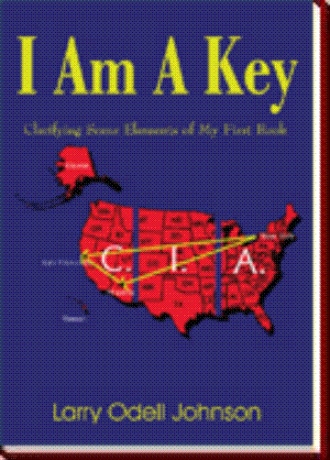 So as not to belabor the point, as mankind has evolved its creation of written language, it has infused certain meanings and devices in written language for strategic purposes.  These purposes include the development and maintenance of linguistic tactics of secrecy, the storage of delicate intellectual and political content, and the maintenance of a selected historical record.  My first book discusses these three primary aspects of written language (hereafter to be referred to simply as language), and places its main focus on the element of secrecy.  That is, it is a discussion of how language by its very nature and design cloaks a hidden content…which is referred to as its latent content.  Moreover, my first book suggests that the hidden content was a part of the design of language from its inception.  The element of secrecy was a fundamental characteristic in the origin and creation of language as we know it.  Its main purpose was not so much to communicate as such but, rather, to communicate human understandings and deeper meanings secretly.  My first book affirms that this is true of everything from the most elementary forms of language to the most sublime, from the most informal elements of language to the most formal, and from the most ancient forms of language to the most contemporary.

These matters were historically discussed at length and in surprising detail by the great thinkers of mankind, but in a language that was beyond the comprehension of the common reader.  I have laid out a sampling of that discussion in my first book, using the writings of certain key modern day theorists.  As a result of those earlier more complicated discussions, I have arrived at the purpose of my present book.  It is to give myself a second chance—allow myself a second effort—to put as much as I can of what earlier on may have seemed to some to be mere mumbo jumbo and gibberish in perspective.  Of course, attempting to put the jargon in perspective was my actual intent in the first place.

Therefore let me cut to the chase.  What I describe in The Mind Factory is that one day I discovered one can very quickly get to the hidden meanings in language with the aid or use of anagrams.  The traditional or common method of creating an anagram utilizes only the given letters of a word or phrase, and rearranges just those letters to discover or invent a new word or phrase.  The reader will find this technique to be static and limiting, because in most cases its application will not yield a solution.  A solution would mean the creation of a different yet meaningful content as distinguished from that of the original content. The above technique is mechanical and only offers limited possibilities, because there are only so many ways to rearrange, that is, give a new permutation to a given group of letters.

A separate and less limiting technique in the creation of anagrams is to begin with a pre-established letter key, and then to use the information assigned or prescribed by fiat to the letters of the key to build the new words and phrases from the given words and phrases.  This latter technique is the one I use in my first book.  My approach is dynamic in that its application will eventually yield a solution that has a meaningful content in every case.  The reason why my technique is unlimited in its search for a solution is because I allow that there is no such thing as a right or wrong interpretation.  It is also to be understood that one is obligated even required to divorce themselves from moralizing or being petty and staunchly opinionated in this work.  Consequently, one is permitted to utilize general information, their personal knowledge of things, conjecture, speculation, and circumspection to find meaningful contents within context.  It permits one to think their way to a solution.  That is, it enables the thinker to find interpretations that make common sense.  And we are permitted to do this as long as our interpretation remains true to and consistent with the word content in the itemized derivation of the anagram.  Moreover, one is to appreciate the interpretation of my style of anagrams as one would appreciate what is true in the interpretation of poems—and this is the likely reason that Emile Durkheim refers to these theoretical constructs as epigrams instead of anagrams--, understanding that the interpretational meanings of anagrams like poems will vary from person to person when individuals are left on their own to interpret them.  Thus the use of a pre-established key provides us with an objective procedure for developing a representation of the derivation for an anagram.  One is then permitted to use a subjective procedure to lend interpretation to the derivation of the anagram…without prejudice. 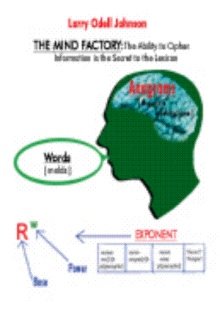 The primary purpose for the production of my current book, I Am A Key, is to assist readers in a clearer understanding of my first book, The Mind Factory. My first book dealt with pure theory and, while I made a gallant effort there to soften the language in that field of discourse, it was not a complete success. still turned out not to be an easy read for the lay reader. As was my goal, I needed to consolidate a lot of information in a relatively short single volume. No doubt, for any diligent student of sociology or philosophy it was a casual read; but I wanted the book to accommodate the lay reader as well. In reviewing this issue of clarity of exposition—after the fact—for my book, The Mind Factory, I was reminded that I did not give interpretations for the anagrams that I presented in that book. Moreover, since defining and exhibiting anagrams was the central feature of the book, I concluded that providing interpretations for those anagrams would be the best way to pursue the immediate goal of opening up one’s understanding of the overall theory contained in that book.Consequently, I present my readers with my current book, I Am A Key. In my current book, I give a representation of the extended version of the key defined and presented in the earlier book, I use an example from the first book to detail just how an anagram is derived, and I explain the meaning of an interpretation while also providing interpretations for each of the 288 anagrams contained in my other book.With this additional commentary I am satisfied that I will have done as much as anyone could possibly do to initiate a contemporary discussion and explanation of this theory. That is, to explain the reality of the existence of the latent content in our everyday language.

Larry Odell Johnson is an Assistant Professor of Mathematics, Emeritus.  In 2004 he took early retirement after thirteen plus years of teaching at in upstate .  A former police officer and Federal Bureau of Prisons Intern, Larry is a graduate of and the at .  Larry has degrees in mathematics and criminology.  In addition, he is two courses shy of a master’s in mathematics from the State University of New York at and has completed all of the course work towards a Doctorate in Criminology at U. C. Berkeley.  Larry says that issues related to having to work, situational politics, and waning interests have prevented him from completing these two additional advanced degrees.  This is his second book, and he has previously published several articles in the now defunct academic journal Issues In Criminology.  Although Larry has skills in higher mathematics, one of his favorite pastimes is doing research in social science.  His interest in anagrams was ignited during the mid 1970’s, while he was doing research in the subject area the Sociology of Knowledge and in the throes of completing his course work towards the doctorate degree.

Larry has a variety of leisure time interests.  Most recently he has pursued his interest in traveling by sojourning to and .  He says that he deprived himself of opportunities to travel in the past, but is now committed to yearly international travel.  Although he has not completed his goal of learning Spanish

speaking, as a result of his recent travels he is yet willing to declare himself an “International Negro”.

Uncertain as to what his future career goals will be, Larry recently passed the Praxis I exam and the Praxis II exams to qualify to teach middle school mathematics and social studies.  In a peculiar twist despite his academic credentials, and in lieu of resigning himself to a career in writing, Larry says that at this point in his life his dream occupation would be working in an aircraft or automobile assembly plant.  He goes on to say that if he had an opportunity to live his life all over again he would become an electronics technician or airline pilot.