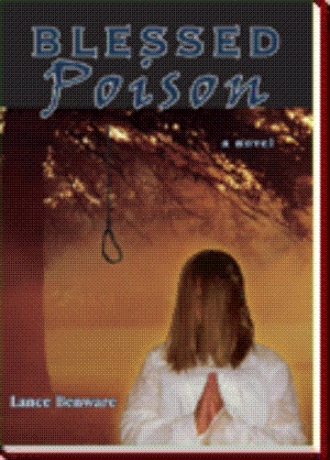 Sifting through negative emotions may lead to flying brain fragments.

The pistol was near his right hand, the long-stem glass near his left. The rotund bottle of red wine tried to separate the two in the middle. After just coming back from the funeral earlier that same day, he realized that the transition of the past four days had finally sent him over the edge.

It was checkout time—a boarding pass for one please. Preferably, he’d ride first class aboard the stairway to heaven, but what if they do not except this type of boarding pass? Then what will he do? The answer was quite clear. He’d be forced to ride second-class, aboard the highway to hell.

Parker sat motionless at the end of the dining room table, right where his father once ritually took the position. The dim light from above cast his projection upon the dark varnish of the table’s surface.  After lighting a stick of incense, he proceeded to pour his sixth glass of wine. His buzz was good, but not quite good enough to do the deed just yet. If he were going to blow his brains out, he would have to be completely blitzed out of his mind.

It’s not that he was scared to do it. It was a matter of not knowing where he would end up after he pulled that trigger. That worried him a lot. Anything has to be better than the hell he was living right now, he thought.

The date was October 7th, just a few minutes shy of The house was quiet, still, and lonely—far too tempting for a fate such as this.

On the morning of the fourth, his parents were alive and well. By that afternoon, both were dead and gone. He was, however, partly the reason they were gone. If it were not for him, both of them might still be around right now. Now, he was a complete loner. He had nothing, just this old house to sit and dwell in past memories.

He took in a deep drag of incense that nonchalantly passed its way by his sniffling nostrils. He then chased the burn down with another immense gulp of Dr. Feelgood. It was the burning that triggered him to recall these past ten years. It all started with this one incident that seemed so simple on the inside, but on the outside, it proved to be way beyond his repair.

They say you can’t relive the past.  You can never go back.  But what if the past needs you?  What if it comes for you?  Could you go back?  Would you?

Parker has chosen to relive his past life with Sarah Lanson, a suicide and long lost love. Now it’s up to Parker to face her demons and battle his own, in order to save her soul. He finds that he is able to climb back into the mold of his former body and relive the final days that led to Sarah’s demise. Along this journey, the curves in the road are treacherous. Will his love and compassion be enough to drive her toward the light?

Lance Benware was born on . He started writing poetry at the age of sixteen. His poem, “Threshold,” was published in the 1995 edition of Anthology of Poetry by Young Americans. At the age of twenty-two, he began work on his first novel, Blessed Poison. Two years later, he emerged from his writing cave with a sense of purpose that still propels him to this day. Blessed Poison is only the beginning. He is still typing away at novels, holding onto his initial visions, and still dabbles in his first love, poetry.