A Conspiracy to Create a Theocracy 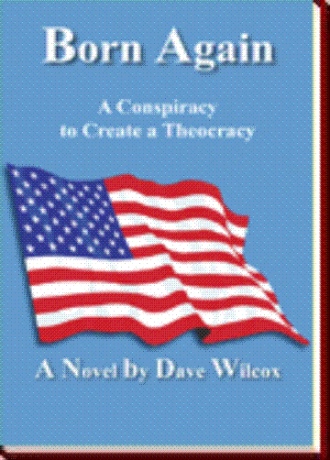 Following his forty year habit when contemplating difficult problems, Gordon leaned his six foot frame back in his cracked leather chair, hoisted his legs onto his cluttered desk, removed his glasses, rested his elbows on the chair’s arm rests, and laced his fingers together.  He gazed through the floor length windows at the steeple gleaming in the fading sunlight.  Years ago he had placed his desk in a position from which he could observe the original campus green.

The windows framed a scene bathed in autumn brilliance.  Red, yellow and golden leaves clung to branches or like gently rocking cradles drifted to the ground where they haphazardly covered the lawn and the brick pathways crisscrossing the center of the campus.  Century old maple trees stood like sentries guarding intellectual freedom.  Georgian style buildings landscaped with dogwood trees that in spring erupted in glorious pink and white blossoms surrounded the Green.  After the completion of the chapel these buildings were the first structures to house classrooms, an administration center, a dormitory and a library.  It was a scene reflecting the serenity of Gordon’s life.

As old and stately as the maple trees, the chapel’s white columns and it’s steeply pitched roof supported a golden steeple that was visible for miles.  The spire pointed to heaven which seemed appropriate. He felt that only divine intervention would resolve the conflict.

The humiliation and public disgrace of defending himself before his peers was devastating.  It was even more demeaning because his old friend Raymond Dillon, a Church elder, would be a member of the committee.  The Three River Rats would be together again, but in a way they could never had contemplated.  Gordon knew that if he were found not guilty - a preposterous proposition since few had the nerve to buck Pearson. The charges alone would permanently close the door on his career while he was still in his prime at the age of sixty.  No matter how he viewed the situation, he would lose.

Outside, a sudden gust of wind from swirled the leaves and rattled the windows distracting him. His reverie ended. Robert called his wife Edna telling her of the summons and asked her to phone Dillon’s office to arrange for the two of them to meet for a late dinner at Singleton’s .  From his desk drawer he removed a folder.  After reviewing its contents he turned to his PC and began to type frantically, as though his thoughts were rushing from a broken dam and he was capturing them before they washed away.  If his career and prestige were coming to an end, he could at least make a stand and present a defense as forcefully as his experience and limited preparation time allowed.

The folder contained a document that had been anonymously left on his desk in a large brown envelope several weeks earlier.  He recently discovered it in the pile of books and folders while he was searching for notes for a class lecture.  There was no confirmation of the information and no explanation of its purpose.  The material was outrageous and so potentially explosive that if true, Gordon knew it would shift the issue from himself to Pearson.

He worked until his beeper sounded providing him sufficient time to meet his friend at Singleton’s .  He wrote the words, “Born Again” on the folder and stuffed it and his work into the battered leather briefcase imprinted in gold with his initials “R.F.G.”  Edna had given it to him fifteen years before when he was selected Dean of the .

With briefcase in hand he locked his office door for the familiar walk along the deserted corridor.  The hallway smelled musty.  It smelled musty forty years ago when he was a student in the same building.  Life and friendships were clearer then.  The college was a place for educating and learning.  Now, it was an edifice for the veneration of Pearson.

Generations had been inculcated into the culture espoused by his old friend William Pearson.  Gordon was not certain whether the “Pearson Faithful” were supporters of Pearson’s Theology or of the man himself.   Religion had its place.  And government had its place.  Today, the lines between the two were being more sharply drawn.  Pearson wanted them combined, just as he had merged the Church and the College to control both. Gordon stepped into the twilight. He met a late October chill that promised the first freezing rain of the season. 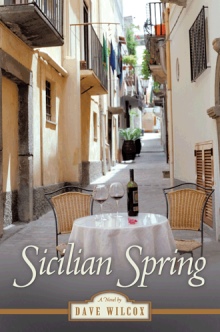 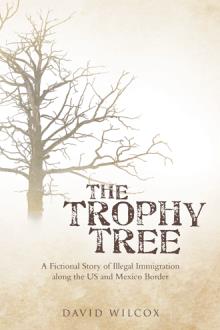 William Pearson is a powerful and charismatic preacher. Believing he has been selected by God to lead a conspiracy to create a Theocratic Government in the United States, he sanctions murder and political corruption to achieve his goal. Pearson’s childhood friends, banker Raymond Dillon and Professor Robert Gordon die in a suspicious accident. Raymond’s prodigal son John learns of his father’s death while sailing in the Virgin Islands. Upon returning home Anita Wells, Raymond’s assistant, informs John that Pearson is attempting to gain control of the bank with the help of John’s domineering sister, the beautiful Susan Dillon.
Anita persuades a reluctant Jon Dillon to fight for control of the bank. John and Anita work together to uncover money laundering, loan fraud, and murder involving the Church of the Divine Nativity. Pursuing the dangerous money trail takes John on a perilous journey through Florida and Texas uncovering the diabolical plan “Born Again.” John and Anita attempt to stop the conspiracy before Pearson complete the final stage of the plan.

Dave Wilcox was raised in , moved to and enlisted in the Army.  After receiving a degree in Government from , he was a banker for thirty-four years in .  His free time was spent with his family on and in The Virgin Islands.