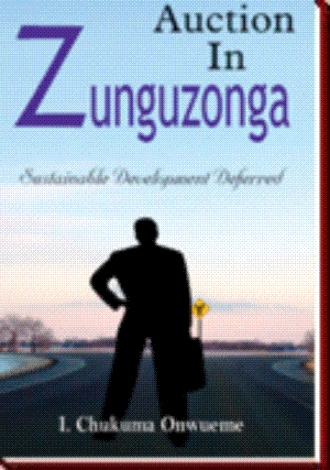 The three men walked briskly. They had parked their car nearly half a kilometre from their intended destination. Now, they were picking their way through the pockmarked pathway that passed for a street. Bicycles, pedestrians, street vendors, and the occasional car jostled for right of way. The monsoon rain of the previous night had filled each pothole on the street, creating a patchwork of reddish puddles that splashed unmercifully at pedestrians as each vehicle navigated the maze. Both sides of the street were lined with two or three-storey residential buildings in which the ground floor invariably doubled as commercial premises for traders, tailors, barbers, cobblers and other small-time professionals. As the group of three went by, they were approached several times by various artisans soliciting their business. But the men kept a studied silence, only barely signalling to the traders and artisans that they were not interested in what they had to offer. The oldest and shortest of the men was clad in a dark business suit. The fabric of the suit, though relatively new, was stretched taut in all directions from the ample flesh that it tried to rein in. The man was already panting, and sweating profusely from the brisk pace of the walk. Beads of sweat were forming on his balding pate, coalescing, and gushing down his face in rivulets. A handkerchief was on duty to soak up the rivulets, just as more formed to replace them. Every few steps, the man would hunch his shoulders in a desperate attempt to catch a deep breath. He went by the rather unusual name of Mr. Skoop. Whether or not it was an alias, nobody around could say for sure, but that was what everybody called him. The second man, younger and taller, was also clad in a western-style suit. His body was adorned in considerable ornamentation: a dangling gold necklace, a matching bracelet on the left wrist, and a ring on the index finger of each hand. A shiny golden tie-clasp held a broad, flowery tie in place. His gait had a rhythmic swagger, to match his narcissistic mien. Curiously, he carried a shiny, medium-sized hand bell, smothered in a blue napkin to prevent it from clanging as its carrier went along. The third man wore a simple grey native jumper, much the worse for wear, but still enough to embellish his otherwise scrawny frame. For footwear, he had a pair of brown sandals, the left one of which was unbuckled, flapping rhythmically against the sole of his foot as he walked. He was clean-shaven: jaw, chin, lip, head and all. This man trailed a couple of steps behind his two companions, and somehow seemed the least enthusiastic about whatever mission the triumvirate was up to. The trio made a left turn at the petrol station, proceeded for another fifty metres or so, and then pulled to an abrupt halt. The two men in suits glanced at each other as if to ask: "What do I do now?" They exchanged reciprocal nods of reassurance. The man with the bell then pulled out a sheet of paper from his pocket, consulted it for a second, and then with all the flourish and force he could muster, he clanged his bell, loud and clear, but only once. He turned to the other two, exchanged cursory smiles with them, then swung around and began walking back towards their car. The others followed. The pace on this return journey was no less brisk. The short fat man, now at the limits of his physical endurance, was no longer able to keep up with the other two, and was quite content to bring up the rear. When he heard the bell ring on the street below, Keli Alili peered out of his upstairs window, and caught a glimpse of the trio just before they turned around to proceed on their return journey. He watched them for a few seconds, and then called out to his wife, Dada, who was then in the kitchen.

Why has development in the third world been so slow, so tedious, and so unsustainable? The lamentable tale of Keli Alili gives us an insight. Keli is living in two worlds, both of them very real. As the learned and much-travelled Deputy Director at the Foreign Ministry, he is every bit a man of the modern world. But as a favorite son of Alaku, his traditional village, he cannot escape the incessant tug of traditional society and traditional values. He has to constantly juggle the conflicting demands of these two worlds, and of the endemic corruption in Zunguzonga, his country. The story further explores issues of traditional religion, justice, indigenous languages, food aid, the debt trap, marriage, gender, and the role of age in traditional society. This is an engaging multicultural story woven around profound issues that impact sustainable development.

Professor Inno Chukuma Onwueme has spent a lifetime immersed in the development process in third world countries. Through this, he has acquired a wealth of first-hand experience relevant to the field. With a doctorate degree in agriculture, he has lived and worked as a university professor in Africa, America, Asia/Pacific, and Europe. Having written numerous professional textbooks, he has visited nearly a third of the countries on earth, some of them as a consultant for the United Nations. This global exposure has enabled him to appreciate some of the constraints encountered by developing countries all over the world. In this book, he uses the medium of a novel to analyze these constraints and share his experiences.