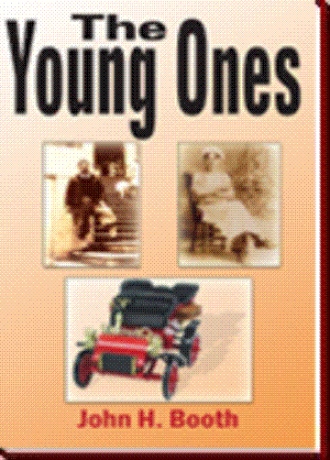 Frank was loading his wagon for another run to Rainsville.  He knew he would eventually have to hire someone to make the deliveries for him because he needed to spend more time baking.  The run to Rainsville was one of the longest he made.  He hitched up his Dobbin to the wagon and, in a cloud of dust, was off to Rainsville.  He was coming up over a rise, not too far from Rainsville, when he spotted a cloud of dust boiling up ahead about an eighth of a mile away.  Cautiously, he turned up a steep bank and onto a grassy lane that skirted a little cemetery, and waited to see what was coming.  He pulled far enough off the road so that whoever it was would not spot him.  He didn’t have long to wait before a group of riders went galloping by, and each of them were towing a couple extra horses.  Frank didn’t recognize any of them. That was unusual in itself because there weren’t too many people around that he didn’t know.  Frank had never owned a gun of any kind and now he wished he had one.  Something about the fierceness of the rider’s visages alarmed him.  He carefully backed the cart out of the little cemetery and continued on to Rainsville to make his delivery.

Zediciah Wilson was sweeping off the boardwalk in front of his hardware store when he looked up and spotted Frank pulling up in front of Searcy’s grocery store.  He had just been thinking how good an applesauce doughnut would taste and nobody made them better than that guy from .  Zediciah could not get over how youthful looking the baker was for all the expertise he exhibited with his pastries.  He set his broom aside and walked across the street to the grocery store.  Frank was shelving his fresh bread and had not yet put out any doughnuts.

“Hey there, Boy, you brought some doughnuts with you didn’t you?”  ’s shrill voice startled Dobbin and the horse jerked the wagon.  Frank just grinned and finished shelving his bread before answering.

“How many dozen do you want, Mister Wilson?”

Zediciah was about five and a half feet tall and as round as he was tall.  His appetite would be hard to appease.  He dug around in his pocket and produced fifteen cents.

“Well, didn’t know I had that much!”  “I’ll take a dozen of them applesauce,” announced the fat little man.

“One dozen it is and one for the road, Mr. Wilson.”

Frank took the fifteen cents. He would give Mr. Searcy, grocery owner, his five cents, and keep ten cents for himself.

“Well, young man, I appreciate the extra doughnut, but you ain’t gonna make any money giving your doughnuts away.”  The little man was already on his second one.

“Oh, but I didn’t, Mr. Wilson!”  “That was a baker’s dozen that I gave you.” Frank collected a couple of loaves off the shelf that hadn’t sold and threw them in the back of the Bakery Wagon.  He thought for a second and then asked, “Say did either of you folks happen to see a group of riders?”  “They seemed to be in a mighty big hurry.”

Zediciah cast a quick glance at Mr. Searcy and opined, “That was probably part of that Barton gang.”

“Barton gang!”  “I ain’t never heard of any Barton gang!”  Frank climbed back onto his wagon and gave Zediciah a long look.  “You like those doughnuts, Mr. Wilson?”  The little fat man shrugged his shoulders; he was on his fourth one.

“I’ll make you some bigger ones the next time, Mr. Searcy.” With that and a crack of the whip, Frank was back on the trail and headed for .  It would be dark when he got back home to . The Baker, as Frank was called, was six-foot tall and solid muscle.  He didn’t fit the traditional image of a fat little baker with rosy cheeks.  He had a no nonsense attitude but at the same time a congenial sort of man.  He had already accomplished quite a bit for a young man. was a thriving community located on one of the main arteries between and

The Village was a very active little town during its heyday.  While the dearest and best marched off to glory and fame in the Spanish-American War, the sleepy little Village contends with its daily routine of gossip and controversial activities. Some of these activities included: Bridge Rutter’s unauthorized hangings, a race involving a horseless carriage and a horse, and prize fighting between a champion and all comers! More activities included: a legendary football team that included the famous Jim Thorpe, a stubborn mule named Rascal and an equally stubborn owner named Windy.  There was a controversial potion sold at the drugstore to juveniles, two boys forever in trouble with their parents, a swimming-hole scandal involving a gang of boys swimming in the buff, the funeral for man’s best friend at the local barbershop, a monument to the Governor’s prize full, and a Village idiot.  Also taking places were a zealous Sheriff hanging horse thieves at Willow Slough to save court costs, a woman drug out of jail and hung without trial or ceremony, a man hung by vigilantes, and a mule wreaks vengeance on an obnoxious kid with a sharp tongue and too much time on his hands.  Then there were the Village women who had their day of fame at a suffrage rally with Carrie Catt and Maud Park. The local heroes of the War came home as enemies.

The author’s Huckleberry childhood led him to many adventures with the diverse personalities of the Village.  It is an amazing revelation, in retrospect, when he revaluates later in life, the richness of the small town’s personalities and character.  Listening to stories by the people of the Village while sitting on a porch or a stoop on during a warm summer evening provides a lot of the grist for grinding out this tale that has been a joy to write.  He loves the people of the Village and loves to write stories about them.  Although fate led him away from the Village, it was fond memories that led him back to the spirit of the Village.