Patches From the Blanket of Life 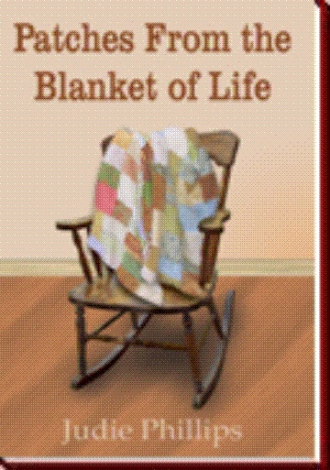 Are You My Mother?

“I wish I was dead!” Our twelve year old, Michael spouted. “Everyone at school doesn’t like me and my grades are bad and I hate school!”

We were all sitting on the end of our bed where most of our family talks occurred. It was interesting how comforting  ‘mom and pops’ bed was

when the children needed to talk, however; this particular talk turned into a shocking realization!

As Michael poured out his heart to us, Norm and I were trying our best to encourage Michael by reminding him about the blessings in his life.

“Why Michael, you have a warm house to shelter you from the cold and rain, a roof over your head, a loving family, food in abundance and a nice Christian school to attend and you have the assurance that you are going to heaven. Somehow, Michaels’ and Bryans’ biological mother came up and said, “But wait! You’re my mom!” Looking with pleading eyes at me, I could tell that even though Norm and I had talked pretty candidly about the children’s biological mother, that had somehow blocked that out of his mind, and all he could remember was me. “I remember, mom, you changed my diaper and I had a blue bottle.” Norm and I began to explain to that Norm had been married before and that his real mother lived here in town. All could communicate, through copious tears at that point was, “Are you my mom? Are you going to be my mom forever?” For some crazy reason, I couldn’t promise that I would be his mother forever because I kept thinking, what if I go and promise him that I am going to be his mother forever and then the Lord has a different plan and takes me home to heaven. Then would really be disillusioned.

I wanted to get some outside counsel on my thinking and how I could comfort , however; all the elders and our pastor were gone on a men’s retreat. The next morning I did get a hold of one of our pastors and he shared with me that knows now that I am not his mother but he is looking for security and comfort and that it would be okay to tell him that I am his mother to settle him down.

Just after I hung up the phone from brother, (pastor) , the principle from ’ school called me and he said that was squatting down outside his classroom door and wouldn’t go in. I explained that just came to the realization that I wasn’t his real mom. Then I asked Mr. Van Meter if I could come and get out of school. He said, “By all means!”

As I drove slowly onto the school grounds, saw my car and broke into a sprint! He ran along side of my car and swung the car door open and yelled, “Are you my mother?!” “Yes, I’m your mother!” I was filled with emotion, as I put on the brake and threw himself between the stirring wheel and my body. We wept over each other for a while and then we went home. At home, we talked about anything and everything that he wanted to know. was so precious and tender as he asked question after question. I felt bonded to him in a way that only God could bond two people together.

I thank the Lord that he helped us through this tough spot in the road.

Picture for a moment life as a baseball game. So often we are only looking for, or remembering only the home runs in the game. In reality it is the singles and the doubles that make up the score at the end of the game. Being a mother and father, trying to raise moral children with character is a challenge at best. I believe that Judie has captured the whole game of life with her patchwork of stories, that will inspire and encourage those raising families today. As Judie knits story after story together to make up the blanket of life, she gives you the feeling we should be thankful for the little things in life, as well as the big. It is possible with God today to have victory in raising a family.

Her loving husband and partner for life Norm Phillips

Can an ordinary everyday mother of four children 2 grandchildren, and a successful marriage of over 30 years have anything to say into today’s world?  I think Judie has done a masterful job letting women and mothers around the world know they are much more than targets for a gift once or twice a year.  Judie Phillips has beautifully woven her family’s life into a unique form so all who would read her works will be encouraged and inspired to be the type of mother that made this country what it is today.  Her faith in God and country and the love for her children is a breath of fresh air.  Judies book will encourage and warm the hearts of women and mothers for years to come.  This may be Judie’s first book, but I pray not the last. To Judie I say... BRAVO!

From her best friend