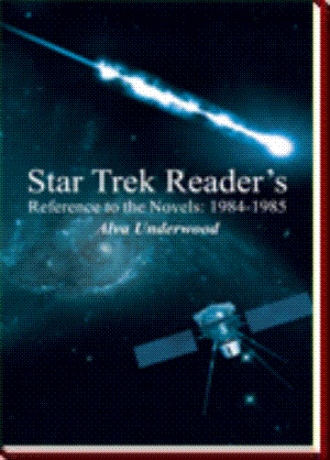 Scott, Montgomery–StarFleet Serial Number: SE 197-514.  Known affectionately as “Scotty” to all aboard the , this friendly Scot was born on O.R. or sd1268.5, in , Terra, to Margaret and William Donald Scott.  His mother died when Scotty was age 5, leaving brothers and sisters and a grieving father and children who never forgot her.  By age 10 he was showing a talent for machinery by repairing the latest-model aquatic pleasure craft and tinkering with land-based vehicles often at the request of adults who chose not to pay full price to a child repairman.  By age 15 he was doing repair work for pay.  Lured by the appeal of space, he signed aboard a private prospecting vessel as a crewman at age 15.  Soon he was promoted to its assistant engineer.  The Enterprise Officer’s Manual, which provides a brief biography, states that Scott’s age, 16 at the time, did not distract from his expertise and experience when Tri-Planetary Shipping Lanes hired him as an impulse engineer for their Rigel run.  He continued to learn about engines, mainly from experience.  Another biographer indicates a short time before he took ship, he submitted the article “Aberdeen Solution” to the Encyclopedia of Engineering Development and Design (KM).  In his article he debunked the current Perera Theory about Klingon ships always running in threes.  Although math and theorems seemed to support the Perera Theory, study and application of Scotty’s theory would prove his to be the correct one.

In addition to his proficiency with mechanics, Scotty desired further knowledge of physics.  His biographer, Krophauser, writes that a series of courses taken from the in , indicated his interests ranged from advanced physics taught by Karen Jenson to aeronautic engineering taught by Christine Rudd, and warp dynamics taught by Debra Jo Martini (142).  When these “earth-bound studies” as Scotty called them, no longer held his interest he turned to the stars, finding steady employment with a variety of vessels.  In time he would discover to be the most challenging and rewarding period of his educational years.  Scotty would work from age 16 to 20 on a variety of interplanetary liners and cargo vessels before accepting the position as senior engineer, at age 22 on the  Deneva-Asteroid Belt run.  Also during his 22nd year, he  applied for his warp drive papers.  His years of studying space mechanics served him well when he did an apprenticeship on the freighter USS Glasgow before he entered the merchant marine as a certified tachyon engineer.  When the position of 2nd engineer came open on the science vessel the U.S.S. Deneb Queen, he accepted it, staying in the position for the next 5 years.

When his tour ended he returned to Terra, having been offered a position with the Terran-based Cochrane Tachyonics Corporation.  He declined it to enter , first in command school and then in engineering when his college commandant discovered his love and talent for mechanics.  The Academy offered him classes with the famous Dr. Kahn Revox of the Deneva Research Station, Dr. Granville Weber’s class in galactic techtonics, and special studies with Commodore Rex Oberman, more famous for his service on the SS Trithium than his work in advanced warp-drive modifications (Krophauser 142).  Scotty’s senior thesis, the theory and implementation of a compact impulse-drive engine, led to the developing of the Constitution-class shuttlecraft.  For this work he won the StarFleet Academy Engineering Excellence Award.

Want to know more about the characters of the original series?  Want to know about the origins of the Klingons and Romulans as well as other aliens?  Interested in playing the Klingon Game, learning the levels of mind touch, and meeting new “” crew members?  This third reference, focusing on the novels of 1984-1985, expands the data compiled in the references for the novels 1970-1979 and 1980-1983.

Within these pages are biographies of the eight main characters, a description of the starship “”, and plot summaries of the thirteen novels between 1984-1985.  Immerse yourself in the world of Star Trek found in the novels and enjoy a reference tool for the reader of Kirk’s adventures.

As a Star Trek fan since having seen the episode “Devil in the Dark”,  Alva Underwood enjoys reading and writing about the world of the 23rd century.  This native Missourian has written a history of the Moberly, MO public library and a history of the 125-year-old at   This reference, the third in a series, continues her efforts to develop the Star Trek world.