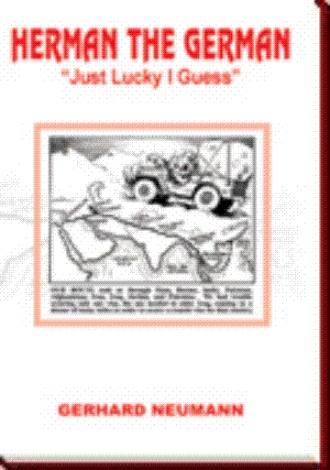 Through the crowd emerged a fur-draped stunning platinum doll, heading straight for me. Yes, this was she, Ann M! My heart skipped a few beats as she took me by the hand and towed me to the adjoining hotel bar. I had never seen an American bar, let alone sat on one of its high stools. “What will it be, soldier?” the bartender asked. I had not the slightest idea what to order; except for beer or Chinese rice wine, I had never drunk any alcohol. When I hesitated, my beautiful companion asked sympathetically, “Sergeant, do you prefer a hard or a soft drink?” Her question was totally incomprehensible to me. Hard? Soft? To me all drinks were liquid! For herself, she ordered something “double”; to make a quick decision, I asked for a Coke….

We were talking about and her brother when Miss M. pointed toward an elderly gentleman entering the bar from the lobby. “Here comes Sugar Daddy!” (Who?) After a brief introduction I was beginning to relive with him the flying days of Captain Eddie Rickenbacker and his 94 Squadron in , of which this sugar daddy had been a member in 1918. The gentleman, president of a company whose name I had heard in , invited Ann M. and me to a delicious dinner in the sumptuous dining room upstairs. I hadn’t selected something to eat from a printed menu for years! A glass-covered dessert cart was rolled to our table. After rice and sponge cake for the past three years, Viennese pastry and chocolate pie were quite a treat. When I said good night to both of them, Miss M. asked me to call her the next time I’d be in —but I chickened out! I never saw her again.

At nine next morning, the colonel picked me up for the press conference. There were twenty-two reporters from the Time, Herald Tribune, Post, Daily News, German-American newspapers in English and German, and many more. An hour-long interview, questions and answers primarily related to my being in the American Army and why we had been losing so many air bases in recently. The colonel had to kick my knee only twice, when questions relating to Mme. Chiang and the Generalissimo came up. Photos were taken after the interview.

I bought one each of next morning’s newspapers. When I read what the reporters had to say about our conference, I nearly died! Incredibly different stories came from one and the same interview; many articles were not only untrue, inaccurate and exaggerated, but outright sensational. I was terribly embarrassed. Of all the newspapers, only two were accurate. In the next issue of Life, the back cover of its overseas edition sported a full-page photo of my head and shoulders, with the caption “G.I. in a Jam,” reporting correctly that I had just arrived from overseas as a U.S. Air Force master sergeant and was an ex-Flying Tiger, but could not get a commission because I first had to obtain U.S. citizenship. A United Press reporter invited me for a day-long car ride next day to see other parts of , from to Wall Street an to lunch at the Waldorf-Astoria. Since the colonel had told me earlier that my trip to would have to be delayed by one day (because no reservation could be obtained until then), I was glad to accept the reporter’s invitation to see more of .

Once arrived in , I had an immediate appointment with famed General Wild Bill Donovan, winner of the Congressional Medal of Honor in World War I. He had received a message from General Chennault, outlining my background and requesting him to do whatever he could to get me a “direct field commission” since I handled classified material. The friendly and informal general, a lawyer in civilian life, welcomed me at the door to his office. I described to him the current state of the Chinese forces as I had observed them. He listened attentively, then summoned his aide (a Navy captain) and ordered him to see that I was well taken care of during my first visit to this country, and that I did receive the commission as an officer. For an extra welcome bonus he directed that I get a blank, preauthorized pad of ten three-day passes, which I myself was to fill out wherever I might be at those dates. I thanked General Donovan and promised to see him again in sixty days. I remained with his aide, who called a government lawyer and requested him to research what it would take to do what the general wanted.

“Where to next?” asked the aide.

Thinking of a friend of the Calcutta Red Cross girl, Virginia, I replied, “To Chicago.” The captain arranged for a train reservation leaving in a few days. That same afternoon I looked up the address near of the chess-playing girl, given to me by the soldier I met playing chess in . Because I had written her address on a separate slip of paper, it was not lost as was my black book at the Pyramids in . No one answered her doorbell. I waited for a while, sitting on a hallway step, then walked to a nearby corner drugstore—the very first American-style drugstore I had even been in, i.e., in which one could buy just about everything besides drugs. A young waitress concocted for me a giant ice-cream sundae: black, white, pink and yellow, topped with marshmallow, chocolate sauce and nuts…the works! Her boss came over to see what was going on—then refused to let me pay.

Before returning to downtown I went one more time to see if the chess-playing lawyer had come home while I was stuffing myself. She had. Clarice’s pretty little face with her shiny, bright and attractive eyes peered out from behind the chain holding her door slightly ajar. From the hall I passed on greetings from her friend of the 20th Air Force whom I had met in five days before; only then did she let me into her apartment. Clarice had just returned from donating blood for the Red Cross and she accepted my dinner invitation for that evening. With so many “surplus” girls in , all out “to please the soldier in uniform” (so they said, anyhow), it was easy to have a date with a different

“This fascinating and amusing account of his life is told by a colorful and highly capable German who became one of America’s most successful technical managers in the development of jet engines for aircraft.”

“Not only has Gerhard Neumann’s life been filled with exotic and exciting adventures, but he was a highly successful engineer and ex­ecutive—truly a superior individual and one of my favorite people.”

“Readers of Gerhard’s book will probably come to the same conclusion I formed while doing business with him; there is still room in industry for free spirits.”

The first time I met Gerhard Neumann was in , during World War II. Ever since I have been fascinated by the kaleidoscopic adventures crowding his life. After meeting my late husband, General Claire Lee Chennault, Gerhard joined the famous Flying Tigers, where he was known as “Herman the German.” Paradoxically, although an enemy alien, Herman the German became a master sergeant in the U.S. Army Air Corps.

Gerhard’s engineering talents, his zest, his sense of humor, and his magnificent rapport with people at all levels won him the respect and affection of everyone who met him. General Bruce Holloway, former head of the Strategic Air Command and vice-chief of our Air Force, once said: “He was a gigantic asset to the operations over there in . Having Gerhard as a line chief was like having Charles Kettering [General Motors’ famous engineer and inventor] run the local Chevrolet maintenance shop.”

Neumann’s phenomenal sense in assembling a Japanese Zero fighter plane and his work with the in the Orient earned him his citizenship by act of Congress. After the war, a 10,000-mile Jeep trip across Asia with his American wife and dog, and an astonishing career as a maverick-type manager—he rose to head up General Electric’s multibillion-dollar jet engine business—added more adventure and achievement to his amazing life.

Gerhard Neumann represents that extraordinary blend of varied heritages, cultures and talents that has made a country not only of the past but definitely of the future.