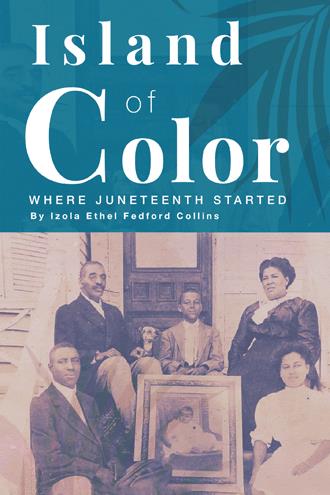 This book will endeavor to document or note the many ways in which African Americans entered the American scene via , and played roles on the stage of life that changed history. Leaving out these players in historical accounts is akin to trying to chew food without one’s back teeth – swallowing anything, and  wondering why the food won’t digest.

It should be known and appreciated that in Galveston, African Americans established their first schools, churches and businesses in this part of the country; played in their first organized sports clubs; attended the first medical school in the Southwest; produced leading post-Civil War politicians and the first African American world boxing champion; played orchestral instruments, and helped originate jazz music at the same time it was becoming known in New Orleans, maintaining this musical leadership in the Gulf Coast region through the blues explosion. Texas’ first daily newspaper, the Galveston Daily News, used information and data from an African-American institution of higher learning, now known as Prairie View University.

This book is a communication – through me -- between you, the reader, and a segment of our world,  in its past, present and future. My best form of expression is music. That being the case, this book automatically took on musical designations. (As anyone close to me would expect.)

“Gail Borden came to about 1850 and with him was a colored woman, Helen Rowe. She says they landed at Avenue H and . At that time there seems to have been a channel across the at that point. In 1866, to my recollection there was a slew or waterway clear out 21st from Broadway to the ; later sand piled up and closed the Gulf end, but the inner body of water still remained.

Up to 1873 there was a large pond of water at 21st and 22nd and M.  The , another cut, ran in at about twenty seventh Street. There seemed to be several places where the water partly cut across the island.

In the Storm of 1875, the Gulf and Bay waters met first on . This storm also opened a channel on which led from the Gulf to the bay. It was called the Rosenberg Channel ... closed at Gulf by the wave motion and the sand. Crabs were caught on Broadway from the ditches from back to twenty first, and from there nearly to the Gulf on the South.

At the foot of Broadway were many small deep ponds, where fish of two or three pounds were found. Late in the Seventies [1870s], Mayor C. W. Hurley engineered the filling of Broadway from the high sand hills on the beach. Before that time the mule cars on Broadway ran on trussels [trestles] in some places three to four feet from the ground.

On the bay front water washed up to the . The sail boats brought wood to town and came in three feet of water, then the[y] would drive out to the boats, load up and deliver it to the buyers. At this time no boats or ships drawing over twelve feet of water could come into over bar at the Gulf end of the channels. 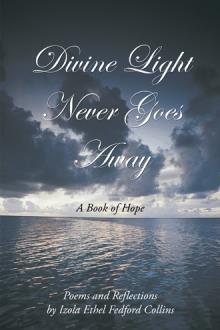 On this island called Galveston, Texas, African-Americans have a unique position in the history of the world. Natives of this city, and incoming residents, who were people of color, were the pioneers of much of the civilization that occurred in this part of the world. “Juneteenth” has become a term used by persons all over the nation who recognize the validity of the term now synonymous with freedom of the former black-skinned slaves. This term comes from the fact that, in Galveston, Texas, General Granger arrived by ship with orders that were read to the public at Ashton Villa on June 19, 1865. He actually arrived in the harbor on June 17, 1865, and the news leaked out from the deckhands on that date. But the dates are both worthy of the title “Juneteenth”, which is the way the former slaves passed down the news to their progeny. This news came from the official document called the Emancipation Proclamation, which was a law signed by President Abraham Lincoln on January 1, 1863, and sent to the southern states involved in the Confederacy. So Texas was the first of these states to receive this law, and Galveston was the entry port, and therefore had the distinction of being the first place to embrace the freedom of persons of color in the southern part of the new United States of America. There were free men and women of color in Galveston before this announcement was made, so the progress of the city toward racial harmony was already underway. Pioneers of all kinds of institutions and businesses came from Galveston. It is no accident that Galveston has been a city of “firsts”. The titles of “first” have been proven for the state of Texas, because these were recorded and documented in many journals and publications. Some visionaries of African descent have been recorded by name, but since the freed persons of color usually could not read or write (they were forbidden to learn to read or write in slavery), there is little written from their perspective. It is the purpose of this book to reveal what was written by a man of color, my grandfather, who came to Galveston with his family as a small child, immediately after freedom was declared. His words are proven to be true by later documentation of official sources in the city. In addition, recorded words of interviews with numbers of citizens who were alive when this book was begun have been used and preserved on audio tapes. Until now, this story, told from the perspective of the persons who lived it, has been untold. Because of its far reaching effects in the whole world, this story fairly screams to be acknowledged and revealed. It is with great excitement that I bid you to indulge yourself in the luxury of discovery!

Izola Ethel Fedford Collins was born in the family home in on , educated in the school system.  She received her Bachelor of Arts degree from and the Master of Music degree from in .

She organized and directed three school bands in - , Hitchcock, and Galveston Catholic.  Retiring from Galveston ISD as an award-winning Choir instructor, she then was elected city-wide to the GISD Board of Trustees and served nine years, the last as president.

Ms. Collins has written articles published in “Southwestern Musician”[Texas Music Educators Association], “Fanfare” [ of ], the story of St. Mary’s Hospital [], poems in “The National Library of Poetry”, and has her own book of poetry, “Divine Light Never Goes Away”. She was married to Roy Lester Collins, Jr., now deceased, and has three children - June, Roy III, and Cheryl, who have given them eight grandchildren.