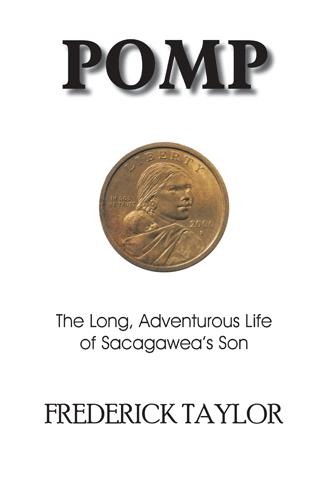 By 1842 Baptiste was working for the trading company Bent & St. Vrain—and stuck on an island in the .

Charles and William Bent, brothers from St. Louis, and Ceran St. Vrain had a trading post on the South Platte they called Fort St. Vrain and Baptiste was dispatched from there as the head of a mostly Mexican crew to carry furs down the river to St. Louis in boats that had been built at the fort. The was low, and the trip was a nightmare; the boats had to be pushed and dragged over shallows. At one point they unloaded the furs and carried them over shallows to the next patch of floatable water.

Baptiste finally gave up forty miles downstream from the fort and set up camp on an island that he named , which was no accident and showed a sense of humor. was the island in the to which Napolean Bonaparte was exiled in 1815 after his disaster at , a fact that Baptiste prrobably picked up in his European travels with the Prince.

Baptiste and his crew spent the summer on the island and played the genial hosts to some distinguished visitors. One of them was Captain John Charles Fremont, who got the title The Pathfinder for his explorations of the West, although it was mostly Kit Carson who found the paths after had picked the implausible routes. was ’s guide on this trip.

On July 9,  Fremont recorded in his report to Congress, that “ Mr. Chabonard was in the service of Bent and St. Vrain’s company, and had left their fort some forty or fifty miles above, in the spring, with boats laden with the furs of the last year’s trade. He had met the same fortune as the voyageurs on the North fork, and finding it impossible to proceed, had taken up his summer’s residence on this island.....”

Fremont’s reference to the voyageurs on the North fork was to a party of fourteen men that sixty days earlier and three hundred miles upstream had left with barges loaded with American Fur Company furs. They had started well but soon ran into shallow water. They dragged and poled their boats, sometimes making only two or three miles. Finally they gave up, cached their furs, and packing their provisions on their backs, headed on foot to .

Floating the was no afternoon row on the lake.

It was a pleasant meeting with Baptiste, whom described as a “director” of Bent and St. Vrain. “Mr. C. received us hospitably,” wrote. And Baptiste sent one of the crew out to gather mint, “with the aid of which he concocted very good julep, and some boiled buffalo tongue, and coffee with the luxury of sugar, soon were set before us.”

A cocktail party on a sand bar in the !

Elsewhere, added to his comments about Baptiste. “Most of the men on the island were Mexicans, but the man in charge of the party was one Chabonard, a gentleman of excellent education and evidently a witty man, as he had named the little island on which the low water had imprisoned him .”

Just before he reached Baptiste’s camp Fremont had run across Jim Beckwourth—or Beckwirth or Beckwerth, depending upon who was writing—one of the engaging rascals of the West. Beckwourth was out looking for a band of horses that had wandered off; the horses were “in charge of Mr. Chabonard.” explained that the man he called Beckwith was a mulatto who had lived with the Crow Indians and “had risen to the rank of chief.” When reached the camp he met Luisa Sandoval, a beautiful Spanish woman Beckwourth had recently married in . Later, after one of Beckwourth’s year-long trips to to steal horses, he returned to find his lively wife had remarried in his absence. In his memoirs Beckwourth claimed she had thought he was dead, and begged him to take her back. But Beckwourth said he decided he liked the single life better, and instead bought a bar and store in .

Whatever happened to Sacagawea’s son? His mother became a legend. But the infant boy who also made the hazardous 1,900-mile journey to with the Lewis and Clark Expedition nearly disappeared from sight after their return. Yet he lived a long, adventurous life. Educated in by William Clark, he spent six years in as the ward of a German prince. Upon his return he joined the fur trade, working with the famous of the west--Jim Bridger, Tom Fitzpatrick, Kit Carson--a guide for the Mormon Battalion in its 1,100-mile march across the Southwest to , the alcalde of Mission San Luis Rey, and a gold miner. He died, in a remote corner of , at age 61.

Frederick Taylor, a native Oregonian, spent 30 years as a reporter and editor with The Wall Street Journal, the last 14 as managing editor and then executive editor. As a reporter he wrote many of the long, front-page stories that have made The Journal famous. For 10 years after his retirement there he published and edited a weekly newspaper in Coquille, . He became interested in Sacagawea’s son, Jean Baptiste Charbonneau, when he discovered that, although Pomp lived a long, exciting life, he’d been only the subject of essays. thought he deserved more.

This book contains what he found.

lives with his wife, Georga, on the coast.