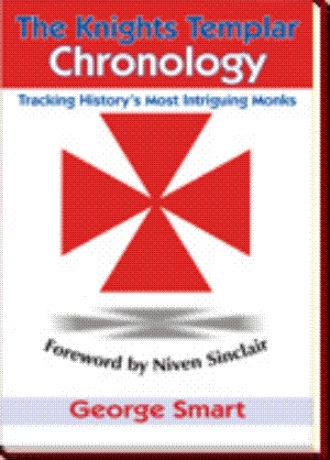 As few things captivate the human mind and imagination as a story unfinished, the Knights Templars’ purpose, organization, secret rituals, achievements, influence, and disappearance have become one of the most persistent and enduring mysteries in history.

These warrior-monks have been the subject of countless books over the years but the public has been largely ignorant of their exploits until recently.  With the runaway success of The Da Vinci Code, a novel by Dan Brown prominently featuring the Templars, more and more people are curious about this most intriguing group of knights.  But while Dan Brown has certainly been the most financially successful author (Forbes estimates The Da Vinci Code books, spin-offs, and movie will gross over a billion dollars in sales), he is not the first.  Michael Baigent, Richard Leigh, and Henry Lincoln pioneered this era’s wave of Templar interest with their 1982 bestseller Holy Blood, Holy Grail and its sequels The Messianic Legacy and Temple and the Lodge.

If you liked The Da Vinci Code and Holy Blood, Holy Grail, you''ll love digging deeper with The Knights Templar Chronology, a fascinating timeline telling the year by year story of one of history’s most secret and mysterious brotherhoods -- in detail unmatched by any other reference volume.   This remarkable book maps out at a glance the Templars'' rise and fall from which so many modern-day groups draw inspiration. Never before have the world’s most intriguing Knights had their incredible adventures and history so fully captured.

When George Smart is not researching 12th century knights, he is Managing Partner of Strategic Development, Inc. in .  With 23 years experience in nearly 400 organizations such as IBM, Cisco, Microsoft, Boeing, Harvard Business School, and Bayer, George is a frequent speaker to corporate leadership development programs and was 2004 Member of the Year for the Carolinas Chapter, National Speakers Association.