POETRY, SHE WROTE I: Oh Magnify Him 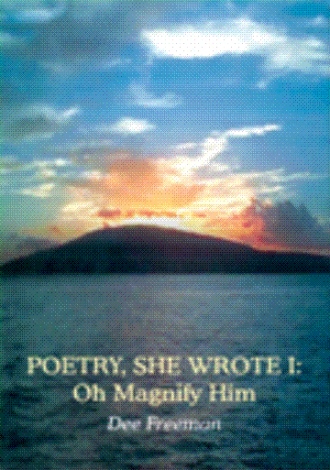 As I think of this world and how others have it much worse than I
I worship Him for His blessings and send a prayer toward the sky.
He answers back immediately, sayings He’s paid the price I once owed.
So, I’m sipping Blessings from my saucer; you see my cup overflowed.

I recall times things would go wrong and my faith would wear a bit thin;
I’d droop from the load of depression, but later hope would spring up again.
I’d ask the Father to allow me to appreciate the rows in my past I’d hoed;
Now, I’m sipping Blessings from my saucer; because my cup again overflowed.

I don’t always have material riches, and penny pinching can get mighty tough.
Yet, God’s given me love ones to surround me; they make me rich enough.
I praise and thank Him boldly for the mercies He's graciously bestowed.
Still, I’m sipping Blessings from my saucer; ever since my cup overflowed.

I made lots of money once, but, what can I say, it’s mostly gone now.
I try hard not to worry about that loss, I pray for happiness anyhow.
As I travel this life's journey, I’m reaping much more than I’ve ever sowed.
Now, I’m sipping Blessings from my saucer; for once again my cup overflowed.

Even though I pray for strength to conquer perils that grow wicked and rough;
I'll limit my pleas for more blessings, for I'm thoroughly blessed enough.
My desire is to never become too occupied, to show others along life’s road;
How to sip Blessings from their own saucer; once their cup too has overflowed. 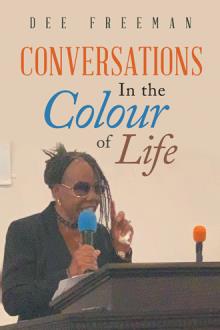 CONVERSATIONS In the Colour of Life
Dee Freeman
£9.95 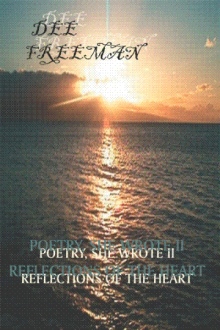 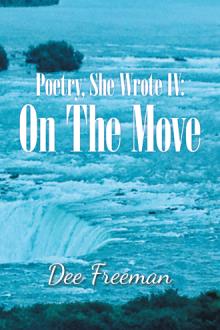 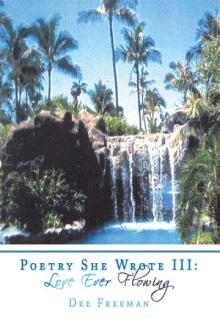 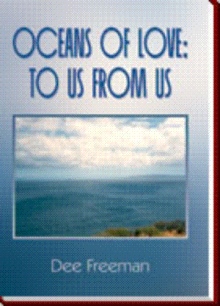 This book Poetry, She Wrote I: Oh Magnify Him is a collection of poetry that magnifies the majesty and omnipotence of our Creator.  This collection expresses the reality of the presence of an Awesome power, who maintains our destiny and fate.  This all powerful presence can be felt by anyone who has the ability to tune in to oneself, to keep an open mind and believe.  This belief can open the emotional window to the heart and provide an inspirational healing.  There is a deep and sobering love for self and creator, embodied by this poetry.  This particular collection emphasizes strong faith and a wish to implement, into our meager lives, the winning combination of belief and prayer to secure the promises of His Word.

The words are powerful, thought-provoking, and spiritually stirring; some inspiring; some sympathetic; some stimulating; some focus on self-love; some speak of movement through life’s phases-not aware of our destiny; some address how our loving creator watches over us; yet all echo the desire and longing each soul has, to connect with this Creator, in some manner, in order to understand the real meaning of life.

The poems can be of great benefit -touching, healing, awakening, soothing.  They encourage us to glorify our awesome creator.  They promote humility, reflection and praise.  All can enjoy this journey through life.  Even though life itself is a risk--a tumultuous trip of ups and downs, highs and lows; it is yet a necessity.  When we praise him, connect with him, follow his lead, experience His unlimited Grace, we will undoubtedly feel His presence and enjoy the journey-from beginning to end!!

Delores King-Freeman, ( to family), is a motivated and compelling poet and author, who left the south during the sixties to follow her dream, which proved extremely elusive.  Now, finally living that dream, she happily immerses herself in her passion-writing.  Freeman has previously published a well received book of poetry entitled “Oceans of Love: To Us From Us”.  She provides The New Citizens Press (a newspaper distributed throughout ) with its’ ‘Nu’ poetry column.  She has published numerous other poems; many of which have been recognized with awards for their inspirational, even motivational message.  Occasionally, she provides The Lansing State Journal with an article or word of inspiration.  She co-hosts “poetry slams” held at various locations throughout the Greater Lansing area.  Freeman looks forward to expanding her Poetree-N-Motion program which has a 30 minute time slot on a local PA station.  She is also a talented musical lyricist, hoping to have her work recorded in the near future.  Presently, Freeman is working on her first fiction novel, to be published by the end of 2005.  That will be followed by the remainder of the “Poetry, She Wrote” series- books of inspiration, motivation and romance.

Freeman thoroughly enjoys writing and sharing her poetry through presentations at special annual luncheons, tributes honoring the leadership of community and churches, and at other venues throughout the region.  She honestly feels her words will benefit all who read them-gently touching, softly soothing, delightfully awakening, enthusiastically illuminating and fervently healing.

As a grandparent, Freeman sees the need for help within the community.  She volunteers for HOSTS- Helping Our Students to Succeed-an organization that solicits aid in tutoring the elementary children.  She works on projects with the Michigan Million Women Movement that sprang out of the MWM (Million Women March) of 1997.  She’s a member of several supporting organizations, such as Marguerite Press, Disilgold Publishing and C&B Books Distributions. She also sings with a 35 voice group, who continues to keep the Negro Spirituals alive-The Earl Nelson Singers.

An alumnus of Northwood University of Midland, a former Financial Analyst for General Motors, Freeman continues to reside in with her husband, Myron, who is an attorney.  She is the proud mother of three adult children, one of which has attained stardom as an actress on Broadway.