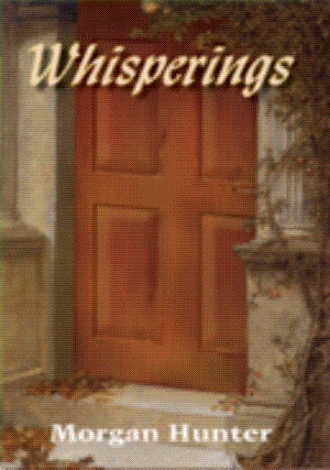 As Mattie was turning the key in the lock of her apartment door she heard the phone ringing.  She didn’t need to answer it to know it would be .  She was sure he had been pacing back and forth in his apartment for the last hour waiting for her to call.  Getting himself all worked up over what had happened tonight.  It never failed to amaze her how he could have such-nerves of steel-in a courtroom and fall completely apart in his personal life.  She loved him to death, but at times he could really be trying.  He couldn’t seem to let anything go.  Once he got something in his head he would beat it to death.

She was really too upset and tired to deal with him tonight, but she knew he wouldn’t take no for an answer.  If she didn’t pick-up the phone and assure him everything was alright, he would drive over to her apartment and beat on the door until she let him in.  She had hoped to get a few hours sleep tonight, or maybe this morning would have been a little more accurate.  But she could see that wasn’t going to let that be.  Maybe a few minutes of reassurance on the phone would appease him and she could still get some sleep after all.

When she finally answered the phone was talking so fast and frantically she could barely make out what he was saying.  He was shooting questions at her like bullets.  Not pausing long enough between questions that she could even get the answers out.  Finally she managed to get him calmed down enough to talk at a reasonable speed and make a little sense.

He told her he had been sick with worry over what could be happening to her.  He knew he should never have let her go alone tonight.  If anything had happened to her, he would never have forgiven himself.  What was she thinking going out alone like that!?  She could hear in his voice he was getting himself all worked up again.  So she intervened before he had a chance.  Reassuring him that nothing had gone wrong and everything had worked out fine.  He just needed to relax and get some sleep and they could discuss everything in the morning.  He was almost impossible to talk to when he was in one of these moods.  But through some miracle she managed to get through to him and they agreed to meet for coffee in the morning.

When he finally hung up she breathed a sigh of relief.  After all she had gone through tonight, she needed some time to give her emotions a rest.  Letting Michael go was something she never thought she would be able to do.  It took everything she had to walk out that door tonight and say good-bye to all that she and Michael once shared.  She needed some sleep before explaining it all to .  If she explained it to him at all.  She wasn’t sure that was something a relationship could survive.  He wasn’t just an ex-boyfriend who had conned her into meeting him for dinner.  He was the current Godfather, for God sake!  Something she was sure wouldn’t take well.

Whisperings is a journey of magical love. A love that dreams are made of and fairy tales are written about. But like all fairy tales this one too must come to an end. Not because the clock struck 12 and the carriage turned back into a pumpkin, but because our magical prince disappeared. Leaving his fairy princess broken hearted and all alone. But to all the world, the fairy princess-Mattie Richards-seemed to have it all. Money, power, brains and looks that were star quality. But the one thing she didn't have was her magical prince-Mariuso Pellizzarro. He had been gunned down in a vicious act of vengeance, by one of his father's enemies. And just as quickly her whole world had come crashing down. She had tried to go on. Tried to go through the motions of living. But it was no use. There was simply no life left. Her heart was so shattered and broken it would never mend. She would never love again, of that she was sure. The pain of loss was simply too great. But life had other plans for her. Plans in the form of Jackson Spencer and Jackson wasn't one to be discouraged easily. He had been running up hill all his life. He wasn't afraid of a little challenge. He would help her face her demons, come to terms with those demons and learn to love again.

Morgan Hunter is an accomplished writer with many published works to his credit including: Poetry, Children's Stories, Short Stories, and Featured Articles. He is a voracious reader who enjoys the journey of a well told tale, nearly as much as he enjoys telling the tale himself. He has been a lover of the written word for as long as he can remember and finds it as necessary as breathing. His interests include: Sports as a participant and spectator, Art in all forms and History.