Constructive Designs in Judgment and Truth 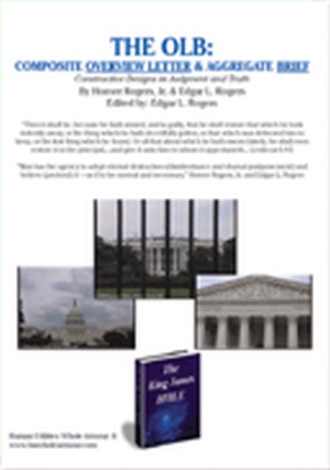 This precedent setting case fully explained the pitfalls in a federal governmental behavior that does not put the service of mankind first. It was later attached to an 80-page analytical letter forming a complete body of work called the Composite OVERVIEW LETTER and Juridical Aggregate BRIEF or OLB. It is the only document of its kind in American history and the only legal case not just against an agency but the entire governmental structures. The OLB not only clearly delineates where the major issues in are but also how they occurred and most importantly how to solve them permanently.

The OLB enunciates the primary directives and reasons for the existence of all governments (especially the Federal Government) in : the public good/welfare of the citizens of ...above and beyond any and all governmental and/or business concerns.

The OLB is the only legal work in American history to combine such a case, with such a definitive analysis as the Overview Letter, with the final and complete law of God through his son Jesus Christ. The OLB places the entire Federal Governmental Structures (states and cities across ) and all major or small business in the under the authority and judgment of God Almighty-The most high God and his son Jesus Christ, the head of the Church.

This most unique work of global importance was placed with all concerned bodies of the government. If applied, it would correct the lack of prosperity (spiritual and physical) that currently pervades . Any person(s) in government or business who would have the integrity to enact such a plan would be the most courageous and significant public servant(s) in history.

The OLB positively directly or indirectly affected governmental operations, lowered the amount of America’s children in debt to the Federal infrastructure and its ancillaries, relieved America’s farmers from a catastrophic loan program issued by the United States Department of Agriculture and many more beneficial effects the American people have not been informed of. 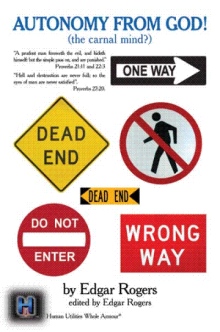 The OLB is the only work of its kind in the world.  It combines the only legal case of its kind in American History with the definitive analysis of the United States Federal Government.  It has already positively affected the lives of ’s children and farmers.  Directly or indirectly.

The OLB not only clearly delineates where the major issues are in , but also how they occurred and most importantly - how to solve them, PERMANENTLY.

Homer Rogers, Jr., attended in as an Architecture major.