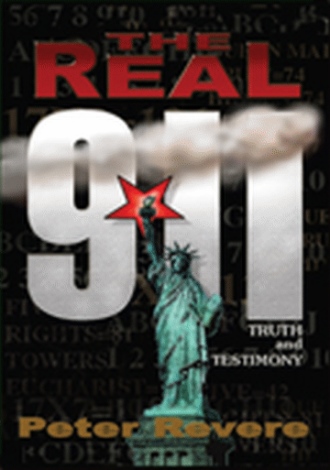 A Gate of Gods

Now, unlike ever before, the digits 911 are synonymous with “emergency.” But the emergency that faces the world today is more serious then any phone call could remedy. One might even go so far as to say that it is an emergency of biblical proportions.

As I type these first words, it is nearly a year after the horror of . The number of people who have witnessed those events in some form or another must number in the billions by now. Of those, there are undoubtedly only a handful who can watch without great fear for what the world has become.

Yet, for many of the witnesses, the fear came for additional reasons. We suspected a tragedy that was engineered for a much more diabolical reason than simply to instill terror or to exact revenge. The attacks of 9/11 were unquestionably an act of terrorism, but the real purpose, the real perpetrators, even the real method is shrouded in mystery and misdirection.

Although it is excruciatingly clear that commercial jetliners can repeatedly crash into immense American icons with no response from the strongest military force on earth, skyscrapers simply do not pancake to the ground in perfect symmetry without a specific system of explosives designed for that purpose, no matter what any television special or news anchorman tells you.

This fact was the catalyst that allowed me to start assembling pieces of a grand puzzle that I had been gathering for years. It quickly became obvious that the scope of 9/11 was far greater than any previous author or researcher had revealed. With this unprecedented event came a new direction and new excitement for my research. Extravagant and unexpected pieces revealed themselves in rapid succession. Rarely did a week go by without a new, groundbreaking discovery. By mid-2002, it was clear that this new orientation could work exceedingly well with my previous goals.

For several weeks, I juggled ideas for a suitable format. There were so many interwoven pieces that I shuddered at the thought of making them presentable for a wide audience. I jotted down an outline of chapters and began to write in a somewhat chronological fashion.

The first chapters I wrote were primarily summaries of personal experiences. When combined with my theological research, I felt that a retelling of these experiences would put readers in a position to see 9/11 from a unique perspective, as I did.

Researchers from a wide assortment of disciplines provided contributions to this perspective. Often, one of these pieces would help me to better understand another, thereby allowing me to fill in the blanks and rise above and beyond the sources. Even at that early point, the puzzle was far greater than the sum of its parts. The image it revealed was stunning, to say the least.

Before 9/11, a book based on a compilation and analysis of such pieces may have been interesting but not particularly earthshattering. But as summer moved into fall, the story began to take on a life of its own. Suppositions turned into facts, and those facts multiplied like locusts. The very act of writing this book created a new story whose end I could not predict. Soon I was in uncharted territory where there were no marked paths. I was looking at the puzzle in a way that no one had before. My previous explorations about the meaning of life had grown into a decisive, hard-edged summation of the entire human experience. Two or three curiosities blossomed into volumes of implications that would forever change the way we look at current events and our place in the universe. Needless to say, I was enthralled.

Although the link between 9/11 and the purpose of life is undoubtedly tenuous at this early juncture, there is plenty of hard data for those of you who have no such interest. This story did in fact come to fruition as a result of my previous, theological research, but those discoveries also allowed invaluable understanding of that event, that wouldn’t have resulted any other way.

Whether your motivations for choosing this book are rooted in spiritual, patriotic or even financial factors, it may be wise for readers to ask themselves if they can go into a church, temple or mosque, embrace those or any other spiritual beliefs and pretend that the reality inside is separate from the reality outside.

Have you ever worried about a friend or loved one for no apparent reason? Have you ever sensed that you were being watched or been afraid of ghosts? Have you ever looked upward and passionately, desperately said “Please!” or “Thank you!” without worrying about who heard the plea? Even if you can’t answer yes to any of these questions, even if you don’t consider yourself a spiritual person, you must admit that the world has plenty of unknowns. We set out to understand 9/11, but at the same time, a new, unexpected road opens before us.

As we venture toward such unknowns, toward a solution of the greatest of puzzles, a new reality presents itself. It may be radically different from the one to which you have become accustomed. The final destination may surprise you. It may even scare you. But even if you finish the book and still feel that you can separate 9/11 from the big picture, you will see our world in a whole new light.

A couple of recent movies, like The Thirteenth Floor and The Matrix delivered science fiction answers to the age-old human question of “Isn’t there something more?” Both movies imply that there are, in essence, two realities. We exist simultaneously in both, but are only aware of one.

Being a science and science fiction buff, I enjoyed both movies. But I was also amused by the fact that such a timeless question could make the jump from dusty theology and philosophy books to brass, shiny pop-culture when delivered in the right context. The messages were, in fact, delivered so stylishly that I wondered if most audiences could appreciate the deep-seated motivation of the writers and directors. Could viewers apply the tough lessons learned by the sci-fi characters to their own lives? If there really were a “secondary reality,” especially a disturbing, less comfortable one, I wondered how many people would choose to see it if given the chance.

A critical point in The Matrix occurs when Laurence Fishburne’s character, Morpheus, gives a newcomer the choice of whether or not he wants to see “reality.” Morpheus offers Keanu Reeves’ character, Neo, the choice between a red pill and a blue pill.

The Real 911 TnT may soon be known as the mother of all conspiracy investigations, for herein lies the most provocative “alternative” evidence about ’s greatest tragedy yet revealed. But because the occult significance of the September 11 attacks transcends any event in modern history, this is not just a revelation of past events; it is a gateway unlike any before it.

The disturbing truths of 9/11 lie far beyond the high level government and corporate complicity that you may have read about elsewhere. These truths are of critical importance to every soul on earth, regardless of their knowledge or interest in world events. In fact, it might be said that the solution to this, the greatest of whodunits exists within the deepest depths imaginable.

Once you have stepped through the portal made possible by 9/11, you become part of the story. But lace your boots up tight and prepare for a remarkable, challenging road. For this is not simply a trek through the muck and mire of global wealth and posturing, but an inner journey whose course and destination must be carefully evaluated.

The Real 911 is an unprecedented fusion of theory and practice that balances traditional and ancient theologies against the very latest headlines. It takes scientific and social paradigms, even world religions to task in a take no prisoners fashion that today’s political correctness seldom allows. By deciphering hidden messages, ancient symbolism and numerical subtexts in some very unexpected places, The Real 911 seeks not only to identify the true criminals responsible for the sacrifice of innocent Americans, but to unite that answer with the single most important question of all time: “Why are we here?”

At the end of this comprehensive, spiritual and often paranormal journey, there is a small chance that you will be able to overlook the compelling new evidence that the universe had an intelligent designer. You may even be able to ignore the numerous clues that intimately bind 9/11 to Biblical and occult prophecies, but one thing is sure: You will never again watch a Hollywood movie without being reminded that the real 911 is far from over.