AN AMERICAN DIPLOMAT'S CAREER AND FAMILY 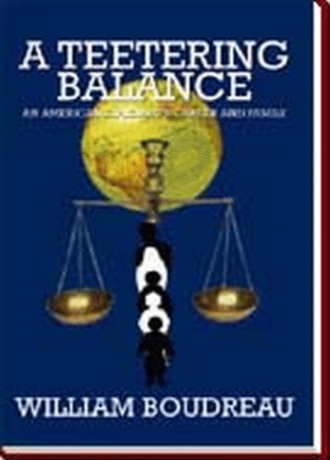 Before Watergate became known as a location for sinister activities, it was regarded by some as a place with a fine fitness center. It was a short walk from the Department of State for a lunchtime workout. It was here that I met newscaster Marvin Kalb. As we chatted, he encouraged me to write a book about my Foreign Service experiences. He stressed the point by declaring that virtually every Foreign Service Officer (FSO) has interesting and important stories to tell. Marvin is one of many people who have urged me to put pen to paper and reflect.

There is no such thing as a standard career in the Foreign Service. There are targets and goals that one should set in aspiring for a successful career. It is easy enough to look forward to becoming an Ambassador and/or Assistant Secretary of State, but there are hidden bends in the road. For some, they are fortunate to have a relatively straight road with few or no detours and limited obstacles. Many of us, however, deviate somewhat as we proceed along the path, sometimes the results of our own decisions, other times because of extraneous actions. Robert Frost perhaps said it best as he mused on life’s decisions that people confront at one point or another. As in “The Road Not Taken”, I took the road “less traveled by”. However, the fortunes of a Foreign Service Officer do not rest solely on his/her performance and decisions. Superior Officers, known as Rating Officers for the critical evaluations they write on a subordinate’s performance and potential, have a great capacity to assist or impede an underling’s progression. Then there is the bureaucratic system, insensitive and aloof, although improvements have been effected in recent years, largely through employee engagement.

This is the partial story of a twenty-five year time span that has its origins in youthful idealism invigorated by the vision of Jack Kennedy. While I touch upon other aspects of the story, the focus is on the most challenging segments, to wit, and . In my view, diplomacy calls for a blend of the idealistic and the pragmatic. The latter is gained through experience. In countries, compassion and empathy are most useful tools in understanding and being accepted by the local population. However, it is essential never to lose touch with a diplomat’s paramount mission, which is to represent and foster the interests of the . A successful diplomat accomplishes “what is good for ” adorned with a sensitivity to local conditions.

It is an honor to be selected as an emissary for one’s country. There are other professions where greater financial rewards are tantamount to being guaranteed. However, the potential for job-satisfaction is perhaps no greater anywhere than serving as a diplomat overseas. The conditions of one’s work location might be challenging, even life threatening, but the rewards of diplomatic successes are immeasurable. As it is with all professions, there are frustrations to be handled and adjustments to be made. It is my belief that the Foreign Service has more than its measure of both.

A variable element influencing a Foreign Service career is family. Some FSOs end up in divorce because their spouses refuse to continue living abroad. Other FSOs leave the Foreign Service to seek other careers because of family concerns. The majority handles the family issue on an individual basis, making adjustments depending on assignments and family needs. Particularly in countries, considerable adjustments and deprivations could be involved with a greater impact on family members. During my career, the Department of State, as an institution fostering compassion for people of other countries, failed badly in its sensitivity to its employees. This manifested itself in a variety of ways and one quickly learned this reality. In addition to the establishment in , there were occasions on overseas assignments when superiors lacked compassion for those serving with them. I was blessed with some fine bosses but, to illustrate the point, I cite an incident. My wife was chided by my supervisor’s wife for not being available for one of her afternoon tea receptions. The issue in contention, from the perspective of my boss’s wife, was choosing between husband and children. My wife, to her credit and my pleasure, stood her ground despite the implied threat of her husband’s retribution on me. In those days, a commentary on the spouse’s behavior was included in a FSO’s performance evaluation. In this case, my wife was unable to obtain a babysitter and refused to abandon our young sons.

My assignments to the (1966-68) and (1981-83) came while the was fully engaged in the Cold War with the . In addition to the Soviets, the Communist Chinese and the Cubans, aided by African allies such as , viewed the with strategic interest. Whereas in Madagascar, the Soviet Union, North Korea and East Germany provided the most active opposition to American interests. My colleagues and I served as the appointed advocates in promulgating the interests of the while stymieing the efforts of our political adversaries. In the , I was a team player under the leadership of the Ambassador, as we pursued American interests, while in , I was both a team player and team leader. The timeframe of my Foreign Service career began in the final days of the Dwight Eisenhower Administration and continued through the Ronald Reagan Administration, encompassing several Democratic and Republican White Houses.

Regardless of the Cold War or any other considerations, the American Embassy in any given country has an on-going responsibility to look after American interests. These diverse functions are performed by the staff at each of our embassies and consulates overseas. This includes the protection of American citizens, promoting American causes and sensing the pulse of the host country. In addition to looking after American political and military interests, we assess the economic climate in terms of resources and facilities. We endeavor to gain a good understanding of the living conditions of the population, as well as to provide assistance with regard to American commercial interests. Herewith is an accounting of my activities while in the Foreign Service, highlighting two countries of assignment. This is the story of an American diplomat, with a focus on , 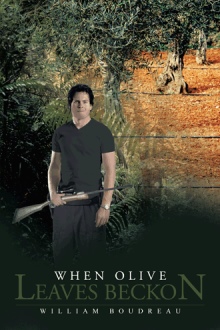 "A Teetering Balance" provides an inside view of an American diplomat at work. The author details his experiences representing the U.S. Government in the , and the . Anecdotes are also provided on other aspects of his 25­year career as a Foreign Service Officer. Mr. Boudreau depicts the political climate in , pitting the East versus the West during the height of the Cold War, (1960s-1980s). Among the included episodes are: white mercenary rebellion, missionaries at risk, Angolan liberation movements, devastating natural disasters, initiating contact with a relatively unknown country, denying Soviet military access to bases and effecting attitude changes within a Marxist Government. The book is a real life treatment of how a diplomat deals with issues and problems, involving all levels of government, including presidents and other leaders.

As the title suggests, the author was caught in a dilemma with sometime contradictory forces tugging at him. Advancing one's career in the Foreign Service can be incompatible with the best interests of family. Mr. Boudreau explains how he managed to take care of his family while still providing quality service to the U.S. Government.

Mr. Boudreau was born and raised in Fall River, Massachusetts. A U.S. Army veteran with service in Korea, he graduated from Providence College and received a MBA from Suffolk University. He also studied at American University and Boston University in their graduate international programs. Raised with a fluency in French, coupled with courses on Africa, Mr. Boudreau embarked on a Foreign Service career in 1960, just as Africa was emerging from colonialism. Most of his career was spent either on assignments in Africa or in Washington working on African issues. He also worked at the Pentagon and was a Visiting Professor at the U.S. Coast Guard Academy. Since retiring, he has been involved in international consulting, education and marketing activities.