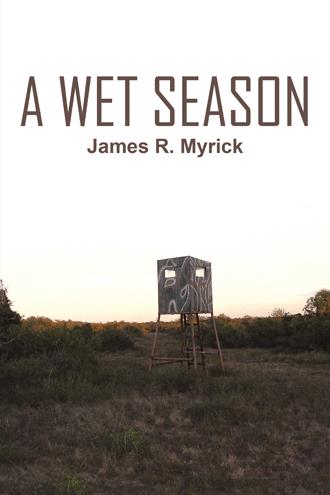 “We have to cross this sendero very fast.”  Dago whispered and waited for Carmen to translate in Spanish. “I will go first and then Carmen.  The rest of you come one at a time.  When the one ahead of you reaches the brush line then the next one can come.  Don’t forget to stay low.”  Dago said in a serious tone, looking at each person in turn.  They said nothing, having complete trust in their coyote.

Dago took off and found himself zig-zagging like he did in .  When he reached the brush cover he laughed at what he probably looked like.  He waved Carmen over and she ran like the wind.  Next came and then Jesus.

Dago was relaxing and thinking he was over-reacting to their situation.  Nobody worries with wetbacks, he thought to himself.”  Alberto came next and ran fairly well for a big man, but he ran straight up which made him an easy target.  Roberto came next and made it with no problem.  The last two were the brothers Jaime and Carlos.  Jaime came first and was half way across when his right leg flew out from under him.  A split second later the roar of the heavy caliber rifle echoed down the sendero.  Dago could see blood on Jaime’s right pant leg above the knee.  Dago ran out to him and told his brother Carlos to bring the white coveralls and wave them toward the deer stand.  Dago took off his belt while he was running and wrapped it around Jaime’s leg above the wound.  Jaime was crying and screaming from the time he hit the ground.

Dago was trying to console him and keep him from going into shock.  Carlos was standing by Jaime’s head, frantically waving the white coveralls, when the next shot was fired.  The one hundred fifty grain bullet from the 30-06 rifle caught Carlos square in the chest.  Dago saw blood come out the back of Carlos’s jacket before he hit the ground.  Dago laid down flat and checked Carlos’s pulse, but couldn’t find any.  Carlos eyes were still open and he had a trickle of blood at the corner of his mouth.  Sadly, Dago knew he couldn’t help him and decided the second shot was no accident.  He had to get Jaime to the safety of the brush.

Dago got up on his knees and grabbed Jaime by his arms and pulled him up on his shoulder.  He then picked up the coveralls and carried Jaime’s  body toward the brush line.  As Dago entered the brush another shot was fired and clipped a limb over Dago’s head.  Dago kept going for another twenty yards and laid Jaime’s body down so he could cut his pants off above the bloody wound.  Dago reached for his knife and realized he must have lost it when he jerked his belt off.  He knew he had to have his blade to have a chance of saving Jaime.  Dago returned to the edge of the sendero and looked hard for his knife scabbard.  He spotted it close to Carlos’s body.

This book is about illegal aliens.  According to the United States Border Patrol the term “illegal alien” does have an accurate definition and a legal meaning.  The term “alien” is a legal term.  It simply describes someone who is not a national of the .

The book is an action story about anglo hunters and Mexicans from both North and South of the border and should be readily marketable.  The NRA has over two million members that like to hunt.  The states that border have a very high percentage of Mexican-Americans in their population according to the recent census.

The book has the ultimate hate crime as the central theme.  The story revolves around some redneck hunters that would just as soon shoot illegal aliens as they would deer!  There are a few good twists involved also; even a love story

“A Wet Season” is a unique story about how a few Americans are racially motivated in the worst way.

Author graduated with a B.S. degree from , in 1967.  Spent most of his life as sales engineer for oilfield related companies in , , and .  The last twenty five years as owner of a successful wellhead company in the area.

He and his wife of forty years have three children and seven grandchildren.  He is an avid hunter, fisherman, and outdoorsman.  He has written several articles for local newspapers regarding sports, fishing and hunting stories.