The Art of Betrayal 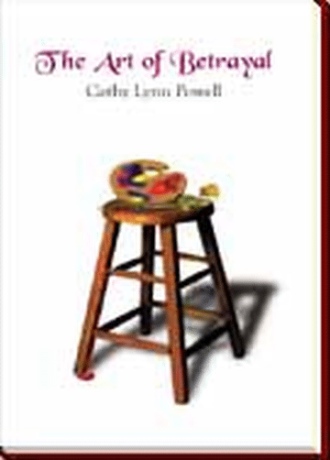 Raising her arms, Donna stretched them over her head, elongating her body.  Her long, bright red fingernails flashed in the pulsating reflections of the lights from the rotating mirrored ball above them.  Rubbing her cheek against the side of Stephen’s face, it slid down his neck and chest, then stopped at his waist.  Without missing a beat, Donna worked her way back up, wrapped her arms around his neck and rubbed her hips against his again.  The low cut dress twisted and shifted, revealing more of her cleavage, as the thin material clearly showed there was nothing beneath.

Donna’s long black hair swayed in time with the music, back and forth across the bareness of her back and shoulders, as she continued to gyrate, and rub against his body.  Other couples stopped dancing, but watched, as they remained where they stood.  Conversations ceased.  The entire room was nearly void of sound, except for music that intensified.  Everyone watched as Donna shamelessly twisted and snaked her hips and breasts, pressing against Stephen’s body, and not missing a beat.

Somehow, Julie managed to maintain a poised exterior and hoped that the anguish and shock she felt deep inside could not be seen.  The long, drawn out song finally came to an end.  You could almost hear a pin drop as the entire ballroom became silent.  All that could be heard were the fading echoes of the music and an occasional ‘clink’ as waiters moved about, refilling glasses.

When the next song began, Donna tried to keep going, but Stephen took her firmly by the arm and whispered something to her as they walked back to the table.  Whatever he said, it seemed to settle her down and sober her up a little.  Reaching the table, Donna leaned across it and looked directly into Julie’s face.  Her large breasts nearly spilled out of the dress as she grinned mockingly at Stephen’s wife, and stated in a matter of fact tone.

“Thanks for letting me borrow your husband, Julie.  I just love to dance…and couldn’t resist it when I saw him alone on the dance floor.  He does know how to move with the music, doesn’t he?”  Winking, she picked up her red sequined bag, excused herself to ‘go use the little girls room to powder her nose,’ then disappeared into the crowd.

Julie was sure Donna was still agitated about the wedding ring incident, and was using her dance with Stephen to pay her back.  It was clear to Julie that Stephen was uneasy, as the rest of their table companions sat around the table, watching his every move.  Sensing the tension, Julie asked her husband to dance.  She took his hand and he escorted her to the area of the large wooden dance floor.  The overhead lighting was soft as they held each other and she breathed in the strong, overwhelming fragrance of Donna’s perfume on his tux coat.  It’s intensity made her want to gag.  Everyone at their table remained in their seats and didn’t follow, allowing them some time alone.

Stephen held his wife close.  It was a slow dance.  Julie felt his arms tighten around her.  But she could not get the provocative image of him and Donna rubbing their bodies against each other out of her mind.  She knew Donna was drunk and that Stephen had probably handled it as well as he could under the circumstances, but Julie also wished he’d been a little more forceful about stopping it after the first dance.  Although he’d said it was awkward for him, the expression in his eyes and on his face during the dances seemed to indicate otherwise.

Julie felt self-conscious as they danced, wondering if other couples could see her anxiety.  Then she realized how ridiculous that was.  The likes of Donna was enough to make any wife feel paranoid.

All her life Julie Porter has had a passion for art. Although she loves her job as a Physical Therapist Assistant, it’s her desire to create art that continues to become deeper and stronger with time. For more than a year numerous changes have occurred within the Porter family. But the past few months they’d been coming faster and more life altering than any of them could have anticipated. When Julie and her husband accept new jobs, additional work responsibilities create tension between them at home as Stephen’s erratic behavior and obsession with his new position takes precedence over everything in their lives.

Torn between her love for her husband and intense feelings for Jerome . . . the owner of Olcott’s Art Shop . . . Julie’s filled with uncertainty as obstacles devastate her life. She struggles to follow her heart as she watches her world crumble around her. Over time, Julie learns two things will provide the stability she desperately needs amidst all the upheaval in her life. One is her love for art as she continues to pursue her dreams. The other is her relationship with Jerome as he helps her understand that her art is her destiny.

Cathy Lynn Powell has written a variety of children’s stories and articles.  A graduate of The Institute of Children’s Literature, her work has appeared in Cricket Magazine, on SIRS Discoverer and in testing programs for the State of South Carolina Department of Education.  Born in , the second of four children, her mother, Nadine Stark was an avid reader and played a vital role in Cathy’s interest of writing.  She, her husband Bill and children Andrew and Shannon lived in various locations of , , , and .  The couple also resided in .  The author is currently at work on her next novel at their home in , near the .