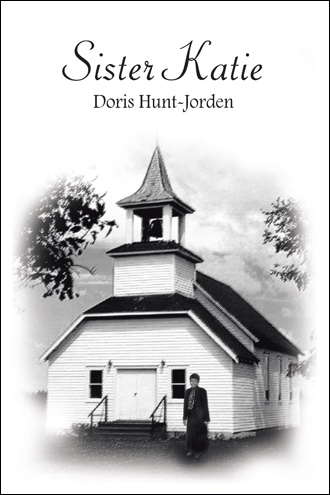 The other man was suddenly there, pinning her arms behind her as the man with the scratched face got to his feet and punched her across the back of her head, buckling her knees.  She reeled...a series of bright multicolored lights swam before her eyes...and slid to the floor.  He squatted beside her, his hot whiskey breath on her face and commanded the other, “Go git that nigger!”  The shadow tore from the room, leaving them.  She heard the banging of the screen door, and heavy footsteps pounding the porch, but her only worry was that Margaret, may have lost her sense of direction coming from the dark hole, for she knew otherwise he would never catch Margaret.  Not the girl who had three medals for being the fastest on the track team, and besides, she knew the short cuts to Charlie’s house...it was her stomping grounds.  Suddenly, powerful arms dragged her across the floor to the other side of the house, her body sliding over the torn linoleum until she was stopped by something in her path...Pappy’s Bible.  She was yanked to her feet, her head snapped backward and then toward the door where a triangle of light sat on the ceiling like a stranger afraid to come inside.  The shadow was too close for her to see his face.  He punched her in the stomach, grunting like a man lifting something heavy.  The blow lifted her from the floor onto her toes.  She reeled again and slipped on the pages of the open Bible, trying to maintain her balance.  The dark figure holding her did not speak.  He punched her again and again until she slammed against the wall, her hand falling against something cold and smooth...the axe.

Sister Katie is a well-written model of how Negroes lived during the post depression era (1939), displaying the unity of the Negro people through ritual, religion, myth, and struggle for survival.  A story about people who show courage through their actions and respect for other human beings.  Filled with historical context and events that lead the characters to act and or react, it shows the subtle beginnings of a developing race-relations.  Through a third person narrative with heavy internal perception given of these amazing characters, the story shows the horrors of segregation, specifically how acts of negligence, abuse, and discrimination infects the mind, creating a environment for mayhem.

The good versus evil theme in this story appeals to all ages, sexes and cultures.  The high-spirited characters leave you exhilarated and excited.  A truly tremendous book with many benefits: entertainment, and or a model of instruction for literature or a supplement for English and reading classes as well.  A book guaranteed to keep you reading until... and dreading the inevitable ending.

Doris Hunt-Jorden, a graduate of Columbia College of Chicago and a certified Story Workshop Director, teaches English Composition, Literacy, and Fiction Writing classes and worked as a writing consultant for secondary education classes, teaching in tandem. Hunt-Jorden has published in various literary magazines in Chicago and New York. She is a winner of an Illinois Arts Council fellowship and two CAAP awards. Being born in Missouri is what she credits as inspirational fodder, the oral telling of everyday events, the richness of the land, and the warmth of the people. She has taught at Columbia College and Northeastern University, and currently teaches at Malcolm X College in Adult Education.