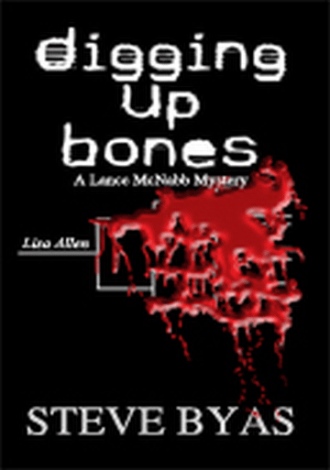 Beverly Smallwood thought it odd when three men, all wearing paper sacks over their heads with just hate-filled eyes exposed, entered the back door of the Magic Hair Salon. They entered so quietly that no one else, including Rancine Mitchell, the shop owner, even noticed them.

that was Beverly's first date with Tommy. Rancine had opened the salon only two years earlier, quickly creating a thriving business. Beverly watched Rancine as she worked on Mrs. Gann, whom Beverly guessed had to be nearly seventy. Beverly clutched the locket that covered her heart underneath her blouse and looked at the three men, standing perfectly still at the back door.

Rancine struggled with what little hair Mrs. Gann still had. The beautician's hands were constant motion, just like her mouth. Rancine's mouth went up and down like an accordion, which reminded Beverly of the instrument sometimes used by her music leader at church. Rancine's own hair was piled up high above her own head like she was headed to the high school prom. Of course, that wasn't the case. Rancine had missed her own prom. She had told Beverly several times how she had dropped out of school after the ninth grade so she could marry Chad Baker. Chad had gotten a job pumping gas at the new Conoco station, and it had seemed he was making all the money in the world. Her marriage to Chad lasted seven years, before she caught him with another woman. She then married Jimmy Don, and their marriage groaned on for five years. Now she was married to Keith. That marriage had survived for six years, so far. She vowed she'd get rid of Keith, too, if he didn't get off his can and get a job soon. Beverly was amazed at how Rancine had no problem attracting men. Missing two teeth, she carried no more than a hundred pounds on her five-foot four frame. The deep scar over her left eye was inflicted with a beer bottle by a jealous woman in a bar room fight.

Beverly started to say something to the three men, but was unable to talk. Her hands were shaking. She pulled on her ear rings in a futile effort to control the shaking.

The ear rings were a gift from Tommy, who had also given her the powder blue locket that she wore next to her heart. Beverly loved ear rings almost as much as she loved finger rings. She usually kept one on each finger, with another five or so in her jewelry box. Of course, none of the rings were very expensive. She examined the ring finger of her left hand. Tommy promised to put a diamond ring there. Soon. As she looked back at the three men masked in sacks, Beverly had a horrible premonition that she would never live to see a wedding day.

The shop was full of customers. All three beauticians were busy. Besides Mrs. Gann, two fortyish women whom Beverly did not know were in the beautification process. Mrs. Fuller, Beverly's kindly neighbor, sat three chairs away, flipping pages in a "true romance" magazine. Mrs. Fuller was in her mid-fifties, but always kept a romance novel or a romance magazine close by. The magazine had her in such a trance that Mrs. Fuller did not even notice the three men, who had yet to speak.

Beverly gasped as one of them nodded and they all three pulled guns out from underneath matching black jackets. Her gasp was so loud that even Mrs. Fuller dropped her magazine to her lap.

The man in the center, the one who nodded, was the apparent leader, and he spoke calmly, almost soothingly.

"This is a holdup. All the money in this shop is ours."

For a moment, no one moved or spoke. Then, almost as in a chorus, Beverly joined in the other women's frantic shrieking.

The gunman in charge appeared very agitated. "Get to it!" He spit out several

words of profanity, some of which Beverly had never heard. His voice was deep, but he sounded young, perhaps near her age.

One beautician jerked the cash drawer out so quickly that she lost control of it and it crashed onto the floor, spilling the contents over a wide area. Another of the robbers rapidly collected the money. When he came to Rancine, he slammed her into the mirror so hard that it shattered. She slumped to the floor and wailed in fear and pain. Customers threw cash and change onto the floor.

Beverly rummaged through her own purse, pushing aside a comb, a brush, a couple ink pens, a bottle of aspirin, her diary, some more ear rings and finger rings and some tissues before her trembling hand found the five-dollar bill that she had expected to use to pay Rancine. She jerked the bill out of her purse.

The gunmen suddenly turned toward the rich woman who was Mabel's customer. Beverly jerked again as all three men fired their guns in concert. All three bullets struck the woman in the face, which exploded in blood. The rich woman's lifeless body hit the floor with a loud thud.

Beverly fell to the floor and desperately sought refuge underneath her own chair. Shrieks of horror from the women mixed with the screamed profanity of the killers. The robbers then turned away from the rich woman they had murdered. She was laying still lay face down on the floor in an expanding pool of blood.

Beverly gasped in terror when she saw the ring on one gunman's right hand. An unusual design decorated the ring. She was sure that it was that boy Tommy had fought at school during their senior year.

The young man hesitated as his eyes locked with hers. He leveled the glistening gun toward Beverly with the barrel only about six inches from her face. With cold deliberation, he pulled back the hammer of the revolver. She wanted to duck, or run, but she could not even move. Suddenly, a fellow gunman grabbed him by the arm just as he pulled trigger. 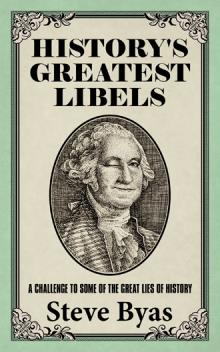 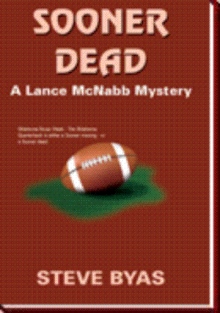 Lance McNabb expected the assignment would offer a welcome diversion from his usual fare as a private investigator:  exposing insurance scams, tailing unfaithful spouses, and litigation research. All the young and beautiful Lisa Allen asked him to do was research her family history.

Lisa’s grandfather, Chuck Elder,  is adamantly opposed to the project: he calls it “digging up bones.” Lance McNabb has little difficulty in uncovering some genealogical information, but he also finds out why Lisa’s grandfather opposes their efforts. Dark secrets, including murder, are part of what some of Norwood’s leading citizens prefer to stay buried. Some are willing to kill again, to keep those secrets in the grave.

In Digging Up Bones, we find that shaking the family tree can be downright lethal.

Steve Byas has published over 100 “Byas Comments” columns in the Oklahoma Constitution newspaper, and his article “James Standifer, Sequatchie Valley Congressman,” appeared in the Tennessee Historical Quarterly. He has written speeches and advertisements for political candidates, and is the co-host of the TV program, Oklahoma Politics and You, where his guests have included nationally known political figures.

In 2000, he represented Oklahoma in the Electoral College.

Steve is a high school history teacher and assistant principal at Dibble High School, near Norman, Oklahoma, where he lives with his wife, Donna, and son, Jason.

Digging Up Bones is his first novel.