Panzer Leader and the Red Menace 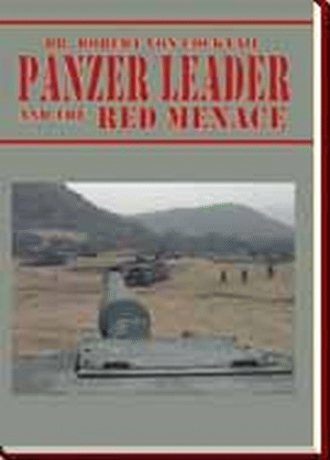 There was a pounding on the bedroom door that sounded like Starsky & Hutch crashing a bad heroin party. It rivaled the pounding in my head; a constant reminder of the fat slut from the night before that had a penchant for Barry Manilow and German Rumpleminze schnapps. I snorted to myself in memory. Rumpleminze billed itself as “White Magic from the Black Forest”; I doubted that quite highly. In my experience, Rumpleminze was more like a vile, Nazi chemical experiment discovered in some back laboratory at Bergen-Belsen, and foisted on an unsuspecting American public by disgruntled Schutzstaffel distillers still pissed off over the fall of Berlin. Not something I figured Barry Manilow knocked back on a daily basis.

“Hey, Doctor! You really need to come see this!” The voice continued from the living room. “So get that fat Mexican slut off of your thorax, and get the fuck out here.”

It sounded all the world like Colby, a former goosestepping member of the American Army in Europe that I had brought out to Colorado in an evil hour. Though what the hell he was doing in my living room at this hour of the morning was beyond me.

I tried to get up and discovered, to my surprise, that there actually WAS a fat Mexican slut draped across my thorax. She was in various stages of undress, and greasier than a Cuban right off of the dock. Assorted bottles of Johnson & Johnson baby oil lay in random abandonment across the floor, her brassiere hung from the curtain rod, and some filmy, clingy under things revolved slowly overhead, caught on one of the blades of the ceiling fan.

That made me think. I dimly recalled the Rumple being knocked back by the gallon the previous evening, and Colby at the bar, muttering evil suggestions about fat Mexican women, the Immigration and Naturalization Service, and Twister mats like some psychotic cocktail Mephistopheles. But where the hell my Alamo princess came from was beyond the dim memories of the evil evening; she must have been a post-midnight acquisition.

I slowly slid from under her, my efforts rewarded with a hungover groan from her, and scanned the floor to my direct front for the cut-off sweatpants that formed my usual attire on a weekend morning. They were nowhere to be found, which was strange, so I double-checked the ceiling fan to be certain. The sweats were MIA, so I settled on the ratty blue Bundeswehr bathrobe, a parting gift received from a rabid Bavarian in the new German Army on a Nazi gunnery exercise three years before.

I walked out the door, reacting instinctively, and caught the hand launched, optically tracked, head seeking Budweiser missile that Colby had launched from cover and concealment beneath the blankets on the couch. He was putting a bent Marlboro into operation, all the while reviewing the latest field manual; a copy of the most recent Hustler, which augured a quick trip to the 7-11 earlier in the morning. In fact, if memory served me correctly, he had wound up on the floor the night before, and he looked it. As fresh as an unmade bed, his moustache was running amok over his top lip and his hair had a style and consistency that would make Medusa recoil in terror upon observation. He poured the remnants of his warm Bud over some dirty ice in a used glass, before returning to his perusal of the latest escapades of Chester the Molester.

I walked over and sat down, eyeing my warm Bud with distaste and Colby with a wary uncertainty; his appearance in my living room at that hour of the day, already ingesting warm grog and seedy fuck books, did not portend the beginnings of an auspicious day.

Centered in Germany, Panzer Leader and the Red Menace walks the reader through military operations from the inside; engaging a battalion of enemy tanks, sweating like a runaway slave in full chemical gear, field operations with the NATO and the new German Army, or waking up in an alcoholic haze to discover that you've been recalled to active duty for Operation Desert Storm.

Not only will it take you through the entire military experience, it will also give you glimpses into a Europe that only the American service member can truly experience; whether it is drunken stumbling through Amsterdam's Red Light District on the Queen's Birthday or trashing the beach in Yugoslavia before that country disintegrated into civil war.

You'll be in the tank, pulling triggers with soldiers that are mentally and morally bankrupt, as well as weathering the largest active duty recall since the Viet Nam War.  Desert Storm was not quite what CNN advertised, and you'll see it here firsthand. In the tradition of MASH or Catch-22, Panzer Leader is an experience.

Dr Cocktail was a tank commander for five years in the late 80s, squandering government resources and working brain cells daily in West Germany while keeping the Warsaw Pact at bay.  As part of NATO's first line of defense, he was instrumental in deterring armed aggression as well as keeping German breweries operating at a fever pitch.  Today, he is retired in Colorado, critiquing armored warfare on television from a barstool at the golf course.