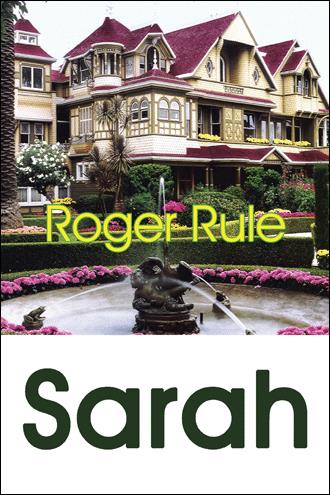 That night, Fred dreamt Goldie was placing a warm wet compress between his legs and he awoke with an erection and a wet gooey stuff all over his skivvies and on the sheets. He had masturbated before, but this was the first time it had happened without effort. He looked around. He could see no one had awaked, but the night was unusually dark. The water closet, where the chamber pots and a bucket of water were kept, was about twenty-five feet from his bed. He would have to go past six rows of beds without waking anyone and embarrassing himself. He slipped out of his sheets and quietly picked up his knickerbockers at the foot of the bed, then slowly, silently, felt his way to the water closet walking as quiet as a cat.

When he finished cleaning himself, he put on the short pants and went outside to take in some fresh air. His gum pained him from the new missing tooth. With merely his light underwear shirt over his upper body, the cool night San Franciscan air was uncomfortable. He decided to return to his bed when he heard Al Bartholomew: “Psst, psst!”

Fred had never met Al, and would have taken him for a robber or worse, but it was obvious the big guy was trying to get someone’s attention inside the shelter, and nothing else, with Fred on his blindside.

Although Fred couldn’t see him well in the dark, Al was a thickset kid, about an inch short of six feet and had muscular shoulders with a heavy chest. At nineteen, his hairline was already receding. And though too dark to notice, Fred would find out his most memorable features were his one continuous eyebrow over his closely set eyes that gave him a perpetual mean look ... like predators’ eyes ... unusual for his wide face. If his face were narrower, no one would be surprised to see horns adorning his head.

Then Fred noticed two horses were tied under a tree about twenty yards away from the building, inside the stone wall. Fred stood there, out in the open in the dark, stationary, waiting. He watched while Al found something at the perimeter of the garden about fifteen feet away, and dragged it back to the building. Fred saw it was one of the garden sawhorses as Al climbed onto it to reach the window of the building. The building was built on piers over a crawlspace. Fred could see Al was a full-grown man, wearing a large knife in a sheath, and he must be wearing spurs by the jingling sound, familiar to Fred, as Al climbed into position. Then, when he was poised, Al tapped onto the window: TAP, TAP--TAP, TAP, TAP

“Who are you looking for?” said Fred.

“Jesus Christ!” yelled Al, jumping off the sawhorse and trying to keep his balance while turning to see where the voice had come from.

At the end of the building, the door opened, the same door Fred had used. Standing in the doorway was Fred’s friend, Tommy. Fred’s eyes had adjusted to the dark well enough now and he could see Tommy was fully dressed and rubbing his eyes. Tommy was a year younger than Fred, but a couple of inches taller and wirier. When Tommy took his hands down from his eyes, Fred could see he was holding his sheathed hunting knife, with its strap dangling freely at his side.

“Where are you?” said Tommy, looking out blindly in the dark.

“Who the hell are you?” said Al, directing his words to Fred.

“Well, the little bastard sure is sneaky enough,” said Al. “We might be able to use three.”

“Where? What are you going to do?” said Fred. 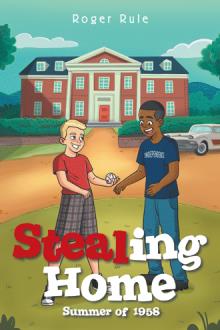 Sarah Pardee Winchester grew up in New Haven, Connecticut where she married William W. Winchester, son of the entrepreneur who founded the Winchester rifle company, which became the largest gun company in the world.  At its peak, many members of the Winchester family started dying: Sarah’s sister-in-law, her only child, her father-in-law, and finally, her husband. Because of the succession, Sarah found herself heir to the Winchester fortune.  And because her lifespan exactly coincided with the popularity of Spiritualism, Sarah went to a medium in Boston who told her that evil spirits, killed by Winchester rifles, were murdering her family in revenge.   Given advice to thwart them, she moved to San Jose, California becoming an early feminist and creating a new life for herself: one of eccentricity, romance, and intrigue, while overcoming powerful forces against her.  Because of her beliefs, she truly felt that evil spirits surrounded her.  Her fame drew a Victorian version of paparazzi, one of which nearly killed her. She battled behind the scenes with Theodore Roosevelt and local hypocrites; and was buried alive in the 1906 San Andreas Earthquake. Even with all of this, she remained kind-hearted and sane. Her home remains today as one of the largest Victorian mansions ever built.

Although Roger Rule wrote his first book twenty years ago, Sarah is his first novel.

Rule is a graduate of the University of Missouri and a published author of authoritative books regarded as the reference source in their respective fields.  A recognized Winchester expert, as well as a builder himself, he became interested in Sarah when first touring the Winchester Mystery House in the seventies. About Sarah, he says, “Researching and telling her story nearly became an obsession.”

After serving a short stint as an infantry airborne officer in the U.S. Army, Rule became a real estate developer in California for twenty-two years, where he reared his family and married his second wife, Eileen. Mr. Rule is past president of seven companies and is acknowledged in Who’s Who in California, Personalities of America, Who’s Who in Finance and Industry in America, and International Businessmen’s Who’s Who.

In 1995, he moved to Hawaii where one of his companies now owns a large retirement facility in Kailua-Kona ... “Regency at Hualalai.” Recently, he resumed his writing interests, writing screenplays, business books, professional business plans for world-renown companies; and most recently, this first novel.