Someone Please Love Me

A true story of a dancer from the movie Porky's. 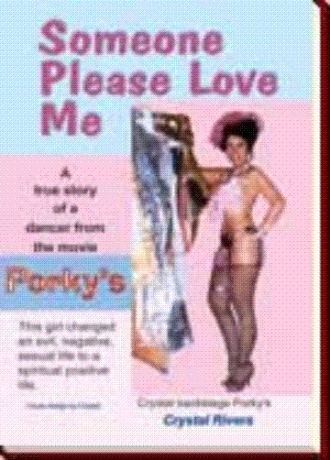 This is a true story about a girl using her psychic powers to better herself and to control others. All through her life, from day one, her life has been an evil, vicious, sex trip. This is also a story of how she turned a negative life into a positive one.

Her Apache Indian mother came from where she was born and then moved to . is where this Apache woman gave birth to a little Apache Indian princess. The Apache woman needed a name for the princess, so she decided to name her Crystal Ann. This woman for some evil, selfish reason did not want little ; she tried everything in her power to get rid of her. But, it didn’t work, so she gave her away.

Time went on and one day, two very nice German people came to the orphanage where was left for dead. They were looking for a little girl to adopt. They were shown a lot of little girls, but they weren’t satisfied. However, when they spotted , they knew right away that they wanted her. The nuns at the orphanage told them that they should pick out another because was too sickly and not expected to survive. The German people told the nuns they didn’t care and that with enough love, she would heal. When the German people first got , they didn’t like her name, so they decided to change it to Sue Ann. The German people, at least, kept her second name, which was Ann.

The German people loved little Suzie, which was her nickname, very much and they spoiled her royally. They bought her everything they could, but there was always something missing; it was the true maternal love. The German people thought they could buy love, but it didn’t work. All of Sue’s life, she craved love and she looked for it in all the wrong places. When Sue was seventeen, she started her own family. She was fortunate to have three very lovely children, but two of them were from a different marriage. Sue ended up being married eight different times in her life. She hoped number eight would be her knight in shining armor.

After Sue's first marriage was over, she became a topless dancer. Later, one of her daughters followed in her footsteps. Also, her son was a dancer for a short time. There were times when Crystal (Sue) and her daughter were dancing in the same clubs together. One of the clubs was in . At this time in her life, was a very talented woman and could have gone far if it weren’t for her wrong choices when it came to men in her life. was still dancing at the age of fifty. was very proficient in all of the arts; she even had the opportunity to sing with the famous opera singer, Beverly Sills, in the Palm Beach Civic Opera. Also, she was in the movie, Porky’s. 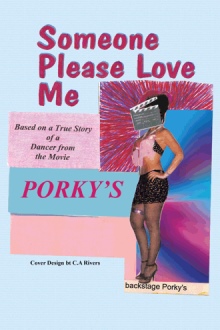 This book is about ’s life.  She feels her life is unbelievable.  To this day, people do not believe her when she tells them about things that have happened to her.  You name it, it has happened to her.  She has had eight husbands in her life.  All of them were monsters, except for the last one.  All seven husbands either beat her, sexually abused her, or abused her children.  All of the men were either alcoholics or drug addicts.  Also, was into witchcraft.  was a go-go dancer and quit when she was fifty years young.  Since she was working in the bars she got mixed up with the mafia and a lot of bad men.  There a things in her book that she has never told her best friends.  But, now it is time for the world to know the life story of a dancer and how she survived it.

Crystal was conceived in Arizona and born in Detroit, Michigan.  Since her mother gave her up for adoption, she feels it has presented many problems.  She grew up not knowing much about her biological background.  Crystal is Native American, from the Apache tribe.  She grew up thinking she was German.  Later in life she found out about her Indian background from the German people that adopted her.  Crystal became a go-go dancer and worked all over the country for thirty years.  Also, she sang in operas and was in the movie Porky’s.  Now she is into her native art, making clothes, and her writing.