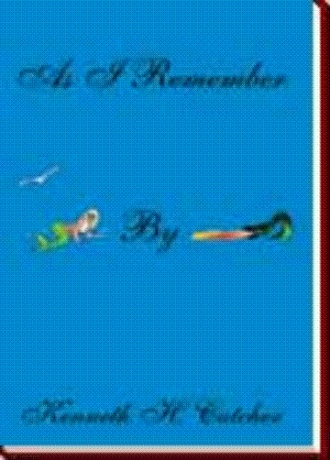 In 1925, Toledo Ohio’s coast guard was becoming more successful at apprehending small craft bootleggers. Some of the bootleggers had speed boats that ran much faster than the coast guard’s patrol boats. Some used pleasure boats to travel across the great Lakes from Canadian ports to the United States, carrying liquor beer and rum. One of the more organized mobs – from Toledo – attempted to cut its losses because too many of the small craft were being intercepted by the coast guard. It decided to buy a larger boat that would carry a much larger load. The mob contacted many of the commercial fishermen, knowing they had navigated these waters successfully on an almost daily schedule and were experienced in navigating the many islands and reefs of the Lakes. Previously small craft, which may not have been detected, had sunk or run aground in shallow waters many times on some of the reefs.

These commercial fishermen would be more successful at navigating the waters during the night, and if caught in a storm could reach safe harbor with a larger load. Earlier, the mob had bought out as a front a marine supply company that dealt particularly with the supply of fresh foods to freighters coming in and out of Toledo. The legitimate owner had no idea he was selling to the mob. The mob also kept on the people who had been working for the previous owner to direct the business. Those people did not have any idea they were actually working for the mob. The name of the business was Eire Freighter Supply.

Some commercial fishermen had carried loads for the mob in the past. Well-dressed contact men acting as money men called payoff men would pay the commercial fishermen on delivery. One of these payoff men, who covered from Monroe Michigan to Sandusky Ohio, always referred to as Tony, was asked to search for a commercial fishing boat that could carry an even larger load. In the fishermen’s opinion, the most seaworthy of all of the commercial fishing boats in the Western Lake Erie area, was a boat called the Apache. The Apache had been built just two years before and was capable of carrying a larger load. It was owned by the Buckeye Fish Company, which worked out of Toledo.

Tony contacted the owner of the Buckeye Fish Company to try to buy the Apache. The owner told him he was not interested in selling. But when Tony offered him three times what the Apache was worth, the owner agreed to sell it, not knowing he was selling it to a man going by a fictitious name and fronting a mob. A commercial fisherman was hired to take the Apache to Kingsville Ontario, where it was pulled out. Then a mechanic checked the engine and the tuning and qualified people checked the Apache from stem to stern. After being cleaned and repainted, the Apache was launched. Hired carpenters then began enclosing the Apache from the forward cabin area across her open deck and down the back of her stern. Both the port and starboard sides of the enclosure had centered entrance or exit doors with locks.

The commercial fisherman who had taken the Apache to Kingsville was quite sure he could run through any kind of a storm Lake Erie could blow up. The Apache would now have protection – any water coming over her bow would run off her enclosure and would not fall directly onto her open deck and into her bilge. Previously the Apache’s exhaust had come straight up through the cabin roof but this had now been removed, so that the exhaust would run under the main deck and out the stern. An exhaust extension could be fastened to the stern flange for silent running. Any cases of liquor or beer could be stacked much higher on her main deck, where they could be tied down. It was all completed very quickly.

Eager to bring the Apache’s first load, the mob now wanted extra cases, to be added to the rear stern locker that covered the fuel tanks along with the steering quadrant. The fisherman tried to explain that everything had been completed. The boat could only carry what was loaded already on her main deck. Any additional weight would make the overload it. They also pointed out that the decking on the stern locker was not as strong as the main deck, but the mob insisted that stern locker area also be loaded and at that the fishermen quit. He would not run the boat back to the South Shore, even though the mob offered him three times his original payoff. He said, “You can’t pay me enough to bring that load to the South Shore.”

These stories are uniquely different from stories or portrayed activities of the bootlegging mobs in these stories it deals with commercial fishermen bootlegging on the Great Lakes, although a few were involved by crossing from Canadian ports to United States port's these stories deal with particularly the Western end of Lake Erie and how they dealt with navigating the dark waters trying to avoid the Coast Guard and revenue agents trying to intercept them.

Many were caught and some did time in prison and then there were some who were lost in tremendous storms, once they made it to these port's even then many were arrested at the dock and it took great care to avoid these pitfalls.

I was born in the very depth of the depression only a few months before F. D. R. asked the Congress to repeal prohibition, from age five through fourteen I remember relatives and friends visiting and telling stories of commercial fishing bootlegging, most of my family was in the commercial fishing business and in the early days of radio it seemed more interesting to listen to those quite capable storyteller's and in those days children were to be seen and not heard.

As they told their stories they would use hand gestures and sometimes laughing and slapping their knees then again they would have a very serious facial expression as they told of terrific storms they were caught in that blow up within a matter of minutes and these Crossings were made mostly at night, they would tell how they made it through these storms successfully but for some it ended in disaster.

In my middle teens I began to ask questions after the story had been told and they would answer those questions, I have been lucky that I have had a excellent memory and in my late teens after high school I started earning my living in the commercial fishing business, I had worked with many of these fishermen who did involve themselves with some of this bootlegging some only once or twice during prohibition but there were a few who did it consistently.

These few would be asked by the mobs to bring a load across maybe only once or twice a week and then sometimes skip a week and they did it only for the money and maybe some adventure, after quitting the commercial fishing business I still asked questions of my relatives along with some of my friends about details of the bootlegging era which I marked down on paper and then some answers remain in my memory. After earning my living in a few different occupations I went to work in the motion picture industry as a studio driver, many times on location dealing with the transportation needs for the camera and watching different stories on different shows it occurred to me I did have some stories that should be told.